From Forward Labs to Makers Academy – with Evgeny Shadchnev

Do you want to become a web developer in 10 weeks? Try Makers Academy.

Earlier in the week, I had the opportunity of speaking with one of the co-founders of the company, Evgeny Shadchnev. Makers Academy is a highly-selective, 10 week full-time course that teaches web development. 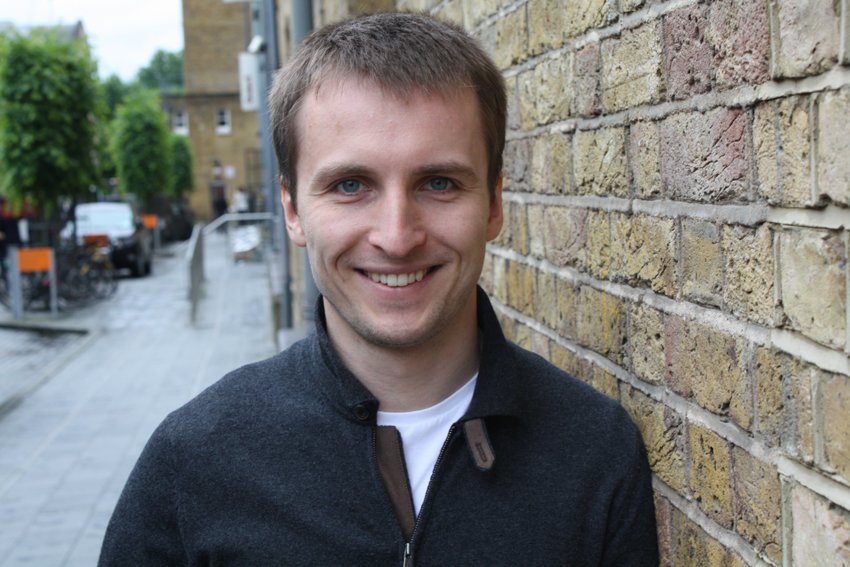 Hi Evgeny, It’s nice to have you here on YHP.

Thanks for inviting me!

Of course. I’m a software developer by training but I always saw my skills only as a means to create new products, to change the world. I like writing code but I like creating new products and services even more.

When did you get the entrepreneurial bug?

Ever since I learned how to code I’ve been building various projects for fun but I didn’t have the intention of building the next billion dollar business when I was 19, I was doing it just because it was fun.

I started my first company a few weeks after I graduated from the university. It wasn’t a massive success but it taught me the basics I needed to know. I still remember the thrill I got when I received the first cheque from the first client – it felt absolutely amazing.

How did the idea for Makers Academy come about?

My co-founder Rob and I were with Forward Labs at the time, a startup foundry, so we were discussing new ideas all the time. In November last year we had a chat in a black cab about how cool it would be to alleviate the lack of Ruby devs in London by teaching people to code from scratch. At the time I thought nothing of this conversation but Rob spent the weekend researching it. When he shared his findings, it became obvious that this business could be very promising.

We didn’t want to waste any time, so we set ourselves a hard launch date in mid-February and stuck to it. To make it happen we needed to find a brilliant teacher to help me, find the office space, buy and assemble the furniture, create the curriculum, connect the internet, find the equipment… However, the real hard work started once we started teaching because we were teaching 9 to 6 and then running the business – hiring, planning, blogging, networking, etc. – until midnight.

What is Makers Academy? And what are you trying to solve with it?

Makers Academy is an immersive, full-time introductory course into web development. There’s an incredible demand for Ruby developers (in fact, one Ruby developer recently compared them to the extinct dodo bird). At the same time, there are lots of people looking to become software developers – it’s a very rewarding profession and the fact that the software industry is largely immune from recession doesn’t hurt either. Makers Academy helps to get a head start in software development by helping to learn the fundamentals in the most efficient way.

How have you been able to fund the company so far?

Forward Labs provided the initial funding to get the company off the ground. However, having lots of paying students also contributes to running the company.

What advice can you give to entrepreneurs looking to raise investments for their start-ups, especially in the UK?

First of all, avoid raising money if you can. The only good time to raise cash is when you don’t really need it (for example if you can grow at 1x without external cash but you’d like to grow at 10x with more cash). Raising money will not only involve losing some equity but will also be a massive distraction.

If you think you may need to raise money, start connecting the dots as early as possible, so that by the time you need a term sheet, you already have relationships with investors. Network a lot, build awesome things, speak at conferences – make sure your network is in place by the time you need it.

Let’s put it this way, never in my life have I worked as hard as I did in those first few months. It felt amazing but I had to put my life on hold; we didn’t do much else but work and sleep. When we could afford to take a day or half a day off on a weekend it felt like a long awaited holiday.

Despite this, it was obvious that this hard work was paying off. The important metrics were going in the right direction and I was happy with the students’ progress. After the first couple of months things began to settle down a little bit. A couple team members joined our team making the overall load much more reasonable.

Initially we got the first students from social media, mostly from Twitter. However, since we were the first company in London to launch an immersive web development course we got quite a few applications from word of mouth referrals.

What are the most crucial things that you have done to grow it?

We’ve done three things that really helped. Firstly, we focused exclusively on a single, immersive course. We are laser-focused on building the best introductory web course in the world and we don’t want to switch our attention to other things until we nail this one.

Secondly, instead of running courses one after another, we chose to run smaller classes in parallel because it shortens our feedback loop. Running classes in parallel allows us to improve the curriculum for the next cohort before the previous one finishes.

Finally, we absolutely refuse to compromise on the quality of the students. Despite having received over 200 applications so far we have only accepted around 30 students on the course. The course is fairly intensive, so we are only selecting the students who we believe have a fair chance to make the most out of it.

Without any doubt the best thing is the feedback we get from happy and satisfied students who thank us for their experience. When I read yet another blog post or a tweet by a happy student, I know we’re building something awesome.

What should we be expecting from Makers Academy in the coming months?

We’ve just hired an absolutely amazing person to join our team but we can’t break the news until the start day. What I can reveal, though, is that we’ll continue working on our curriculum and teaching process to make sure we provide the best web development course!

Firstly, don’t try to come up with a clever idea. Instead, find a problem worth solving that not many people are working on right now. Secondly, try to leverage lean methodologies. Use customer development to help you guide your product; don’t invest much resources until you have data guiding you. Finally, read one of the most important business books I ever came across: Principles by Ray Dalio. It guides my day-to-day decisions and I hope you’ll find it just as useful.