Trust not the Butterfly… 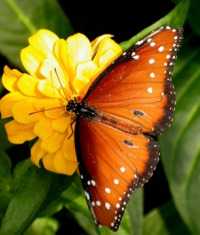 My hubby is fascinated by nature, he loves watching the discovery channel. You can imagine how that went down with a science phobic person like me, oil meeting water. Gradually though, I have opened up my arms to the animal kingdom and I have also become marvelled at the little things you can learn from careful observation. I recently have made a discovery about what love is based on such David Attenborough type adventures into the world of nature. Countless times the question has been asked ‘how can I tell if I am love?’ and there have been many answers most of which have lined the pockets of love deprived actors and musicians. For many the litmus test for being under the influence of this great phenomenon has always been the fluttering of internal butterflies when your beloved is around. Those who believe in this extraordinary method of detection say that you feel light headed and your heartbeats form the loudest and deepest bass line for love songs worldwide. It is a wonder then that love could be likened unto the life of a butterfly when the average life span of an adult butterfly is approximately one month and the smallest butterflies live only a week or so? Surely this tragically short lifetime shouldn’t be used to speak about what drives many to make long term commitments. If these butterfly feelings are what are being relied upon to form a basis for life changing decision, then this could explain why modern marriages expire so quickly. Clearly marriages of old used ‘swan feelings’ as their indicator, as these graceful features mate for life.

Butterfly feelings are like hurricanes sweeping you high into the sky where you spend every second by your beloved’s side...until that one fateful day. And that day comes to all, where your rose tinted Gucci sunglasses fall off and you realise that you are attached to the world’s worst chewing gum eater! There comes a point in every relationship when those butterfly feelings take flight and what you’re left with is nothing that can inspire the shakespeare spirit that once consumed your beloved. Though the words ‘I love you’ are said, those butterfly feelings have crash landed and couples are stuck on the desert island that is their marriage, without a paddle and boat to get to the mainland. So, where did all the ‘love’ go? Now that you are safely landed in reality airport, summer wardrobe firmly packed away now what do you do?

Communicating our love for each other is an essential part of a loving relationship. It seems that in the first few moments of meeting our beloved to say what we mean and understand completely what they say. There are no misunderstanding that can’t be sorted with a shower of ‘but you know I love you so much’, a lavish compliment or a Shakespearean love note. Somehow this magical togetherness of thought and speech slowly where love is felt goes away and an eruption of arguments and disagreements begin. Is it that your beloved has been traded in the middle of the night by an evil twin or are their true colours really shining through? Truth is...it’s neither. You are simply speaking different languages and neither of you are trying hard enough to take the time out to translate.

One of favourite sitcoms is ‘My Wife and Kids’ and if you haven’t watched it, you need to break out of your Eastenders and re runs of Sunset Beach routine! My most treasured episode is when Michael (husband and father) was zoned out watching a basketball game and Janet (his wife) came to make a request. Michael looked up from his reclining chair, looked up at his adoring wife, saw her mouth moving but heard only Japanese. He recognised the person in front of him but he couldn’t understand a word of what she was saying, even though in reality she was speaking English. For fear that he would be verbally assaulted for not paying attention, he nodded in agreement. The rest of the episode is a collection of hilarious events that happened simply because Michael hadn’t listened. It’s a similar situation to when I go to the hairdressers and I explain my desired style with a pictorial reference but end up looking like an 8yr old flower girl. Quite clearly I was not speaking the hairdresser’s lingo. Why is it that marriages, friendships and relationships with hairdressers that start out with such great flutters can end up being swimming in confusion? I could be screaming I love you by spending all my credit crunch cash on you but you might not interpret this as love. Why is that you can do all that you know how to do to show someone that you love them yet they are convinced that you do not?

There are 6,900 living languages in this world, spread over just seven continents on this semi-green earth but there are only five universal love languages. Thankfully, none of these languages can be attributed to our dear friend the butterfly. These languages do not depend on internal feelings and aren’t affected by external circumstances. Everyone has a way in which they communicate and receive love. Usually the way you communicate love most frequently, is the way you best receive it. These love languages consist of Quality Time, Gifts, Acts of Service, Physical Touch and Words of Affirmation. I initially concluded that I must speak and receive all five!! After closer evaluation I have discovered that I have a primary love language. If my love language is absent from any marriage or relationship I have, it dies as quickly as a slug covered in salt.

The wisdom of Great Grandma Anita who has been married for 81 years said ’couples these days don’t last long because they don’t take enough time for each other.’ Married in 1928 she currently holds the record for the longest marriage in Uk with her husband Frank. Time is indeed such an expensive commodity. It’s that extra shift or another opportunity to force the hand of your boss towards a hefty pay rise. It is essential that we take time to notice our beloveds’ responses to our actions. Do they seem less of a green goblin after spending an evening chatting about nothing? Then they are probably a native ‘Quality Time’ love language speaker. Are they much more responsive after you have inflated their ego with plenty of compliments? That will be a citizen of ‘words of affirmation’ kingdom. Become the radar for flutters in your home so that the next time you realise you’re running on empty, do the things that send the butterflies into flight. Do your best to stay forever newlywed.