Which Doors Can Criminology Actually Open? 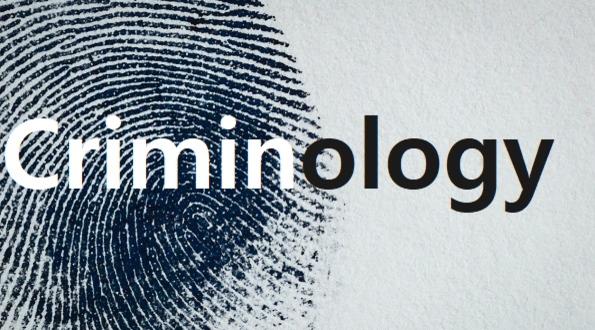 If you know people that watch popular television shows like CSI, NCIS, or Law and Order, you’d be hard-pressed to find somebody that hasn’t wanted to live the life of a detective for at least a day. There is something about the ability to solve significant problems with a cool head that attracts many people to the lifestyle of a crime-solver. Many watching from home that wants to get to that level of policing have an inkling that criminology might be the best way to get their foot in the door. But what exactly can you do with a criminology degree? Are the lives of TV protagonists completely fictional or actually representative of reality in some way?

Criminology is an approach to crime that takes a step back and thinks of crime as a social problem, with societal causes and implications. People that practice criminology research crime from all angles and try to relate how it has effects on their wider society. This is different from criminal justice. If you study criminal justice, you study the systems put in place to detect crimes and then the methods that offenders are prosecuted and punished. It is essential to understand the distinction between the two fields as they take different approaches but are often confused with each other.

The two degrees both equally offer interesting and rewarding career options, and typically come with relatively high job security and job perks like retirement benefits. Many of those studying criminology are attracted by the potential to make the world a better place, which is partly why CSI etc. is so attractive to so many people. Believing that you have left the world better than you found it is one of the most satisfying jobs of them all.

People that study criminology have interests that go a bit deeper than being knowledgeable of specific shows. It’s recommended that they have a good awareness of public safety needs and court system basics, and are eager to learn about forensics and the ability to do social work. Criminology is offered in universities across the world, and as such tends to attract younger students looking to start a long career. However, criminology is a degree that is attracting more and more mature students. This is partly due to the attractive components of criminology. If somebody is looking for a change of career because they don’t feel they are making a difference, they will naturally be attracted to those jobs where they help other people. As a result, 100% online courses are available, where everything from coursework to lectures can be done remotely with no prior law enforcement experience. Doing a criminology degree online is often preferred by those who have a part-time job or commitments like raising their children, so they can’t study full time.

What careers can you do with a criminology degree?

Criminology career options surprise some people with their tendency towards the academic. This is because many of the non-academic career options available to those with the interests of criminology graduates are also available to those without a degree. These include being a police officer, a corrections officer, or a probation/community control officer. If you have a BA in criminology and you want to enter the police force, you may not have as much of an advantage if you want to become a senior police detective. For the most part, that involves a bit of natural intelligence and a lot of hard work and commitment. If you have a BA you can also become a forensic science technician, which is a much more specialized part of the police and justice system, or even a loss prevention specialist.

However, many of those holding a criminology degree have their eyes on a more notable and obvious career option. The job of a criminologist. Criminologists can specialize in several different areas, and often, a doctorate or a master’s degree is required. They are responsible for improving the efficiency of policing techniques, innovating policing in different environments and communities, helping to set up guidelines relating to predictive policing. Criminologists are most often found in institutions that have a bit of distance from the actual daily roles of a police force. They can be employed in think-tanks, public policy or legislative bodies or of course, higher academic institutions like universities. When people become interested in criminology due to their favorite TV show, they are often surprised at how the work of a criminologist is not too hands-on.

So could you be a crime scene investigator?

If you go down the route of forensic psychology and become a psychological investigator, your roles will be similar to some of the roles played by the detectives on your favorite TV show. As you may have guessed, CSI Miami does not truthfully convey the activities of a real-life detective. However, some aspects (like predicting what criminals are going to do next) happen every day in the world of forensic psychologists. Criminologists are fairly different to TV detectives and are much more likely to be the theorists that drive the thinking of police officers (which is still an incredibly important job).

Some argue that the best way of becoming a highly-skilled effective criminal detective is simply by joining the police force or government intelligence agency and working diligently with your end-game in mind. Careers that involve policing and interactions with criminals are often driven by methods not taught in academic institutions that come purely from experience and the ability to hone your natural instincts, which comes from practice. Sadly, if a highly skilled detective on TV is a young prodigy, it is probably for the benefit of entertainment instead of a desire to represent real life.