UK property investment: Where should I invest? 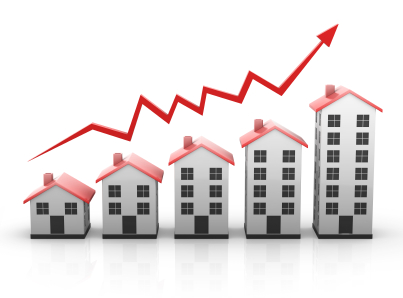 When it comes to property investment, it’s important to always do your research on the areas that can offer you the best return on your investment. Without this research, it’s easy to invest in the wrong cities and end up harming the success of your investment. If you’re interested in investing in the UK property market, here are two cities that are ticking all the boxes for a worthwhile and lucrative venture.

Liverpool is one of the best cities to invest in, both now and in the future. Liverpool is outperforming other UK cities when it comes to property price growth, with a 7.5 per cent rise recorded during the end of 2018. Not only this, but this city boasts some of the most attractive rental yields in the UK. The city as a whole has an average rental yield of 5.05 per cent, while a number of postcodes have offered yields as high as 11.79 per cent.

With a large student population of over 70,000 along with the fastest growing city centre population, it’s no surprise that Liverpool makes such a great spot for buy to let investments. Buy to let investors in the city can benefit from consistent demand from desirable tenants like students and young professionals, who are often prepared to pay larger amounts for a high-quality property.

Regeneration projects have been put in place for this Northern city, such as Liverpool Waters which will transform the waterfront area of the city centre and create an exciting new neighbourhood. These type of projects will not only benefit the city’s residents but also attract worldwide interest which will strengthen the economy as a whole.

Another thriving Northern city, Manchester is a great option for property investors looking to make their mark on the UK. The property market in Manchester is one of the strongest in the UK, with average rental yields of 5.55 per cent and house price growth predictions of a huge 57 per cent by 2028.

Much like Liverpool, Manchester is a strong student city, with an ever-growing student population and the largest single-site university in the UK. More recently, there’s been a rise in the number of Londoners moving to Manchester, many of which are young professionals. The affordability of Manchester and other Northern cities is attracting more young people who want to buy their first home while enjoying a better quality of life. With fantastic business opportunities like those at MediaCity, home to the BBC, ITV and many more big names, it’s no wonder that aspirational young people are being drawn to the city.

A high level of demand from these type of young professional tenants and students is always a good sign for buy to let investors, guaranteeing a stream of tenants year after year. RW Invest is a property company with stylish and modern city centre apartments that appeal to this type of tenant and bring investors some attractive rental yields. Capital appreciation is also a strong prospect in Manchester, with regeneration projects that will improve transport in the city and introduce new leisure attractions and housing for the city’s residents.