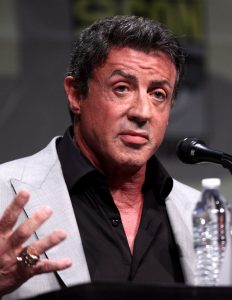 The “hustle” is everywhere these days. It’s become the de facto mantra of working hard, working smart and working to take the long view. Of course, these are common characteristics found in every successful entrepreneur. But those setting out to build their businesses and write their paychecks don’t monopolize the hustle market. There’s plenty available to anyone willing to put in the long hours and dedication required to master a craft.

Takes creatives breaking into the entertainment industry. Showbiz is a notoriously hard nut of a profession to crack given the immense number of talented individuals competing for a few opportunities. Whether actor, musician, comedian, author or social media personality, there’s no doubt that entertainers are entrepreneurs.

Here’s a look at five showbiz stars who are anything but overnight success stories. Just like the typical rags-to-riches stories of so many entrepreneurs, these celebs ground it out through adversity for years to make it in the industry.

British author J.K. Rowling, the brains behind the Harry Potter universe, published the series’ first installment in 1997. Three years before, she was divorced, unemployed and raising her daughter on government assistance. Unable to afford a computer, Rowling hand wrote the manuscripts to the first two Harry Potter novels and used a typewriter to produce each copy shopped to publishers.

Her efforts were rejected dozens of times until Bloomsbury Publishing, a small, independent publishing house in London, rolled the dice and released “Harry Potter and the Philosopher's Stone.” Rowling’s perseverance paid off, and she went on to sell more than 500 million books, becoming the most successful nonfiction author of the last 25 years.

Tyler Perry is a director, screenwriter, actor and comedian. He’s also one of the highest-paid forces in entertainment, even topping the Forbes list of “The Highest-Paid Men in Entertainment” in 2011 with $130 million in earnings. The creator of hilarious-yet-poignant TV shows like “Meet the Browns,” and the “Madea” film franchise, Perry suffered an abusive upbringing and several documented suicide attempts before breaking through in showbiz. His first venture as an entertainer was writing, producing and pouring his life savings into the theater production “I Know I’ve Been Changed” in 1992. Only 30 people attended the play, and it was considered a failure.

Nevertheless, Perry remained persistent. He staged the same show for the next six years, often working odd jobs and sleeping in his car to make ends meet. On its seventh run in 1998, a restaged version of “I Know I’ve Been Changed” became a hit with audiences, paving the way for Perry’s first movie deal and eventual status as a media mogul.

Bruno Mars is a globally recognized brand as a talented singer, songwriter and performer — the quintessential all-around entertainer. Prior to achieving platinum album sales and sold-out world tours, Mars grew up in poverty in Hawaii. His large family lived in a one-room building on park grounds. The home lacked a bathroom for a time, forcing the family to walk outside to use another facility. Despite the meager resources, Mars held firm to his lofty musical ambitions, moving to Los Angeles at the age of 17 to work in the industry full-time.

The years Mars spent forging his talent and grinding in obscurity landed him a record deal with the famed Motown Records. Eleven Grammy awards and 180 million singles sales worldwide later, Mars proves that embracing struggle is just part of the path to success.

Sylvester Stallone has been an iconic Hollywood tough guy for decades; however, his rise to fame was anything but easy. For years, Stallone lived as a struggling actor in New York City, refusing to take a job so he could devote all his time and energy to his craft. Along the way, he became so destitute at times that he had to sleep at a bus station, sell his wife’s jewelry and even hawk his beloved dog for $25 in front of a liquor store because he could no longer afford to feed him.

When seemingly all hope was lost, Stallone got inspired by a Mohamed Ali vs. Chuck Wepner boxing match to write the screenplay telling the ultimate underdog story: “Rocky.” The script generated early interest from a studio that offered up to $350,000 for it with the contingency that Stallone not appear in the movie. However, Stallone was relentless in his quest to play the lead role in “Rocky,” and eventually, worked out a compromise with the studio. He was paid $35,000 for the script and permitted to play the role of Rocky Balboa. Stallone then used $15,000 of his overdue payday to locate the man he had sold his dog to and buy back the bull mastiff. “Rocky” went on to grab three Academy Awards and launch Stallone’s career into the stratosphere.

Comedian and actor Kevin Hart is one of Hollywood’s most in-demand names these days, but it wasn’t always that way for the hardworking funnyman. His upbringing in Philadelphia was marred by poverty and his father’s frequent jail stints. To escape the harsh realities of his surroundings, Hart launched his stand-up career without much fanfare. It took years of consistent touring and hundreds of appearances for Hart to find his unique comedic style.
Through much grind and determination, Hart muscled his way to the top of the stand-up world and onto the big screen where he stars in multiple blockbusters a year. The estimated $32.5 million he brought home in 2017 places Hart among Hollywood’s top-earning actors. Today, he works as hard as ever. A secret to Hart’s hustle is the variety of projects that he gets involved with. From commercial for Nike, to his association with PokerStars and his worldwide ongoing tour.

These celebrity success stories prove there’s no substitute for hard work and commitment. As entrepreneurs, we are often overwhelmed by the demands of the hustle immediately in front of us. It’s refreshing to look outside of ourselves and our industries to gain perspective on how those that struggle come out on top is universal, regardless of the desired outcome. And while many entertainers appear as overnight successes on the surface, nothing could be further than the truth. Most are years-in-the-making and embody the same work ethic and hustle synonymous with top entrepreneurs.