I recently had the pleasure of speaking to Peter Ramsey, founder and CEO of Movem - an online property rental company where tenants can discover, review and compare rental properties. 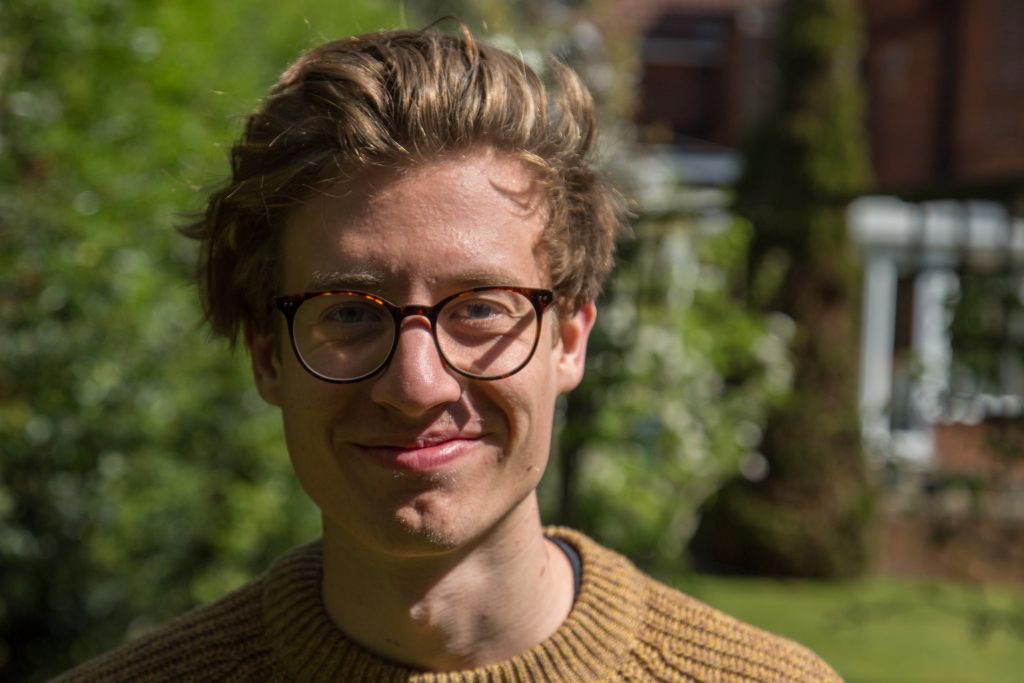 Hi Peter, thanks for agreeing to share your story on YHP. Can you give us some background information about yourself?

Sure, I’m a university drop-out, I’m 24, I’m obsessed by tech and I’m the founder and CEO of Movem.

Oh, loads. What I’ve learned is that it’s incredibly hard to convey how stressful and demanding a start-up is. You can listen to people say “I gave it everything”, or tell you how proud they are that they work 12 hour days, but after a while one becomes numb to it.

Everything goes wrong, and plates that you thought were spinning come crashing to the floor, often all at the same time.

What is Movem? And what are you trying to solve with it?

Movem’s mission is to make renting fairer and more transparent, and our most recent service is an instant tenant reference, combined with a tenant rental Passport.

Imaginatively, we called it Passport, and it takes an outdated process that takes days, if not weeks, and makes it instant.

We’ve raised £750,000 so far through 3 rounds of fundraising. The two most recent rounds being crowdfunded on Crowdcube.

What advices would you give to entrepreneurs looking to raise funds for their start-ups?

Don’t, unless you absolutely have to. And even if you think you have to, then try not to. Money doesn’t solve every issue, and it’s important to get the product right first.

The first few months of starting a company is pretty magical. The ideas seem to flow, there are a hundred directions you could take the company, and every day you can make radical changes.

You’d have one conversation with a friend, and off the back of a tiny comment make a major change to what you were doing. Such small decisions at the time, but looking back they really shaped the company.

It’s said that a person does half their learning by the time they’re 5. A start-up is quite similar. Those first few months define you, and set out your ethics, ethos and mission.

Initially, Movem grew around Bournemouth University - where I was studying - and then university to university, campus to campus.
I’d say there’s a difference between traction and usage though. I see so many companies that claim traction of ’10,000 monthly users’, but in reality they’ve had 10,000 unique visitors.

To me traction is something more deeply ingrained. Are you growing at speed? Are those users staying? The ones that come, how long do they stay for? How many clicks do they do?

In the earlier days I thought we were growing, but in reality we were just spending more money on advertising. Now, when we say we’re growing, I know we’re growing in meaningful measures.

Learn about how to use MixPanel, A/B testing, and user testing properly. And they really require studying.

MixPanel is such a powerful product, underused by most. Also, call your users, on the phone, and speak to them about what you’re doing. Listen to their reactions. Do they like it or not?

That’s actually a tough one. There’s something truly magical about raising money for the first time. I went from not paying myself a penny, and working out of my bedroom, to having £140,000 in the bank and finally being able to pay myself a wage.

That first time is special though because of the way you progress. I rented an office, and got the Movem logo on the wall outside. It felt huge at the time.

Also, I was earning money. And there’s something tangible about being able to tell people that you earn stable money. Before then it was a hobby, now it’s a job.

What should we be expecting from yourself and the Movem team for 2018?

1) Read more. Seriously, find the time. And not ‘what business school didn’t teach you’ type books. Instead, read something you're interested in. For me, it’s about financial markets, decision-making and general psychology. I always have 4/5 books on the go.

2) Hunt the wins, and dismiss the losses as quickly as possible. I have weeks where everything is going to plan, then in the space of 15 minutes it all comes crashing down. You need to keep your eyes on those wins, and celebrate them when they come. When we get bad news, I tend to tell myself “I can lick my wounds for tonight, and feel sorry for myself, but tomorrow I’m looking for that next win”.

3) Value your team. The best decisions Movem has made have come from us, not me. If we built Movem my way, it’d be terrible. Instead, value those around you, and give them the flexibility they need to come up with new ideas. Often these ideas will contradict yours, so have the patience and restraint to not just say no. Your job is to say yes, not no.