Interview: How Gabi Cox Turned Chroma Stationery From a University Project to a Business

When Gabi started Chroma Stationery as a final year project she didn’t think much of it despite writing a business plan, creating a product, branding, and even building a website.

Soon after graduation she quickly realised all of her efforts would go to waste if she didn’t do anything and couldn’t give it up. She officially launched the brand after a successful Kickstarter campaign soon after. 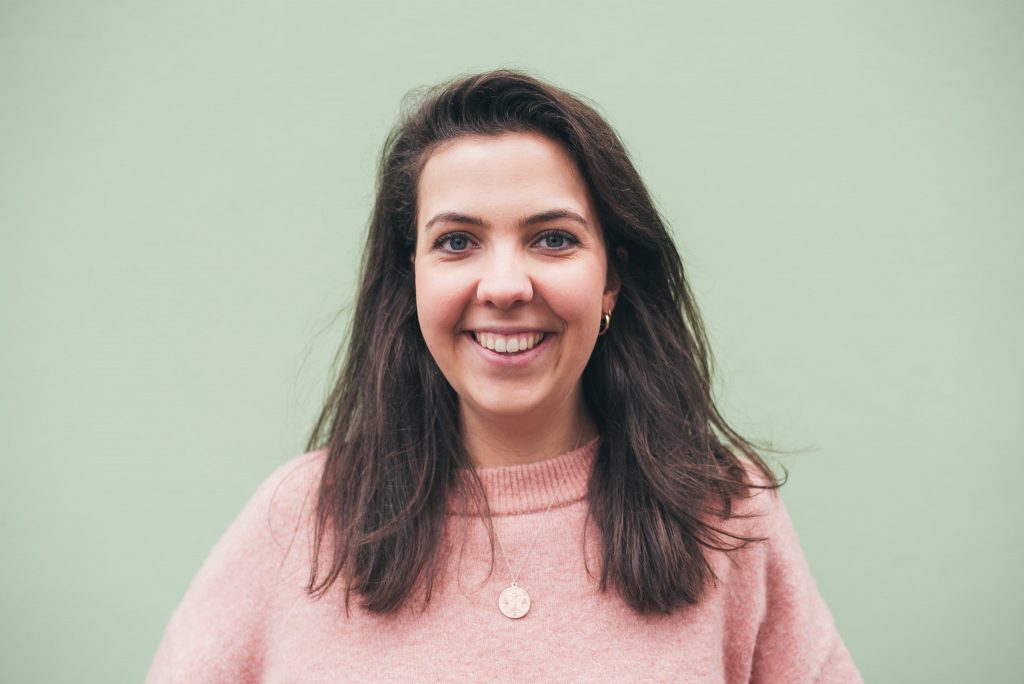 Hi Gabi, thanks for agreeing to share your story on YHP. Can you give us some background information about yourself?

Hi, thanks for having me! I created Chroma Stationery in April 2014, whilst in my final year at University for the Creative Arts.

It was my final major project and I couldn’t create anything hypothetical, so did all the ‘hard work’ before my hand in; I wrote a business plan, created a product, completed the branding and launched a website. After graduating I decided I couldn’t give Chroma Stationery up and decided to run a Kickstarter campaign before launching the brand officially in November 2014.

I have lived in Bristol since March 2017, and have fallen in love with the city.

The Kickstarter campaign I ran, to first launch the brand, was very tough - it took a lot to gain the money I needed and it was far more stressful than I imagined asking people for money. I’m also naturally quite a perfectionist, so I struggled with not having my ideal, ‘perfect’ product or website in the early stages.

What is Chroma Stationery?

Chroma Stationery is a brand that’s all about colour and I strive to create products that put a smile on people’s faces. Each product is made to order and can be completely personalised, allowing every customer to create their dream piece of stationery.

I supply to both individuals who buy through my website (across 28 countries so far) and in bulk to fellow brands and businesses, the likes of American Airlines, Boots & ITV, for things like events, workshops & gifts.

I initially funded Chroma through a crowdfunding, Kickstarter campaign. That, along with a two year no interest credit card allowed me to purchase my first machine and 1,000 notebooks. I paid that all off quickly and have since been completely self-funded.

It was a hugely exciting time. Chroma evolved from my University project, so I never anticipated its growth, so I don’t think I could quite believe it. It was quite a nerve-wracking time, launching a new brand but I just went for it. The growth was quite quick and I was very busy tweaking things, it was a steep learning curve.

From the very start I have used social media and influencer marketing. It’s always worked brilliantly and is something I really enjoy. I studied marketing and promotion modules at University, so it’s something I’m very interested in, outside of running Chroma Stationery.

I sent out some personalised stationery to some of my favourite influencers, including Lily Pebbles, who mentioned her notebook on a YouTube video. That night I went from a handful of orders a week to 60 a day for the three weeks running up to Christmas.

Asking for help and advice has been crucial. I have brought on people who are amazing at what they do to run our blog, newsletter & graphics elements of the business. My mindset has also been an important part of Chroma Stationery growing and succeeding. I am currently part of a NatWest Entrepreneur Accelerator program which has helped me grow my confidence hugely.

Forming a community of like-minded, brilliant business owners, both off and online has also been fundamental in Chroma’s growth. I can call on these amazing people for advice and support which is so great.

Business wise, producing a large number of branded notebooks for American Airlines was a huge turning point. In Christmas 2016, Zoella, mentioned her personalised 2017 Chroma diary to her 11million strong audience - this was a hugely exciting. Although my website live chat crashed and I had an incredibly busy few weeks - it was amazing. I was also recently named as one of Startups 15 Entrepreneurs to watch in 2018, which was pretty cool!

What should we be expecting from yourself and the Chroma Stationery team for 2018?

A huge amount! The year is going to be very exciting, I can’t wait! The team will be growing further and there are new products being released which is always a lot of fun. I’m also hoping to continue talking on podcasts and panel talks, it’s something I really enjoy.

- Be kind to yourself: take breaks & don’t give yourself a hard time when things go wrong.
- Ask for advice: don’t feel you have to do everything yourself.
- Just go for it!