How Tessa Cook is tackling the food wastage problem with OLIO

You’ve got too much food, and you’re thinking only if there was a way I can share surplus food with neighbours rather than throwing it way. Well, there is, and all you have to do is simply take a picture of the item and add to OLIO. Neighbours then receive customised alerts and can request anything that takes their fancy. An agreed location is then decided and pick-up takes place often the same day.

In this interview, Tessa Cook talks to us about how she is using OLIO to combat the food wastage problem. 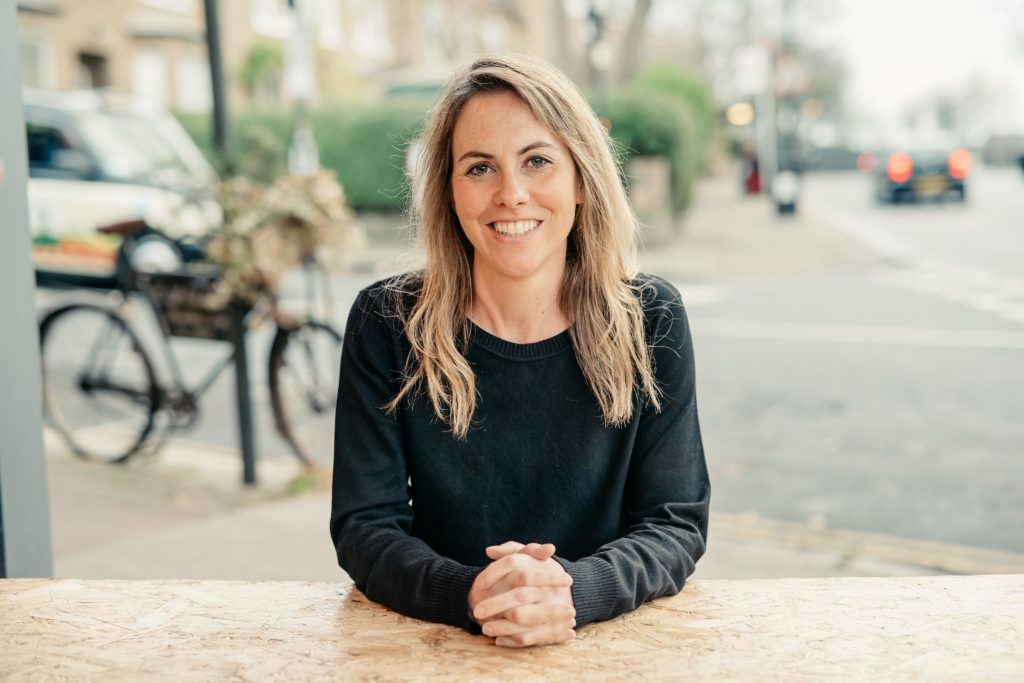 Hi Tessa, thanks for agreeing to share your story on YHP. Can you give us some background information about yourself?

I’m a farmer’s daughter from North Yorkshire and so had a childhood that involved LOTS of hard work, but also being outdoors and with animals, and so it was absolutely amazing – never a dull day!

After studying at Cambridge University for my under graduate degree I moved to London for my first job which was as a strategy consultant. I then spent the next 15 years having a fairly classic corporate career that spanned media, retail and financial services, all in digital and general management positions. Whilst I accomplished a lot, I never felt truly fulfilled or passionate about my career, until I founded OLIO.

How did the idea for OLIO come about?

The idea for OLIO came three years ago when I was moving country and found myself on moving day with some good food that we hadn’t managed to eat, but that I couldn’t bring myself to throw away. And so with my newborn baby and toddler in tow I set off on a bit of a wild goose chase to try and find someone to give it to, and I failed miserably.

Through the whole process it seemed to me crazy that I should have to throw this food away when there were surely plenty of people within hundreds of metres of me who would love it, the problem was they just didn’t know about it. And so the idea of OLIO, a mobile app where neighbours and local shops & cafes can share surplus food, came about. Most people I told the idea to thought I was crazy, but I shared it with my very good friend Saasha Celestial-One, and she immediately got it! As you can probably tell from her last name, her parents were hippies, and so like me, she was brought up with a keen appreciation of the value of food and the world's precious resources!

What is OLIO? And what are you trying to solve with it? 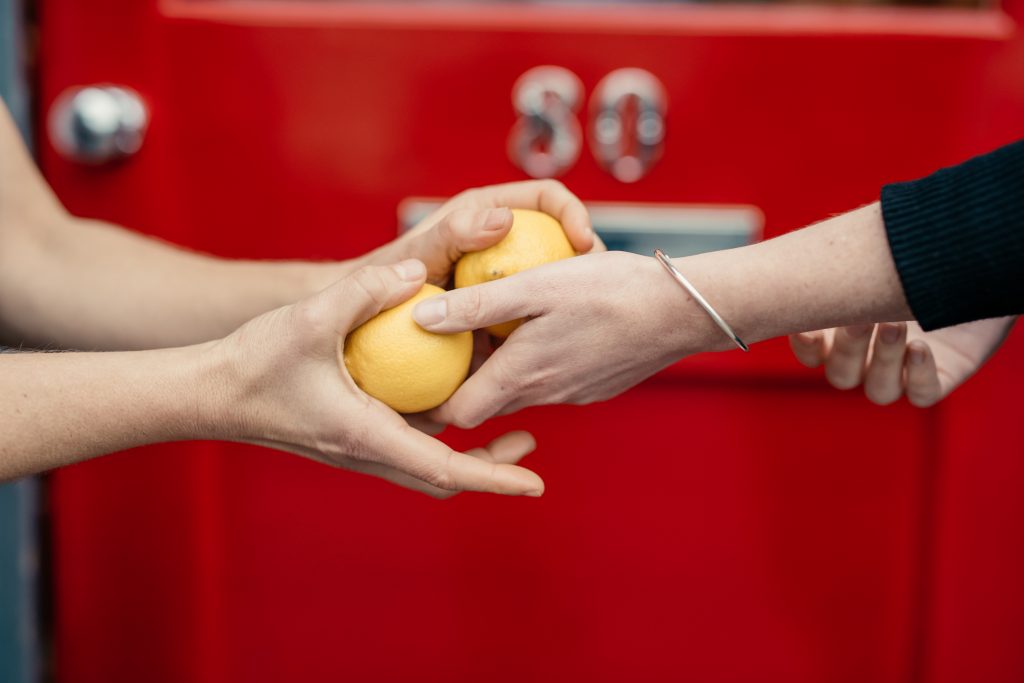 OLIO is a free app that connects neighbours with each other and with local shops & cafes so that surplus food can be shared, not thrown away. Users simply snap a picture of their items and add them to OLIO. Neighbours then receive customised alerts and can request anything that takes their fancy. Pick-up takes place - often the same day - at the home or another agreed location. Items typically found on the app include food nearing its use-by date from shops, cafes and markets; spare vegetables from the allotment; cakes from an amateur baker; or groceries from household fridges when people go away, move home or start a diet. All the food on OLIO is either available for free, or for a ‘pay as you feel’ donation to charity. OLIO also has a non-food section for other household items such as toiletries, kitchen equipment, books, toys & clothes.

The problem we’re solving with OLIO, is the problem of food waste. Sadly, it’s no exaggeration to say that food waste is one of the largest problems facing humanity today. Globally, over a third of all the food we produce is thrown away, which is worth over $1 trillion, meanwhile 800m people go to bed hungry each night. Food waste is also really bad for the environment – a land mass larger than China is used to grow food each year that is never eaten, and if food waste were to be a country it would be the third largest emitter of greenhouse gases, after China and the USA. But what a lot of people don’t realise is that in the ‘developed’ world, over half of all food waste occurs in the home. And so in the UK, households bin over £13bn of edible food p.a., at a cost of £700 to the average family! And yet at the same time, we have 8m people living in food insecurity in this country, half of whom are living in severe food insecurity. The whole situation is absolute madness.

And as if all of this wasn’t bad enough, we have another 2.3 billion people joining the planet by 2050 and we currently have no idea how we’re going to feed us all. Here at OLIO we’d suggest that a great starting point would be to stop wasting the food we currently have!

OLIO is a classic ‘network effects’ business, which means that the more people who use it, the better it is for everyone. However as a startup with a marketing budget of close to zero, it can be very hard to acquire new users. And that’s where our Ambassador programme comes into play – thousands of volunteers are spreading the word about OLIO in their local communities, which gives us a very high quality, low cost route to market.

Another challenge is solving for the ‘chicken and egg’ dilemma. We quickly learned that in our marketplace, supply is king. And so in the very early days we relied on our Ambassadors to raid their cupboards and share via OLIO in order to get things kick-started. With time however, we have now started working with retailers which is a much more scalable way to break the ‘chicken and the egg’ conundrum.

Finally, one of our biggest challenges continues to be encouraging more users to take the leap of faith and add or request their first item! It can be hard to believe that anyone will want your surplus food, but they most certainly do as 40% of food listings are requested in less than 1 hour and 75% in less than 24 hours! Once a user has given it a go, we find that almost universally they love it because sharing food feels great and meeting a neighbour is fun 

My Co-Founder Saasha and I bootstrapped OLIO for almost a year. Since then we have raised two rounds of equity financing, from angels, VCs and impact investors. This has enabled us to bring on a team and grow the business to where it is today.

What advices would you give to entrepreneurs looking to raise funds for their start-ups?

Two pieces of advice: first, the better your metrics are, the easier it is to fundraise! So really focus your energies on your user funnel and check that you don’t have a ‘leaky bucket’ anywhere. Second, make sure to start networking and meeting with investors a long, long time before you need financing e.g. ideally a year before. That way you have the opportunity to build relationships and see who is a good fit before you go into a fundraising round.

The first few months definitely felt like we were “faking it til we make it”, and so we were doing almost everything manually to make things work, and the numbers we were dealing with were embarrassingly small. It was an awful lot of hard work, coupled with the occasional self-indulgent fantasy that suddenly everything would ‘take off’!

We made sure to start really small and so our initial pilot was just in 5 postcodes in North London. We stayed in pilot mode for 6 months which was really important as it gave us time to learn, and to iterate the product.

One of the most powerful things we’ve done is to harness the passion, energy and creativity of thousands of volunteers – OLIO Ambassadors we call them – who are spreading the word about OLIO in their local community. We have 18,000 and counting, and it’s thanks to them that we’ve seen food successfully shared in over 30 countries so far!

We’ve had lots of highlights – and just as many lowlights too! Some of the highlights include the first time an item of food was shared via OLIO – it was a home grown lettuce in July 2015; closing our first round of funding which meant that we could bring on a team; and spending the day with Jimmy Doherty & Jamie Oliver filming about OLIO for their TV show Friday Night Feast!

What should we be expecting from yourself and the OLIO team for 2018? 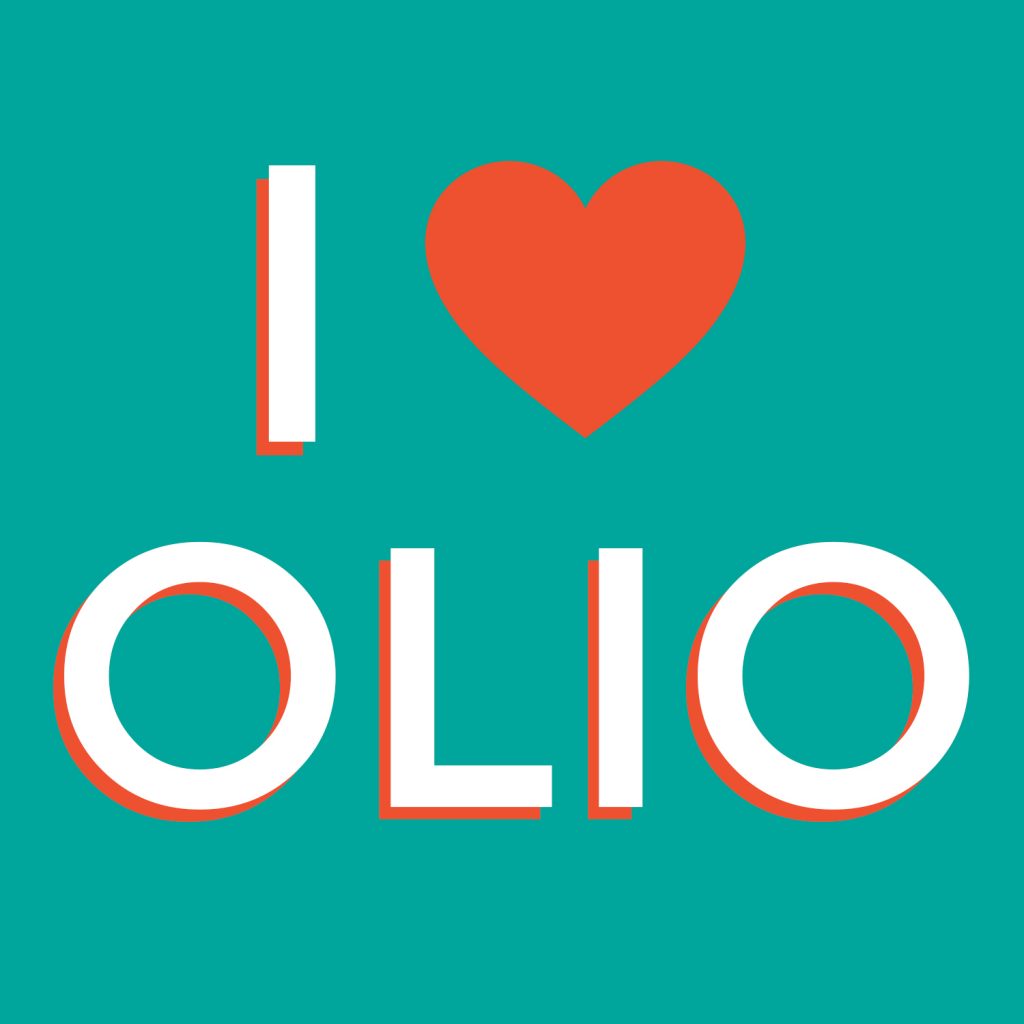 We closed out last year on 340,000 users, and we’ve set ourselves a target of 1 million users by the end of this year! So there will be a big focus on growth. We are also going to invest heavily in product and in particular bringing content and community into the main app experience itself, and providing users with a more customised experience based on how they want to use the app. Finally, we will also be rapidly rolling out our “Food Waste Heroes” programme to hundreds of high street retail stores, thereby enabling them to have zero food waste, as our volunteers will collect their unsold food at the end of the day, take it home and add it to the app to redistribute to the local community.

Make sure that you are truly passionate about the problem you are solving, and ensure that this translates into a very strong mission for the company.

Read ‘The Lean Startup’ and ‘The Mom Test’ if you haven’t already, and really absorb the incredibly important messages that both contain; listen and learn via podcasts too.

Make sure to enjoy the journey as you only live once!