It’s Healthcare – But Not as We Know It 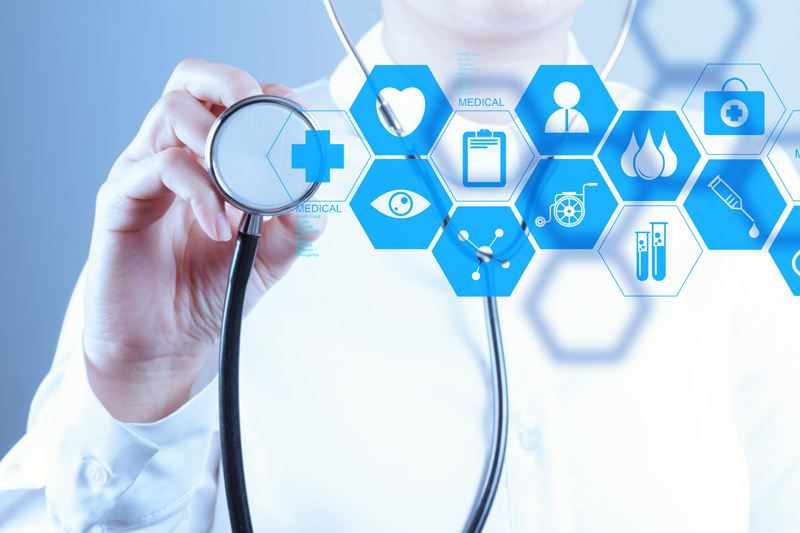 The UK’s healthcare industry and NHS in particular is never far from being berated in our national media. Lack of staff, lack of beds and lack of both treatments and money have left us with a blame culture that no one really knows how to fix.

Let’s just be really honest here for a second, we are all guilty of bashing our local doctor’s surgery or A+E waiting times, and I get it – I really do, it’s frustrating and no one wants to hold their hands up and be responsible for the problems. But I still defend the healthcare system that treats everyone as an equal and doesn’t neglect those who cannot financially afford to get better, because diseases like cancer don’t discriminate and neither should we.

We have already shunned the ‘greedy’ politicians that are trying to run the system like a business, so who do we look too? Its 2015, so of course we look to the revolutionaries, the visionaries and the innovators. We look to those who before now probably would’ve been criticised for pitching ideas that are not feasible in the outdated, draconian way the healthcare sector has been run.

Whilst the digital world is blending into medical innovation, the entire business world is gearing up for a shift in focus towards becoming truly customer centric – another rejuvenated concept that will only serve to improve the healthcare experience.

The legacy of a hospital experience is more often than not, one that is heavily criticised; but by simply embracing relatively simple innovation, that is ultimately underpinned by superfast connectivity and cloud based applications the process becomes much more organised and unified in its approach. Fragmented communication between hospital departments can result in frustrated patients and misinformed staff, hindering the treatment process and ultimately skyrocketing costs.

Hospitals up and down the country are becoming paperless in favour of integrated digital patient records that can be updated in real time and accessed remotely, the records are instantly updated each time medication is administered using the ‘Rover’ barcode reader, making the process far more efficient as well as comfortable for the patient who isn’t left explaining (if possible) what they have already received to a confused member of staff who can’t read notes that have been left behind. From a monetary perspective, becoming paperless will save hospitals an estimated £77,000 annually, allowing them to reinvest this money into further improving patient care.

Another high profile area that is rapidly improving thanks to new treatments is Cancer. Traditional treatments of this aggressive disease are at times almost barbaric, often causing incredibly painful and debilitating side effects. October saw the unveiling of a new technology called Next Generation Photodynamic Cancer Therapy; this little known therapy works by producing singlet oxygen, an incredibly destructive form of oxygen activated by light once in the cells. It can be administered orally, injected or via fibre cable during an endoscope procedure. This radical less invasive treatment would greatly improve the lives of cancer sufferers by lessening their pain and improving quality of life as they fight the disease – carrying on the notion of helping the sector to become ‘consumer centric’. It is currently approved for use on 4 types of cancer and trials are being carried out to approve its use on further forms.

However, it’s not just advancements in medical technology that is driving forward a new dawn in the healthcare sector. It is proven time again that millennials hold the social impact of the work in high regard and this new breed of entrepreneur is not afraid of mass, and unlikely collaboration to ensure that the end goal is achieved.  One example of a new approach to problem solving within the healthcare industry is using Hackathons (usually used in coding) and bringing together knowledge and expertise from engineers, designers, physiologists and surgeons to remove barriers and encourage innovation and creative thinking.

Ken Garner, marketing executive from Safe Net Technologies explains about the sheer impact that these initiatives are having.

“There are dozens, if not 100s of these ‘hackathon’ events taking place and these type of fringe activities are becoming more mainstream, and they rely on social media 100% to bring participants together. Safe Net Technologies took part in an event in November for Alder Hey called Hacking Children’s Health. The area we focused on and pitched to the panel was around the global epidemic of the Cyber Bullying of children and the harm it causes through the stress. The hack that was proposed was a solution that uses inbuilt sensors installed in smartphones to detect stress by the user in a non-intrusive way, the phone then alerts the child via a message to let them know their stress levels are rising and to remove themselves from the situation. Hackathons encourage medical practitioners to think in terms of the transformative effect of IT and I think these events will grow in popularity as long as that effect is the main driver.”

Dementia, along with the care and treatments on offer has come under much scrutiny recently due to the rise of the living wage and budgets cuts that were looming before the Autumn Statement.

Hales Care tells us, “850,000 are diagnosed with dementia each year and this costs the UK economy £26 billion. It is vital that sustainable treatments are created to enable those diagnosed to become as independent as possible to boost their confidence and relieve some of the pressure”.

Assistive Technology refers to devices and systems that have been created to enable dementia suffers to carry out everyday tasks independently and safely and it can range from simple induvial objects to fully integrated systems. Helping to keep the patient safe is often a main cause of concern for carers and family, so personal motion sensors are being implemented in homes and care homes that will alert carers if a fall has occurred. The advantages of wearable technology in dementia care have been uncovered in recent years; the tracking capabilities are able to identify and report in real time where a patient is if they have left the house alone, but also by helping to track the progression of the disease by detecting changes in a person’s gait, heart rate, sleep tracking, temperature and alerts for periods where motion has not been detected. As well as using wearables for tracking and monitoring, they can also be used for independent living, via alerts being set for mealtimes and medication.

While there is an incredible advancements when it comes to areas such as organ transplant, research and development, and this should not be ignored as they are also providing patients with earlier diagnostics and faster access. For most of us it is about the regular experience that we come into contact within the healthcare sector, the more efficient it becomes, the more money can be saved in areas that don’t serve to provide ‘consumer centric’ patient care. The barriers will eventually all be removed, for example, iris scanning technology is being introduced into smartphone security, so logically the next step would be introduce that into the NHS, for signing in to an appointment at a GP surgery. A much more effective way for those who find it difficult to communicate or read due to illness, learning difficulties or language barriers?

That is why the transformation of the sector will comes down to the creative thinkers; it will be taken out of the hands of those that do nothing that think of the consequences of the figures and be put into the hands of those who want to wrong the rights. This IS healthcare, just not as we know it.