I've known Rayhan Rafiq Omar for a few years now and have seen his passion for making a change for the better in the world of property. His journey now sees him working on GetAgent. I interviewed Rayhan to learn more: 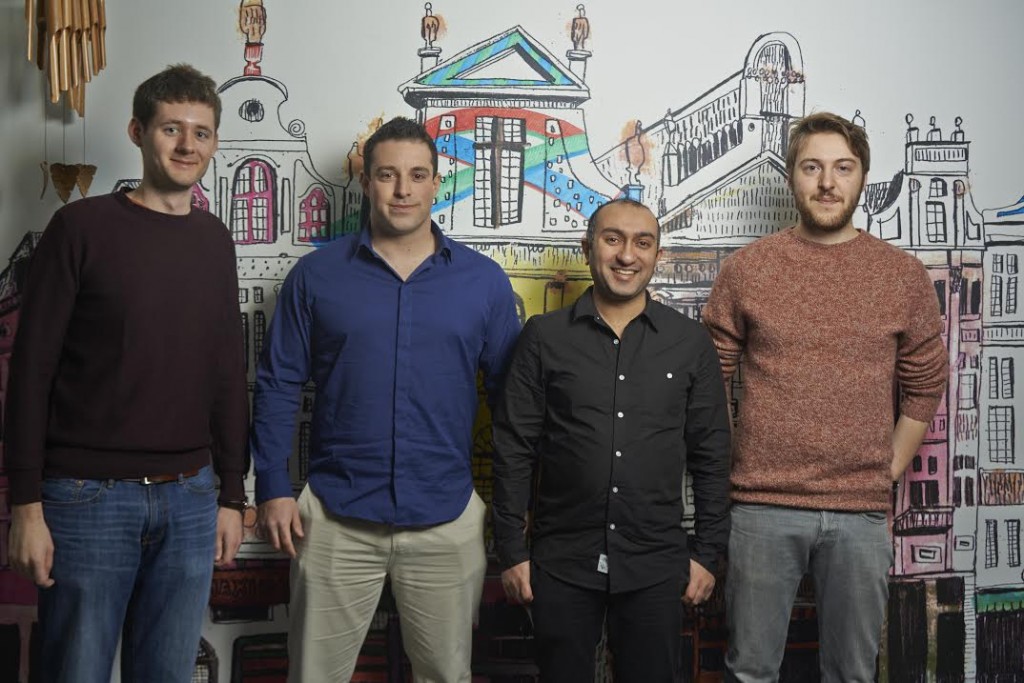 Give me a bit of background to yourself:

I am a property person. I write as The Real Estate Pundit (RealPundit.com) and previously founded an auction for rental property called Wigwamm. As a sole founder, I couldn't ship Wigwamm as a completed product. So after almost two years took a break and was pitching the concept behind GetAgent to a few people. And luckily a few talented people said yes and we started something new. I think it's important to have domain expertise when starting a new business. We really have a team that can lead a wave of transparency in the property world, using objective data.

GetAgent.co.uk uses objective data to rank estate agents in your local area. If you're thinking of selling your home, visit GetAgent.co.uk, enter your postcode and get the best agent to sell your home for more money, in less time. Our local league tables show how much agents sell property for, how quickly and how often they have to lower the asking price (because they over-valued to win the business). We want to be trusted as the first port of call for homeowners thinking of selling their home.

What was the inspiration behind the idea?

I was brought up in a family property business. It pained me that people were losing so much money by choosing the wrong agent to sell their home. As buyers, we would target agents marketing property from far away, knowing we could negotiate a better price. For buyers, Rightmove is the 'norm'. But no one is helping homeowners to sell. There's just no information to differentiate between one agent and another. Then when you see a GetAgent league table and discover there are over 100 agents marketing property within that postcode, you see the scale of the decision problem facing homeowners. Which agent do they choose? And how do they know it's the right agent for them?

We want to be that first port of call for people selling their home. There are 6,500 agency branches within the M25. It's too many, which is why so many people suffer at the hands of poor service. We highlight the better performing agents, so no-one ever suffers again. The flip-side to this is that we're saving good agents from a bad reputation by association. We're highlighting good work.

Where is the service available currently?

We're focused on helping people in London, where the problem of choosing an agent is most acute. After London we'll probably scale to New York or Paris next, as our revenue is directly proportional to property price and volume of sales.

What's makes you standout from the direct and indirect competition?

The data. We transparently show exactly what is going on in your local property market. That insight is massively valuable to homeowners, agents and journalists.

How did you meet your co founders and build the team?

It's a twist on the classic bus joke: I waited two years for a co-founder, and then 3 came along at once. My co-founders are the secret sauce behind GetAgent: Peter (Tech) built and sold FindProperly.co.uk, which is an incredible property portal for London; Seb (Design) founded and exited FlavrBox and recently was Lead Designer at Adbrain; Colby is an incredible sales person, who people cannot help but say yes to when he is on the other end of the phone. He was a country sales manager for sports hospitality group SMG Worldwide.

What has been your biggest challenge since starting the business?

Honestly, fundraising for marketing spend is proving a challenge. We've proven the business model, where we make £1,280 per homeowner that uses our service. So we've proven our business model is very attractive. But investors in London don't like to lead on new concepts. They'll follow a trend, like cleaning-on-demand apps (no offence to the likes of Alex at Hassle.com). There's no appetite for collaboration, supporting people or risk in London (or maybe as wide as Europe).

How do you plan to overcome this?

Our model scales well to other markets, like Paris and New York. We'll likely be in New York by the end of the year, so that we can realise our potential and raise the capital needed to trail-blaze the supply side of property.

What advice would you give any budding entrepreneurs?

Simple means people will understand what you're doing. So stay simple. Found a concept that everybody just 'gets'. If it's complex, or takes too much explaining, you'll need capital to realise your vision over many years. And as I elaborated, Europe isn't the right funding environment for innovative companies. That's why the US has all the 'unicorns' and we have Rocket Internet Group.

When there are geniuses in London like Stef Lewandowski, there should be massive companies being built on products the world loves. If you're a product genius, and don't have wealthy friends and family - build a company in the US if you want to succeed. At the very least, they appreciate effort and support those who fail to try again.