Georgina Pursey founder of Avanatta; micro video sharing that lets you ‘natta’ away all day

Georgina Pursey is one of the founders of Avanatta, the first interactive micro-video sharing social network. The young British entrepreneur is taking on a competitive space in social networking, but thinks she & her co founders have come up with a new angle. It's already picking up traction, including from a number of celebrities so I interviewed her to learn more about the business and her journey. 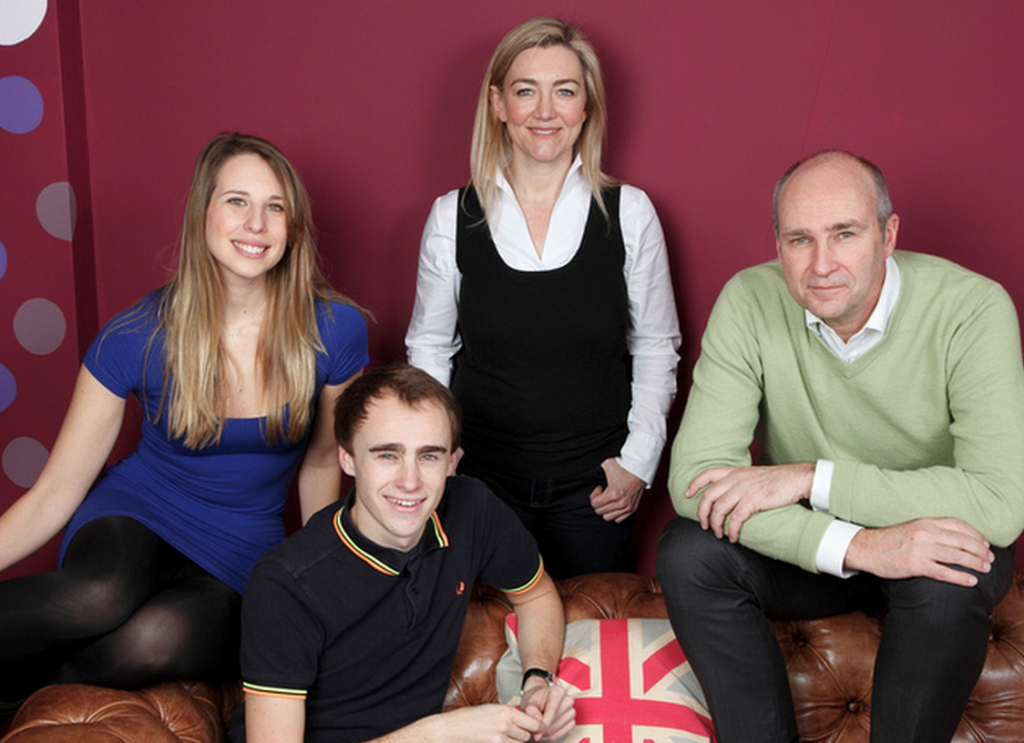 What was your background before starting Avanatta?

Before Avanatta, I was a student studying Creative Writing, although I would probably say that realistically the studying took up 20% of my time, whilst the rest consisted mostly of  procrastination in the form of YouTube, Facebook & iPlayer (Netflix didn’t exist then. If it did, my studying percentage would have been closer to 5%)

To be honest, if watching videos of cats playing the piano could have contributed towards my degree, I would have got myself a first class honors, no trouble at all! Better yet, if I could have been rewarded financially for all of this time I spent watching silly videos, I would have been able to pay off my student loans before even completing my studies!

My brother, a fellow co founder of Avanatta, is still a student studying Marketing & Advertising (he does have Netflix. Enough said!), while my Father, our CEO, has a background in investments, technology companies, disaster recovery and art. Many fingers, many pies.

What was the inspiration behind Avanatta?

For me it was my procrastination that got me to thinking about the need for an app that rewards its users for entertaining the masses.  Celebrities are paid thousands of pounds for providing us with entertainment, while myself and my friends were finding ourselves being far more entertained by people on the internet who had been making and uploading fun videos but getting no reward for their content at all, and this just didn’t quite seem fair!

For my brother on the other hand, as with many of his great ideas, Avanatta originated in the pub… After a few pints, he and his mates decided to start communicating with each other through silly videos they recorded on their phones. The videos they were all making were similar to those that were going viral on other video platforms, but because there were no real benefits in sharing their content with the world, they didn't bother. This was one of the rare occasions where Jack I agreed on something.

And then our dad, Richard Pursey, got involved. He had been offered a selection of interesting technology by a young team of developers looking for a commercial opportunity to showcase their skills. The technology needed some work but it was clear that it could be adapted to make the content-creation app Jack and I had dreamed of, which would allow people to create fantastic videos, be rewarded for it and all from within a social network with a social responsibility!

Give us the Avanatta elevator pitch:

Avanatta is a collaborative video-making app where friends and followers record and join short clips together (from wherever they are in the world) to make a film that can then be shared.

We call the film a nattaReel.

Imagine a fictitious storyline that develops between friends over time, or a comedy sketch, a music score or just simply a conversation between like-minded people. The nattaReel plays seamlessly allowing creative users to produce original content that is unique and compelling to watch.

Collaborators can share in the advertising income earned from views of the nattaReel. They get paid in Avanatta’s own currency that can be exchanged for digital downloads (music, gaming vouchers etc.) which can be kept or socially gifted to other users on the app.

Avanatta has a social network wrapper but with a difference. It actively weeds out and bans trolls. It has an automated early warning system that identifies developing anti-social behaviour and warns other users to think twice before they accept them as followers.

There are a lot of indirect competition to Avanatta, what differentiates it in the market over the long term?

Avanatta’s video editing technology is unique and allows users to be creative in so many ways. The video editing tool is extremely powerful and allows users to embed videos inside videos. Imagine adding commentary to a video clip you took a year ago or editing different video clips together to create brand new content never seen before. You can also natta about a photograph or add audio commentary bringing a new dimension to what can otherwise be flat and meaningless content. Avanatta has filed for patents to protect its technology.

What challenges have you had when starting the business?

The more obvious challenges in the early days centred around the user experience, from handling bugs to smoothing the rough edges. Whilst we had used an external bug finding agency who tested the app in over 20 different countries on all kinds of devices, nothing can beat the feedback from real users.

We learned that our early versions had too many features. We had included a live-broadcasting product as well as a diary system but soon found that they were disguising the power and benefits of our hero product, the nattaReel.

We have always believed that the product is everything. Get the product right before we worry about user traction has been our priority from the outset. So, with such valuable feedback we started to strip out functionality and improve the user experience simplifying the whole natta process. Patience has been a much needed skill in our company over the past few months as we had to hold back our commercial team to get the product honed. We are still doing that now and suspect that fine-tuning and development is a never-ending task.

What has been your proudest moment?

It’s difficult to choose one moment that we are most proud of, but I think one we all agree on being quite special is the moment the app went live to the world for the first time. We even popped open the Champagne - it was a really proud moment for the whole team as all our hard work had eventually come to life!

How did you get celebrities on Avanatta so early on?

We found that out story was easy to tell. Firstly, we protect all users from trolling and anti-social behaviour (something that is not automatic on Twitter for example). Secondly, everyone earns a share of the advertising revenue generated from their content (that also doesn’t happen on other social networks). Thirdly, celebrities like the Avanatta Foundation, a charitable side to the app. The Company donates 2.5% of its entire global revenue to those charitable causes that support anti-bullying.  So, with such a powerful social responsibility, Avanatta became a no-brainer for the celebrities it knows and has met. We found talking to celebrities far easier than we had initially feared and have managed to develop close working relationships with many of them. It does help that they enjoy using the app too!

What is the business model?

Quite simply it is to provide an app that makes money for all of its stakeholders, from users to shareholders alike. We have been income generative from day one (unlike so many content creation apps and social networks).  Initially all of our income comes from advertising however, we have over ten different income streams that we will introduce over time and which give Avanatta a significantly sustainable model. Those streams include pay per view content, selling pre-recorded nattas (a bit like video ring tones) and selling subscription-based content etc.

How did you get your early users?

In the most, we used other social networks to promote the app. Twitter has proven to be a great marketing tool. That is what alerted our early adopters to the app and prompted them to join. Avanatta allows users to share their nattaReels onto Facebook, Twitter, Instagram, Pinterest etc. which of course is where everyone is these days.  In addition, our celebrities have also done a great job telling their fans to get on Avanatta. They have been great.

What's the plan for the next year?

World domination may sound a little trite but we certainly want to be a brand that is loved by many and used by many all over the world, if not in the next year, certainly in the next few! We want to make Britain proud, so we will be continuing to develop our product to make sure it is as fun, addictive and rewarding as possible. We have some features we’re looking to add (some that include geo-tagging technology and video diaries) so they will surface once we know we have perfected our current products. Right now however, we want to iron out the bugs and focus on our hero technology, the nattaReel.

Thanks Georgie and good luck!

Sounds like you're thing? Check it out for yourself: http://www.avanatta.com/welcome/