After over a decade of dalliance and refusals, Britain finally joined the European Community in 1973. This was a time when the UK's political landscape had an unfamiliar look to those accustomed to late 20th-century political allegiances: Edward Heath's Conservative government were pro-Europe, with major opposition from the anti-European Labour Party. Despite this division along party-political lines, the 'European issue' was still causing deep ideological unrest within parties, as it has always done throughout Britain's membership of the European Community (EC). Having completed a renegotiation of its entry agreement, Britain, then led by Labour's Harold Wilson, held a referendum in 1975 producing a 66-per cent vote in favour of EC membership, setting the seal on the UK's post-war relationship with its continental neighbours. The next significant step was the arrival of the EMS (European Monetary System) in 1979, producing a notional European currency unit (the Ecu) for internal financial purposes, and setting up a monetary exchange mechanism to be applied to the national currencies of member states. Heralded as a move towards eventual fiscal union by pro-Europeans, and derided by Euro-sceptics as a step too far, all members signed up to the EMS, except the UK. In 1981, the entry of Greece into the expanding EC was relatively low key, but Margaret Thatcher's successful 1984 campaign to gain the UK a substantial budget rebate was rather different. A member of Edward Heath's pro-Europe team, the passage of time had transformed Mrs Thatcher into a formidable critic of what many saw as EC extravagance. Whilst Britain's association with Europe was widely accepted within the UK's trading and economic landscape, public ambivalence and internal political division remained. Britain's European partners likewise were coming to realise that British insularity showed little sign of decline. Jacques Delors was appointed European-Commission President in 1985, and oversaw the push towards a single common market allowing complete freedom of trade, as well as the unfettered movement of capital and removal of rules hindering the movement of labour between member states. To accomplish these aims, many commentators acknowledged, would require members to make both political and economic concessions. The Delors vision became a reality with the introduction of the Single European Act (SEA) in 1987. This formed one European market bringing immediate benefits to the more-advanced north-European members, but failed to improve the lot of relatively impoverished southern nations. This deficiency was addressed in 1988 with a massive funding boost for these disadvantaged regions, though in this same year, Mrs Thatcher launched a stinging attack on the unaccountable 'European super-state exercising a new dominance from Brussels'. 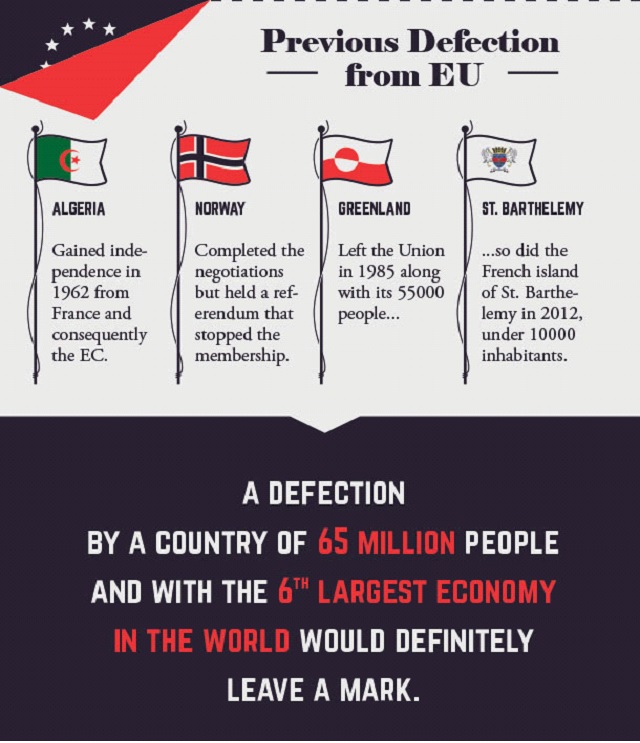 Learn more about Brexit and its likely consequences: http://www.hantecfx.com/brexit Britain's brief membership of Europe's Exchange Rate Mechanism (ERM) began in 1990, and the Maastricht Treaty, proposing a monetary union and ever-closer political ties, arrived soon after in 1991. Adopting a familiar strategy, Conservative Prime Minister John Major signed up whilst simultaneously opting out of monetary union and social policy initiatives. The next year heralded the UK's withdrawal from the ERM to head off financial instability, and 12 months later, in 1993, amidst widespread European public discontent, the Maastricht agreement was finally granted legal status. Following Maastricht, the 1995 Schengen agreement abolished border controls across much of northern Europe, though significantly not in the UK and Ireland. Then the 1997 Amsterdam Treaty, at which Britain's Tony Blair accepted the EU's social chapter, brought forward new European statutes governing employment and discrimination. Access for East-European states came on the agenda as the millennium approached, and then in 2002, 12 member states agreed to accept the euro – with Britain once more opting out. A larger, 25-state European Community became a reality in 2004, and EU leaders reached agreement on a new European constitution in the same year. Despite this political harmony, some governments failed to persuade voters to ratify the constitution in 2005, dealing a heavy blow to the dreams of the pro-Europe lobby. From Britain's perspective, this stalling of political unity was broadly welcomed, and the subsequent financial crisis with a weakening euro seemed to many in the UK to validate the wisdom of an 'arm's-length' approach to European affairs. Now, with Britain arguably weathering the present storms of austerity better than its neighbours and the promise of another referendum on the horizon, the future of UK-European relations seems as unclear as ever, despite much evidence of integration at a practical level. Attribution: Hantec Markets has been a market leader in Forex trading services for two decades. A global organisation awarded Best FX Broker for South East Asia and Best FX Broker for Western Europe