Last month I was in Hong Kong to look at the state of the Hong Kong startup scene. It was Startmeup Week, a chance for Hong Kong to showcase their entrepreneurial talent and to establish further interest from abroad. One of the panels at the main event, InvestHK’s StartmeupHK Venture Programme, was called ‘A Conversation with … Overseas speakers’. On that panel was Dušan Stojanovic, who was named Business Angel of the Year in 2013. Dusan is Founder and Director, True Global Ventures. I interviewed him to learn more about what he looks for in an investment and why his have gone on to do so well. 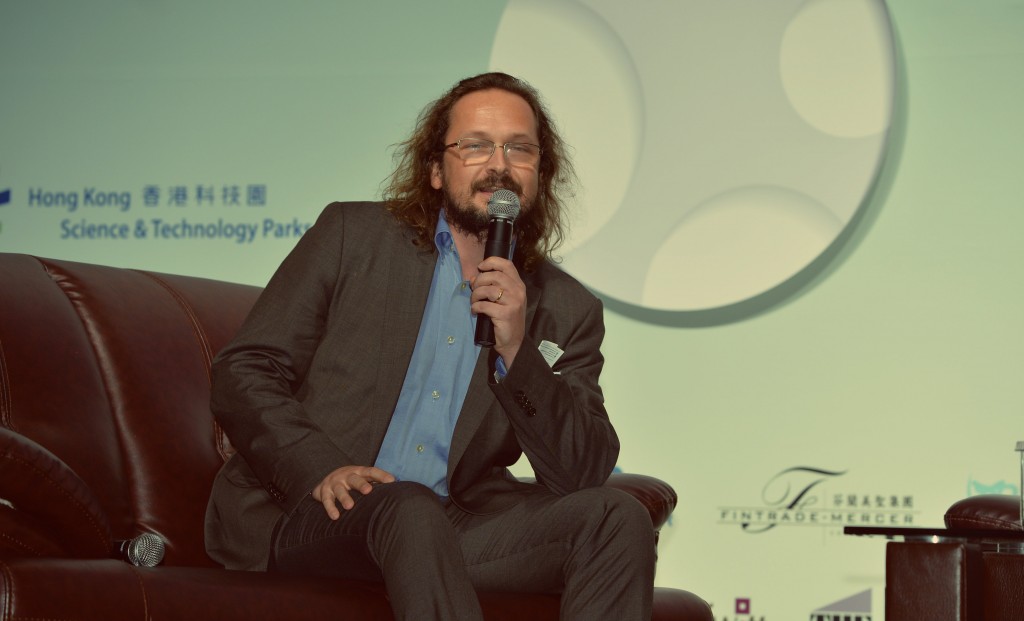 Hi Dusan can you give me a bit of background to yourself?

I did my entrepreneurial exit in 2004 from a French internet bank called Monabanq. That allowed me to start Angel investing. Since 2004 I've done eighteen early-stage investments, ten of those in my own name and eight of those in True Global Ventures name - where I am the single largest shareholder.

Out of these 18 I've had six exits, five full exits and two partial exists and all actually have been in fin-tech payments which is related to my core understanding and my entrepreneurial exit.

I do have second investment thesis, which hasn't been as successful, which is more music, content and gaming –  but it also started a bit later, so basically it's a little bit too early to say how it goes.

But the first one has gone really well, and what I started to do in Stockholm and Paris, I then moved, not taking that much industry risk but keep investing in payments in fin-tech. Today it's Stockholm, Paris, where we originally started, but also in Berlin, New York, Silicon Valley, Bejing, Hong Kong & Singapore. These cities I’d find payments and fin-tech deals without any problem.

So tell me about how you got named as Angel Investor of the Year?

That was back in 2012 now. That year I had three exits in a week. The problem in Europe is that nobody celebrates success. If I would have been in the US I would say: “Listen guys, I did three exists within a week - who else in the world has done that?” In fact nobody has done that. Even Silicon Valley investors get impressed. But you're in Europe, and on top of that I am raised and born in Sweden. I don't want to say I’m ashamed of it, but in this environment, I feel I was very, very lucky to get that. That's how it felt you'd needed to communicate it.

It was in 2012, between 18th June - 25th June, one company got bought up in France, another one in Sweden, a third one in Paris got bought up by a company in Asia. I made 10x, 4x and 2x money, so they weren't huge exits – but it was great they all happened within a week!

When you're looking to invest in companies, what do you look for?

Now we have a very particular investment thesis that is very atypical in general. So first of all - I wouldn't take this as THE investment thesis that should be used. The reason is that we are covering eight cities. I can't do a lot of soft help to entrepreneurs. We're not an accelerator. But this thesis would only work because we’re in 8 cities, it wouldn’t work in only one city.

So our thesis is – we've done 350 investments individually, the 32 partners of us. So we only invest in serial entrepreneurs, at the same time they reinvest some of their exit money into their new venture.

The reason for that is that we help businesses in certain areas. We don't do the soft-coaching - we help them with introductions to get more business in the city where they are, and in the other seven cities where we are.

We are more of a crowd-sourcing angel community. So we have this call, every six weeks on Tuesday, at 7:00 PST, 16:00 CET, 22:00 Singapore, Beijing, Hong-Kong time, where all the partners are helping the serial entrepreneurs with introductions.

Finally what advice would you give a company looking to raise investment?

Whether you’re a first time or serial entrepreneur I think you need to show something that you've done that's different. Whatever it may be. As a student you bought tickets for Chelsea for example and managed to sell them for a higher price. But what you’re showing is that entrepreneurial nature. You managed to do something that's a little bit different. There's got to be some story around you and your team. Remember that story when you fundraise.

Secondly, find a team that is sufficiently crazy to do things that might be disruptive, but also that will not give up very quickly. We keep failing all the time, everyone does. Every single morning will be hard, but you want a team that won’t give up because the last 24 hours have been really hard.

I have a clear statistics in my business. Intact teams I've always had exit with. While ones which I had problems with, were where some founders have left.

My third bit of advice would be to always focus more on getting financing from the customer, than from the investors. If you have a call and you tell an investor – ‘sorry, I just have to close this deal with a customer, can we talk later’, that's a perfect excuse to tell. You’re letting an investor that he's not top priority. That is critical in fundraising. To build up a deal pipeline of customers, as opposed to investors you're about to close. Because it triggers and accelerates the closing of fundraising.

That’s some great advice to close on. Thank you Dusan.