What happens when interest rates rise? 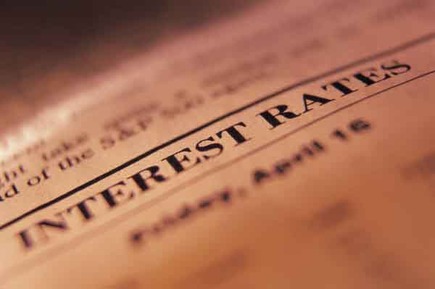 If you’re running a business enterprise of some kind – have you thought what is likely to happen to your business if and when interest rates rise? The Bank of England and the Federal Reserve have both indicated that interest rates look likely to rise at the back end of 2014 – albeit by only very small margins.

The warnings are, of course, a way of steadying the ship a little and sounding the smallest of warnings to economies in danger of over-heating a little, particularly when it comes to housing costs.

The fact that these mild warnings have been issued, though, is actually good news. It indicates that things are generally on the up and we’re heading back to more normal rates of a couple of percentage points or so above where they’re currently at...gradually. This will be no bad thing as long as it happens little by little and isn’t necessarily a short, sharp shock measure to stave off inflation. Debtors have had it all their own way for too long now and we’ve all witnessed the dire consequences. But savers prefer higher interest rates of course and in the UK a report on savings from HSBC has indicated that savings are on the up. Now, the average household in the country has close to £21k in savings accounts. This perhaps reflects a little nervousness given the financial crash of 2008, but it’s also a good sign as it’s sensible to have cash in reserve and it helps stave off crises.

But as business owner, you still need to think hard about the consequences of increasing rates. For example, with receivables, the cost of you carrying credit for your customers effectively increases given the opportunity cost of the interest they’re receiving and you aren’t. So now would probably be a good time to reconsider your receivables policy and the pricing thereof.

Similarly - how would a hike in rates be likely to affect your sales? You could see an increase as your buyers try to get credit quickly while it’s still cheap to do so. Anticipation of an increase in rates will probably see major capital purchases being brought forward – and your business may want to do the same if you have any big requirements for which you’re seeking good credit terms. Alternatively, you may wish to cut back expenditure now in anticipation of higher borrowing costs. This is something you will know better than anyone else.

On the other side of the fence - higher borrowing costs longer-term will cause purchases to slow down for non-essential and big capital items. So now may be a good time to look at your pricing policy and alter it accordingly before rate rises.

Perhaps the most important single consideration, however, is effective marketing. If interest rates are going to rise – how should your overall marketing strategy respond to this? Will you be able to discount now or later, or is your strategy to do the opposite – to move higher up-market?

All these considerations are valid ones to make – but the crucial thing is to make them now so you aren’t caught on the hop.