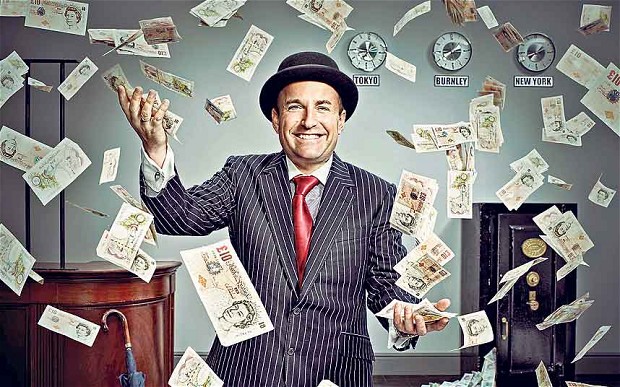 Before the recession bank managers willingly approved loans and credit, but times have changed and business loans are now far harder to acquire. Fuelled by technological innovation and the recession, crowdfunding and P2P loans have seen rapid growth over the past few years. Crowdfunding now encompasses investment in start-ups outside of its initial investment base; the entertainment industry.

Companies such as Kickstarter first grew public awareness of modern crowdfunding, it was initially a method to fund music and film ventures that would have otherwise likely remained at the conceptual stage. Allowing people to invest small amounts proved to be a democratic system for funding entertainment projects, granting the public what they desired rather than what a few individuals believed they had desired.

P2P (peer to peer) loans grew out from the concept of crowdfunding. You don’t give away any equity with P2P loans, so it’s more suitable for established businesses seeking a cash injection. Whereas crowdfunding is fantastic for those who have an idea that they want to see evolve into a business.

Crowdfunding is now a concept the majority of businesspeople will be au fait with, and rapid growth has forced governments to try and regulate the practice. However, there are commonly held concerns that people are being deterred from crowdfunding in the US – when compared to the UK. As such the US Government have amended their J.O.B.S. Act (Jumpstart Our Business Startups). It’s believed that over-regulation has stifled growth, although the ‘Equity Crowdfunding Improvement Act of 2014’ is seeking to address this. It’s currently assigned to a congressional committee, who will assess it and then possibly send it onto the House or Senate.

Patrick McHenry has long been a champion of crowdfunding, and it was an earlier act he supported that was eventually drafted into the now derided crowdfunding section of the J.O.B.S. act. McHenry has proposed alterations after admitting that the regulations may have been ill-advised, he said "It's a humbling process to find that the law you support won't work in practice". One example of this is the P2P lending market (loan-based crowdfunding), which is thriving in the UK. In the US though you require a registration statement to offer to retail investors – just one example of the currently stifling regulations.

In the UK the FCA acted slightly different, and decided to allow the market to develop before applying too many regulations in the fear that it could lead to over-regulation. With hindsight this was perhaps the correct path, and the US are now looking to follow suit as outlined above.

In March of this year the UK’s FCA outlined new set of regulations. One of the new rules is the ‘10% rule’, which prevents people from investing more than 10% of their 'net investible assets' into investment-based crowdfunding projects. This is designed to protect investors, as investing in startups is high risk. However, after two investments you’re reclassified as a 'sophisticated investor' and the 10% rule no longer applies. The US have a similar rule, but opted for 5%.

Countries all over the globe have been forced to accept crowdfunding as a legitimate business method, but they’ve acted in differing ways and this may influence your decision to invest or indeed seek investment. Canada and Italy have fairly robust regulations, similar to the USA, while Sweden and New Zealand have made it a legal form of raising capital which has fuelled growth. India and France are on the verge of introducing new regulations, with South Africa and Nigeria set to follow.

We’re in a time of change as crowdfunding establishes itself, with new regulations forcing the most experienced businesspeople to rethink their position. Governments are trying to offer protection while making it easier to use crowdfunding, but at this crucial stage it’s a tough task. It’s therefore important to fully research your government’s regulations before utilising crowdfunding for your business needs. It does seem that crowdfunding is here to stay, so be aware of new regulation updates but don’t let them deter you unnecessarily.

This article was written by John Philips from SSLs.com. SLLs.com resell SSL certificates from the likes of Comodo, GeoTrust, and VeriSign.