Leeds: leading the way for business 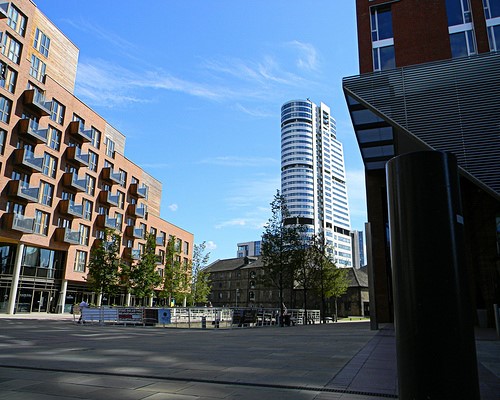 Occasionally the stars line up to make some places better for business than others. Whether that’s on the global scale of cities like Singapore, Hong Kong or New York, or more regionally like Silicon Valley or its UK equivalent in the Cambridgeshire Fens, some locations simply emerge as THE place to do business.

Of course it’s not fate. Geography, history, natural resources, infrastructure and the culture and character of the local population are amongst the constellation of factors that somehow allow one place to thrive whilst its neighbours slip into obscurity.

Cities have always competed for trade, and there have always been winners and losers in that competition. But with the UK’s economy emerging from recession the gulf between the two is starting to widen.

A stark example is offered in Yorkshire – still basking in the afterglow of the Grand Départ of the Tour de France. But it’s not so much Yorkshire that put itself so colourfully on the map so much as Leeds. And the Tour didn’t base itself in the city just because the stars lined up for it. Capturing the Tour was a reflection not only of the city administrator’s ambitions; it stands out as a marker of the sort of keen entrepreneurial culture that is increasingly cementing  Leeds as Northern England’s commercial capital.

Twelve miles and a 20 minute train ride away, the city of Bradford is fighting not to be counted amongst the losers. The 2014 Centre for Cities report puts Leeds in the top ten UK cities for private sector job creation: Bradford is in the bottom ten. It’s also in the same bracket for private sector employment growth and, most depressingly, it’s at the wrong end of the scale for those claiming Job Seekers’ Allowance. Leeds, meanwhile, is thriving.

So what’s going on in Leeds that’s making the difference?

Leeds and Partners is the strategic organisation responsible for attracting investment, supporting business, and raising the commercial profile of the city. It’s no accident that the name sounds so much more like a business than an old-fashioned business development agency – Leeds is being forcefully branded an investment friendly, entrepreneurial, private sector environment.

No other Tour de France Grand Départ has been used as the stimulus for an international business festival as Leeds and Partners did. Deputy Prime Minister Nick Clegg was even flown in to announce £1 million in inward investment and the creation of 300 new jobs, underlining the substance behind the city’s slick marketing.

And Leeds does look set to continue to reap the dividends of the economic upturn. It boasts a well-funded digital infrastructure, excellent and improving transport links, prime office and commercial facilities and a highly qualified workforce offering a usefully mixed portfolio of expertise - Leeds boasts strengths in health and innovation, professional and financial services, precision manufacturing, digital and information technologies, as well as a healthy track record in the retail, leisure and food and drink sectors.

Recent large scale developments such as the Leeds Valley Business Park – see the website at http://leedsvalleypark.com/- illustrate precisely why businesses from around the globe are choosing Leeds as their UK or European base. State-of-the-art amenities, a business-oriented cultural backdrop and the buzz that goes with economic prosperity combine to offer exactly the environment in which businesses flourish. Leeds is undoubtedly on the up.

Over the hill in Bradford they may be cursing their unlucky stars, but what’s happening in Leeds owes nothing to fate and everything to the vision the energy and the entrepreneurial spirit of the city’s leadership; that’s why Leeds is increasingly THE place to do business.

Get around Leeds in style! Download Uber, your private driver. Use promo code 'UBERLEEDS' for £10 credit toward your first journey.