How the New R22 Legislation Can Affect Your Startup 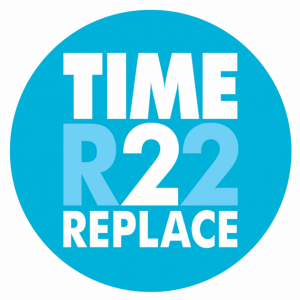 When founding a startup company or organisation, there are several important aspects you must consider, and in this ever changing world, it is important to keep up with the different laws and legislations that are ever changing too. In today’s society, ensuring you are doing everything in your power to reduce your carbon emissions and your effect on the environment is extremely important, especially in the business world.

Although in the past we were perhaps a little more naïve to them, there have been several major environmental issues which have been discovered in recent years that are having a seriously adverse effect on the ozone layer. Due to discoveries such as this, we are seeing the emergence of more and more government legislations being put into place in order to protect the environment. It has come to light that compounds that make up R22 may not be as safe as was once thought leading it to become a focus of government legislation and is being phased out completely.

There are several issues that if you own, or found a company, have been made a legal requirement, that have not yet been made a legality for the general public and so it is important to do some research to ensure that you comply with them, otherwise you may face heavy fines or even prosecution. With all this information concerning dos and don’ts it can often get a little confusing as to what you must do to abide by the legislation, but it comes to your start-ups, you want to make sure is as above board as possible. Although the overall effects of R22 are yet to be determined and are facing huge debate, ensuring you are R22 free, or taking the steps to do so from the start can save you time and money in the long run, so here are key things you should know:

R22 is a gas widely used in appliances such as air conditioning units, due to its refrigerant properties. It has enjoyed past popularity in developing countries, especially within air conditioning units and heat pumps. Unfortunately, the component R22 which is also known as Chlorodifluoromethane has heavily impacted on the world’s ozone layer due to the high level of UV it emits.

As is the case with the most of things, everything has an expiration date. The popularity of R22 systems is partly due to their long shelf life, and many of said systems are only just third of a way through their life and so will eventually need modernising. The cost of repairs and maintenance of these appliances will begin to mount up, and so it is more cost effective to completely replace the units, rather than buying new parts for something that is in being phased out anyway. The first step in following the legislation guidelines is to identify whether or not the air conditioning unit in the workplace you’ve chosen uses R22 or not. There are companies such as Pure Air Conditioning who can help you establish this, and will work with you in order to replace any units that need to be changed. Complying with legislation guidelines and opting to replace systems that use R22 now, means that not only will you not have to concern yourself with doing so at a later date and will potentially save you a lot of hassle, but you are essentially helping the environment too.

Finding energy efficient alternatives is less of a task then you might expect, and there are plenty of R404A and ammonia models available on the market for commercial use. The use of R404A and ammonia has also been proven to be more energy efficient, meaning that they are a much more sensible choice in terms of both money and environmental issues.