Gary Gallagher, the man behind Tippy Tap, the viral app that made over $51,000 in its first month

Last month I spoke to Gary Gallagher who recently saw his app Tippy Tap, rise to the top of the top of the app store for games. It has made him a couple hundred thousand dollars in the few months it has been out and has seen over 110,000,000 plays worldwide. From humble beginnings working on his farm, he saw an opportunity in apps. His first attempt failed but crucially he learnt from it and didn't give up. Gary then had the idea for Tippy Tap, and the rest his history. Learn more about his journey from the farm to Tippy Tap: 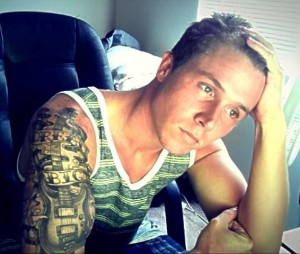 Hi Gary, could you just give me a bit of a background to yourself before Tippy Tap:

Well, I am thirty years old, I grew up on a horse farm - I've pretty much been a farm boy my whole life. I always grew up fascinated with computers and graphics design, and I always wanted to be part of the movie industry, so where I learned a lot my graphic design skills is from learning visual effects and green screens and animation and such.

And I was going to school in Florida for VFX and graphic design... and then my dad died. So I had to go back home, to Minnesota, and I went back there, started helping out with the farm again. And then my mum died seven months later, that was when I was 26. So I inherited the farm from them, and became this full blown cowboy I guess, for about two and half years.

And then I finally realized: I have the means to do what I want to now. My parents not only left me this farm but left me an opportunity to pursue whatever it is that I want to do. I ended up selling the farm and using some of the money I got from it to buy some equipment and started watching tutorials and signed to online classes to develop mobile apps.

I remember seeing my mum playing Farmville on Facebook one day, and I watched her pulling out a credit card and spend $50 sitting at the desk.

And I go: What are you doing? She goes: Well, I am buying more land.

What do you mean more land?

More land inside this game, so I can make my farm bigger.

I said: but you're spending real money on it!  She goes: yeah, it's fifty bucks.

From that moment on I knew I needed to learn how to do this. If my mum is crazy enough to spend that kind of money inside of a game, just for fun, I am sure a lot of other people will do it too.

Absolutely, you saw the opportunity and went for it. So how did the idea for Tippy Tap came along?

I don't know really – my ideas just kind of come to me, they just kind of pop into my head at random times, I could be doing the most random thing...

And I just so happened to be waking up, I was lying in my bed and I opened my eyes and I thought of it - and started designing it. I didn't have the name for it right away. … but I came up with concept, the design and the colours and stuff - I figured, why not add some feet to it - like you're tip-toeing across the little tiles.

So I was trying to come up with a catchy name and I incorporated some little bare feet. That's how Tippy Tap was born.

How well has it done up until today?

Update: Tippy Tap is now pushing 2 million total downloads, and it's been played over 110,000,000 times worldwide!

And how long has this been running for?

It's been running for a month and two days; it started on April the 9th.

That's impressive – that's quick, that's really quick! So - are you making money off this right now? Is it through ads?

All from ads which have been OK. I had some early ones that were popping up during game and ruining peoples' games. It never happened to me, but I've seen it happen with my own eyes on friend's phones – so I changed the ads to pop-up after the game, to kind of get rid of the problem – and I haven't really got any complaints on the update yet.

So before Tippy Tap you had another app call ScratchPic right?

Yes, well the idea for ScratchPic came about when Snapchat was bursting. I woke up one morning and I saw on the news: Snapchat had just got it's first-round funding, I think they got $13m investment and then it was valued at $70-80 million – but there's no revenue!

I started thinking: OK, if this thing is worth $80m and people are going nuts over it, what's the next best thing… and what if we could turn it into a game?

So I came up with the idea of ScratchPic: you take a picture of whatever you want and then you assign a word to it, that's affiliated with an object in that picture - it could be any object you want. You send it to one of your friends, they get it as a kind of scratch card, and try to guess what the picture is. 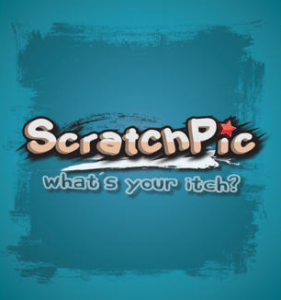 At that time I just had the idea and had the graphic design part done. I had started designing it, but had no idea how to make a working app. So I hired a company off a freelance website, and they were form India. Long story short, it ended up being really buggy, it didn't work the way they said it would. They weren't able to do what they promised me they could do – and ScratchPic was a total flop.

It cost me about $10,000 to get it developed for both platforms, and then I spent probably another $8,000 marketing it.

And it was featured on iTunes, and people were talking about it everywhere before it's release date. And it came out and it didn't work right, it was full of bugs. Not a mention they were a month late on their deadline.

You know, the biggest thing about an app is its initial release - that's the most crucial part.

For the most part. I mean, it took Candy Crush a year before it started to make any waves. It took Flappy Bird three months before it was at the top of the chart earning $50,000 a day.

What was the crucial difference between ScratchPic and Tippy Taps success at launch?

I think the addictiveness. To be honest I didn’t play it much until the last update. But now I can’t put it down. Tippy Tap sometimes makes me want to smash my phone. 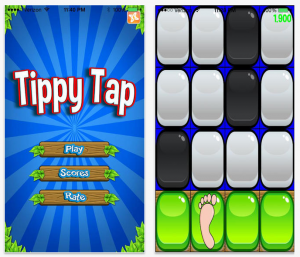 What's your top score then?

I am actually setting up a game company, I want to do this full time, I want this to be my career.

And Tippy Tap has obviously set me up for this. I've got a lot more ideas, and actually, I am working on Tippy Tap 2 right now, which I think is going to be bigger than the first one.

Thanks Gary and good luck!

Stay switched on to what is happening around you and in and around your industry. Opportunities are everywhere. Gary shows it willingness to go and make the most of the opportunities. It didn’t always work out but he learnt and kept going and ended up creating Tippy Tap an app which went viral and made more than enough to cover the time and money he lost of his failed ventures.

Make something that you can’t put down and its likely it’ll be the same for others. If you’re not using it much, figure out why not? Iterate till you can’t put it down.