Recently I have heard a lot about a company called Naked Wines founded by Rowan Gormley and decided to learn more. I discovered a company disrupting a niche industry and a founder with a very interesting background.

I decided to get in touch with Rowan Gormley and we had a chat about everything from his time in private equity to meeting Richard Branson, starting and growing 4 startups and what he's learnt along the way.

I have highlighted some key takeaways at the bottom of this article, but first take a look at my in depth interview with Rowan Gormley below. 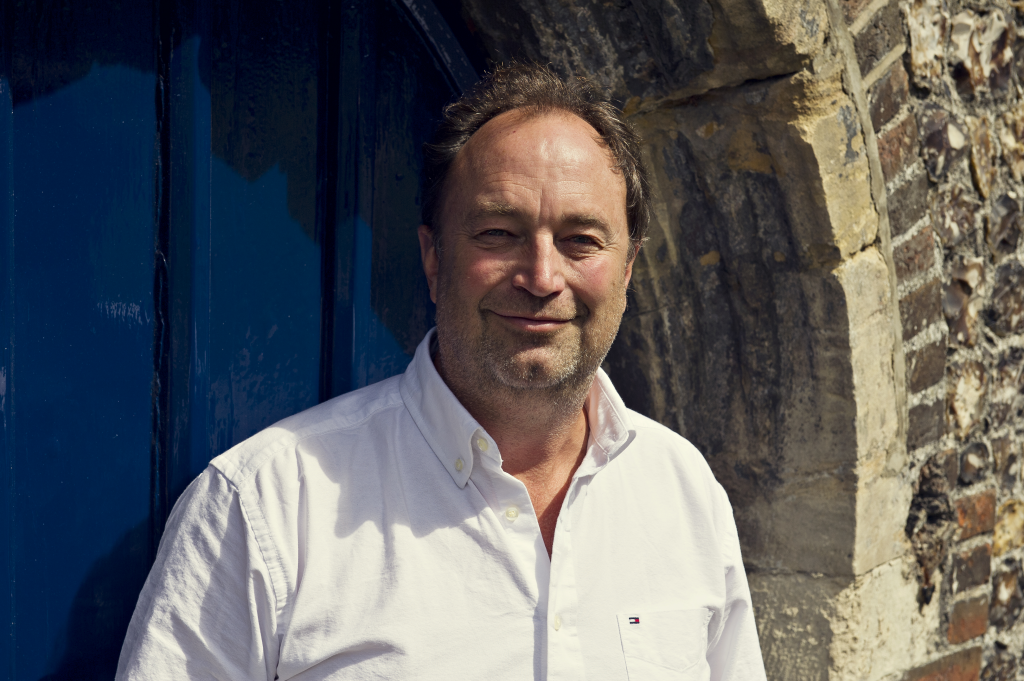 Hi Rowan, can you give me a bit of background to yourself?

I am a very bad accountant. Qualified as well - but I never cracked it since then. I spent some time in private equity, and then had the good fortune to meet a man called Richard Branson - and ended up setting up Virgin Money, and then the Virgin One Account and Virgin Wines together.

Now I am running Naked Wines, which is my fourth startup.

And how did you come to meet Richard and get started with Virgin?

I was at private equity at the time, and we were working on a deal with Virgin. Through that I ended up meeting him. The deal never actually happened, but one day after, I got this phone call completely out of the blue, saying: it's Richard Branson, would you like to come and work here?

I said “yes” without knowing what the job was or what the salary was or anything else, I just thought - opportunities like that don't come by often.

Then you went and started Virgin Money? How did that come about?

Well, literally the first day I started working at Virgin a group of us sat and had lunch together, and we were joking about what Virgin should be going into. Everyone was talking about: spaceships, boutique hotels and night clubs; this kind of thing.

But my argument was -and this is almost 20 years ago- nobody trusts banks – and it's only going to get more so.  Virgin's strongest quality is trust. So therefore it will be most valuable in a business where trust is a rare commodity.

So, niche business, no one trusts the banks, why not Virgin? And that was the idea, that's how we got going.

We ended up launching the business in 10 weeks. We built a system, got a regulatory approval, hired the people, built an ad campaign, built the product, trained everyone, kitted out an office in ten weeks.

How long after did wines come into it, and Virgin wines?

That was in 1999, and being in financial services for five years, which is long enough for just enough anybody, and the company have really completely outgrown me. I mean it was huge and I am really a startup person.

The Internet was just happening, Amazon was just happening... and I used Amazon - and of course I appreciated the price and convenience – but I thought that the thing that Amazon did really well, was that for the first time I was discovering new bands and new authors, because of their if-you-like-this, you-will-like-that.

I though that's something the internet can do really well. But Amazon's already done books, it's already done music, so what else is there? The obvious thing to do was wine. Because it's the only other thing that you don't know what it's like till you've got it home.

So I pitched it to the Virgin guys who said no. So my brother, myself and a friend, we just worked nights and weekends and built it in our spare time. And we built it as Orgasmic Wines to start with. It ended up working really well. So went back to the Virgin guys, and they came in, and put in a pile of money and the Virgin name and everything else – and the astonishing thing was: the sales didn't grow at all! So that was pretty disastrous.

We did all the usual dot-com mistakes: raised too much money, fancy headquarters, too many people, fancy ad campaigns that don't deliver anything – so we blew it all. And we had to fire everyone, shrink the company down to a fraction to its size and restructure. We eventually build it up and sold it to Direct Wines.

And seventeen of us left and set up Naked Wines. 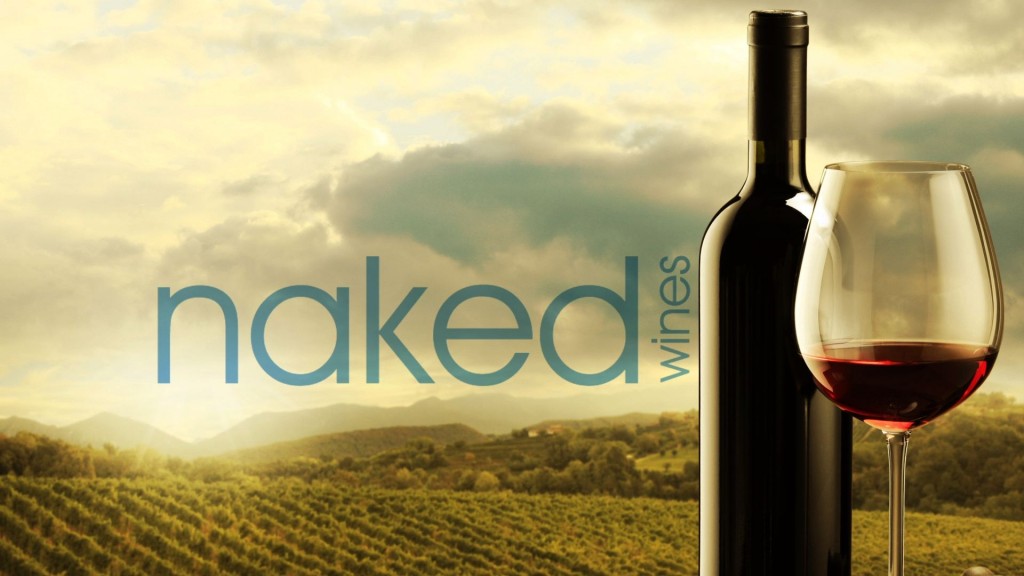 Right, ok, so give me the lowdown on Naked Wines:

We are a subscription-based, crowdfunded wine retailer. The business model is a virtuous circle: so our customers crowdfund our wine makers. That means the wine makers don't need to waste time and money selling to the customers, which means they are able to give us the wine at preferential prices and we pass those onto our customers.

You started Naked Wines in 2008 during an economic downturn, how was it getting this new business model up and running during that time?

Well, I think probably because it was such a bizarre time, that was what probably made us bold enough to say: instead of just setting up a slightly better wine retailer, offering slightly better product, at slightly better prices – it made us bold, and said: if we're going to change people's behavior in the middle of a down-turn, we need to offer something that is so fantastic that even in a downturn people will change their behavior.

What was the original reaction to the business model? Because I guess crowdfunding wasn’t as well-known back then.

I don't think the word had even been invented then!

I think the reaction - there just wasn't one. We'd get about 20 orders a day. We were all sitting there twiddling our thumbs.

Then, somehow the flywheel starts turning, and starts gaining momentum. It's partly that we got the message right and we got the execution right on the site. It was also about building up a core of customers, that when someone went along to the website and said: “what's all this Naked Wine stuff?” there were other people there for them to talk to.

How long did it take for you to turn a profit?

We turned profitable halfway through our third year, and we've been profitable ever since.

We've sold 10 million bottles of wine last year. 200 000 Angels, who are the people that fund us, who give us 60 million EUR a year to invest in wine.

I came across Naked Wines through vouchers I’ve seen in deliveries from Amazon for example, and I noticed on your site as well, that you go on it say “do you have a voucher”. It seems to be quite a prominent marketing tool; I just wanted to know what the idea behind this was?

What do you think was the biggest challenge when setting up this business.

Definitely people. When we set up Naked Wines in the UK it was very straightforward. Because seventeen of use left, we were quite a cohesive team, everybody knew the other people could do their job so everyone just focused on getting their own job done – and I had the luxury of being able to take only people who I knew were brilliant.

When we set up in the US for example, we've got 65 staff in the US, and I just never really appreciated how hard it is to hire effectively. And after I've made a few mistakes, I started reading about it and saw that it's not unusual to be... that 1 in 2 is a good hit rate. We're a small business, it's a tough thing to be dealing with. So definitely people is the hardest thing.

Did you come across any tips you'd give to other people who are hiring?

The second thing is, you go through the interview process, offer someone a job - and by lunch time on their first day you knew they were wrong for the job. We thought “How do we take that first morning of the job and actually put it into the interview process so that we can avoid those mis-hires?” and that's been very effective.

Now with everyone that comes in, I give them some work to do. We actually work on some real-life problem together. It's just interesting how quickly you can separate the talkers from the doers.

And lastly what do you think was kind of key to your success so far?

Never giving up. I think it’s key to being an entrepreneur. It's not creative genius, or technical ability; you just got to really want it.

You see people who are not entrepreneurial: they come up with a brilliant idea, try it, and it doesn't work, go in the slump – and you can just see the entrepreneurs just unphased by that, they go: all right, that one didn't work - let's try the next one!

1. Take your opportunities - "I said “yes” without knowing what the job was or what the salary was or anything else, I just thought - opportunities like that don't come by often."

2. Look at existing technologies and it's use and see where it can be reapplied to similar effect - "I though that's something the internet can do really well. But Amazon's already done books, it's already done music, so what else is there?"

3. Don't give up because someone turned you down - "So I pitched it to the Virgin guys who said no. So my brother, myself and a friend, we just worked nights and weekends and built it in our spare time. It ended up working really well. So went back to the Virgin guys, and they came in, and put in a pile of money "

4. Don't be afraid to be bold, even when in difficult times - "it made us bold, and said: if we're going to change people's behavior in the middle of a down-turn, we need to offer something that is so fantastic that even in a downturn people will change their behavior."

5. When hiring give them some practical work to do and see if they can back up their interview - "I give them some work to do. We actually work on some real-life problem together. It's just interesting how quickly you can separate the talkers from the doers."