The Best Places in the World to Launch a Startup 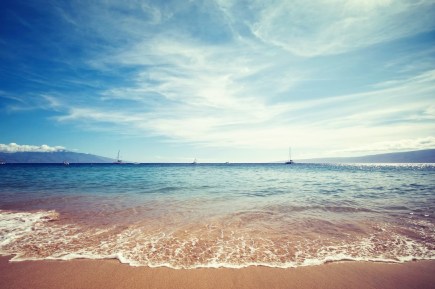 America’s glittering Silicon Alley has long dominated the global startup scene. Many of the world’s most successful entrepreneurs cut their teeth at Silicon Valley companies, and startups from the South Bay tend to secure the lion’s share of investment and funding.
However, Silicon Valley’s star is fading. Talented entrepreneurs across the globe are pouring their time and passion into local startup scenes, and many of these are beginning to rival American industry.

From Singapore to South Korea, here are some of the most exciting places in the world to launch a startup.

Thousands of entrepreneurs call Tel Aviv home, and the city fosters an impressive startup scene. Tel Aviv is the crown jewel of the ‘Silicon Wadi’ - a 6000km area known for technological innovation and entrepreneurial success.

Enticed by this stellar reputation, investors are drawn to the city from all over the world. It has also caught the eye of several large corporations - Google, IBM, Apple, and Microsoft are all represented in the city.

However, Tel Aviv’s greatest strength lies in home-grown talent. Israel is home to some world-class universities, and most of the country’s most entrepreneurial students head for the bright lights of Silicon Wadi after graduation.

Singapore has long enjoyed a fearsome reputation. One of the four Asian Tigers (alongside Hong Kong, Taiwan, and South Korea), this tiny island nation experienced exceptional growth and industrialisation between the 60s and 90s.
The country’s established financial district and port bolster the Singaporean economy. However, the government is also hoping to emulate the success of Israel’s Silicon Wadi, by fostering a buzzing startup scene.

To encourage startup growth, the authorities have introduced a wide range of grants and loans. These funds, coupled with low tax rates, make Singapore the ideal climate for a budding startup. The government has also relaxed many regulations and restrictions, meaning that it’s never been easier for entrepreneurs - Singaporean or not - to launch a business in the country.

South Korea, like Singapore, is an Asian Tiger nation. However, unlike financially-savvy Singapore, South Korea earned its stripes in the telecommunications industry.

With the world’s highest broadband penetration rates, South Korea is ideal for app developers and social media gurus. Media and IT are highly respected industries, and funding is relatively easy to come by, particularly for tech startups.
In a bid to reduce youth unemployment rates, the government is trying to encourage startup growth. There are several generous business grants available, and many large companies are launching ‘funding competitions’.

Bangalore is known across India as the Silicon City, and for good reason. Every talented Indian graduate, engineer, and tech enthusiast flocks to the city, hoping to make a fortune on the IT startup scene.
The days of Western economic dominance are doomed. According to researchers, Bangalore-based startups are 24% more likely to monetize directly than their Silicon Valley counterparts.
It can be challenging for foreigners to navigate Indian regulations in order to launch a startup - the Indian system is one of the most complicated in the world. However, entrepreneurs should not be daunted, as overhead costs are generally lower here than anywhere else on the planet.

London has traditionally dominated the European startup scene. However, rents are high and space is generally limited. In contrast, Berlin has plenty of room for expansion, and the cost of living is significantly lower than other major cities. As a result, Germany’s capital is rapidly becoming one of the most exciting startup hubs in Europe.
Europeans are generally free to move around the EU, so the Berlin startup scene is fuelled by a vast, multinational pool of talent.
Tech giants have begun to acquire the city’s most successful startups, which is a hallmark of a bustling entrepreneurial scene. Investors are also eyeing Berlin with interest, and funding is readily available for popular startups.

This article was written by Matt Everard of Barrington Freight, a logistics company based in the UK.