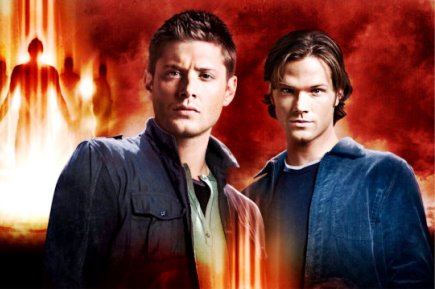 Today family businesses appear quaint, old fashioned and decreasing in number. Most bright sparks pursuing a business career these days are conceiving of hot start-ups and a possible big sellout before the five year anniversary. People are not looking for sustainability and longevity but bright ideas and a quick buck. This isn’t necessarily a bad thing, it is merely a product of our time, where everything is wanted right now and doesn’t have to last to have value.

A recent study by the BBC looked at some of the oldest family businesses in the UK. On top of being so old, these businesses are remarkably successful in today’s turbulent economic climate. A suggested reason for their success was their ability to ignore the weight of history behind them and instead see themselves as a business today, and like all business, keep their eyes on tomorrow.

One of the companies the BBC report featured was the butchers RJ Balson & Son. Established in 1515, if Henry VIII and Catherine of Aragon ever visited Bridport in Dorset, they would have likely eaten meat from Balson’s. Current owner Richard Balson doesn’t reveal any secret to his family’s success but says that he simply provides an efficient and friendly service to his customers, and tries to help people out with the small problems in their life – the cause of most, he believes, is usually a lack of meat.

Another company the BBC looked at was the building firm R Durtnell & Sons, who were founded in 1591 and have survived the global economic crises where over 7, 000 other British building firms have collapsed. Their size may have got them through the crash but it was innovation and risk that got Durtnell to the 21st Century in the first place. In 1800 the firm was the first to bring all their artisans together, glaziers and bricklayers working under one roof, thus pre-dating Ford’s production line – in those days an highly unorthodox move.

Indeed, innovation seems to be the key for the success of these old businesses. Wine Merchants Berry Bros. & Rudd don’t let the fact that Napoleon III, Lord Byron and White Star Line (of Titanic fame) are all past customers, but instead look ahead to the future, being one of the first merchants in London to tap into the burgeoning Chinese wine market.

Over the channel one can look to Neuffer in Germany. Neuffer windows have been in production since 1872, founded in Stuttgart by the 25 year old Ludwig-Ulrich Neuffer. The company has since expanded to produce doors as well and is now run by brothers of the fifth generation. Neuffer is not only one of the oldest companies in Germany but also a leader in their industry.

Of course, companies such as these are very much in the minority. The figures change depending on the source but it is something like two thirds of family businesses that collapse during the second generation and less than a fifth that make it through the third.
Handing over the keys to the realm certainly appears to be where the danger lies. The stability and direction that many say comes a lot easier to family-run business than to others, can turn on its head when the management changes.

The handover in family businesses is often called ‘gifting’ and such a title highlights the inherent dangers in the process ie. that an underserving and unworthy individual will take up the mantle and hinder the company’s success. The most sure-fire way of getting through the rocky period (for both family and company) is to allow as much control as possible to a neutral third party. This usually comes in the form of a board, which is most commonly (and rightly so) primarily made up of non-family members. In each family business the process will be different, but common to all is the importance of keeping the discussion of succession in the boardroom and off the dinner table.

Unlike in other companies (indeed, perhaps more akin to a change of party leader in politics) the new generation should see a clean break from the last. An incumbent will most likely feel a certain amount of pain in handing over the company, certainly if they founded it, and due to family ties, will be unable to ignore developments. As much as possible, it is important that the former CEO allows space for their successor to grow into their new role.

Building up and sustaining a family business certainly isn’t an easy option, and comes with a host of risks that won’t cross the mind of most ambitious college grads drawing up business plans in their parents’ garage. But common to both is the fight to survive and the importance of not forgetting that before anything else the business is a business, and to succeed is to grow, and adapt, and cater to the needs of the modern day.