Tim Brown, from footballer to entrepreneur, on a mission to score with 3D printed sockless shoes

I first heard about Three Over Seven as they went to pick up the award for Virgin Media Business, Three New Things 2014.

When I saw the product, I wanted one straight away. the more I learnt the more impressed I've been. I was lucky enough to speak to the founder of Three Over Seven, Tim Brown. 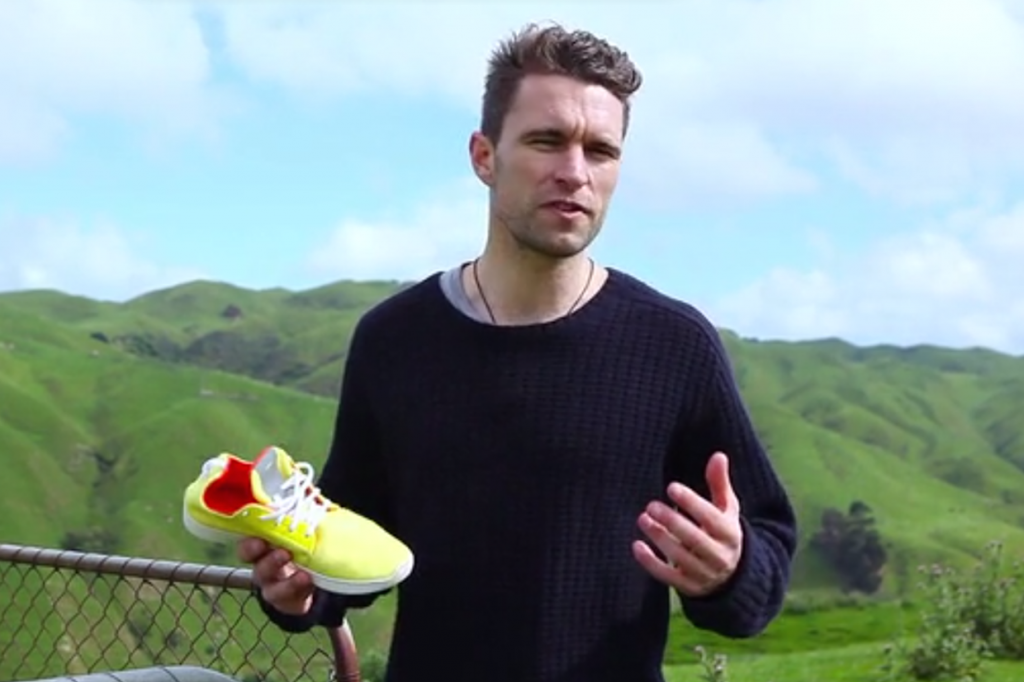 So Tim, give us a bit of your background:

I am a former football player actually, strangely enough.

I played football professionally for about for 8 or 9 years after university in the states, I played for New Zealand, most notably in the World Cup, South Africa 2010, and I retired the year before last.

I felt I'd taken football as far as I could go, nothing was going to get bigger than the World Cup so I went to LSE to do masters in management.

I'd been playing around with the idea of footwear for a year or so, towards the end of my football career, we actually got a grant to develop this woollen fabric – which is the core of what we're offering.

I used my Masters program as much to test this idea just to see whether there was legs in it. At the end of graduating from LSE it was very much a case of do I get a real job and dive into a career or do I really give this a go.

Thanks to UK Trade & Investment we got accepted onto the Sirius Programme, which basically gave us 12 months, a place in The Bakery, and the opportunity to bring in three people to work with me on this, so it's what we've done.

So tell me about your company Three Over Seven:

Three Over Seven is a brand and our mission is to get the world moving. We're targeting our products at the everyday athlete, and we're starting with footwear, although there's a potential for more in the future.

We launched our product in February, the wool-runner, a shoe that's design for the everyday athlete; designed to sit at the intersection of fashion and sport and allow you to wear shoes without socks. 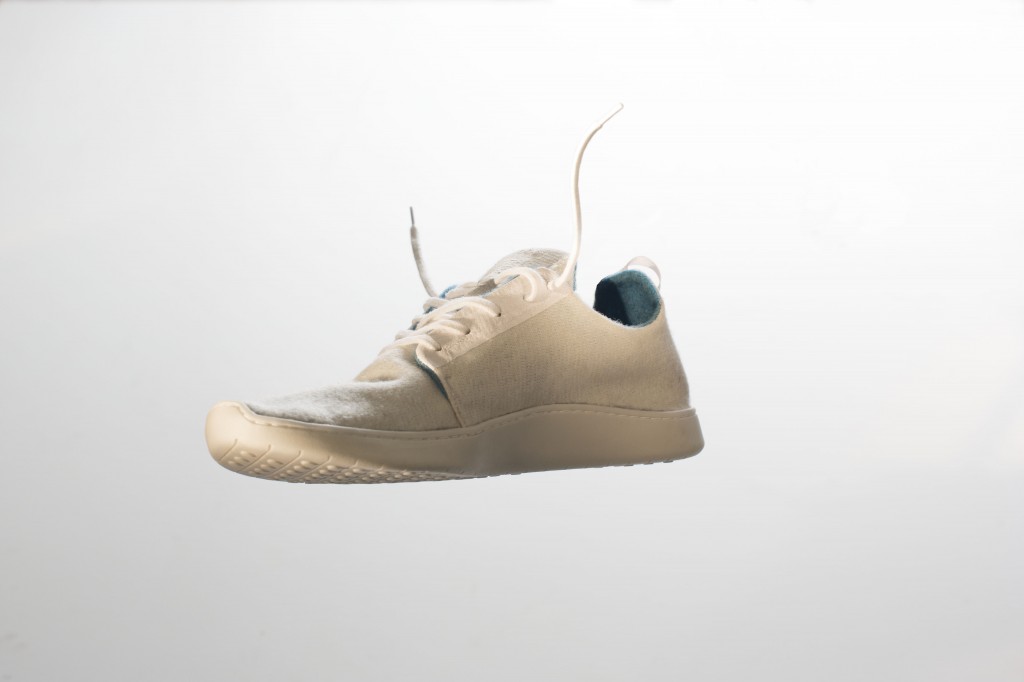 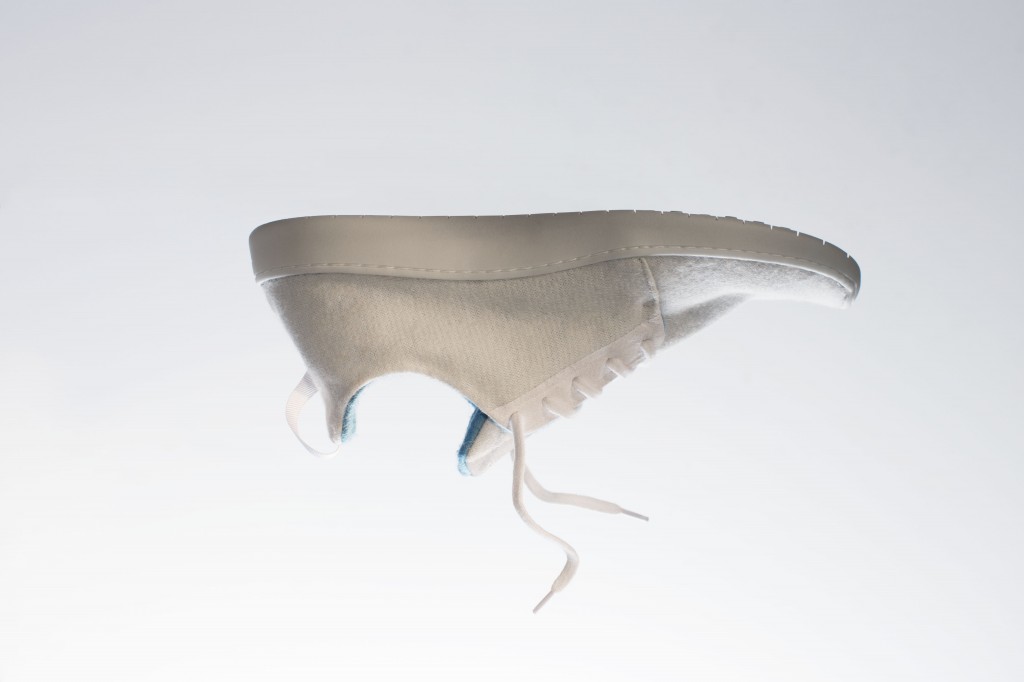 You raised funding for this on Kickstarter, right? Tell me about this:

Yeah, absolutely. We wanted to crowdsource our first product.

The advantages in that from our point view is we get to test the market, test the concept; make sure it wasn't just my mum that was going to buy a pair!

When working on something quite intensely and closely, throwing it into the market is a good idea sooner rather than later.

We wanted to sell 1000 pairs, and sold them in four and a half days, and gave ourselves a bit of a fright!

It was a huge success, probably expressions of interest for a whole lot more pairs of shoes and just a whole bunch of buzz around what we're doing, so it was very exciting for us.

Ultimately, it was a great way for us as we look grow this thing over this 12-month window we've got with UK2I to show some market traction, and I can't tell you how many - every time you start a meeting and you say, ‘look, we sold a thousand pairs in 4.5 days and raised a $120k’; it’s a good start to most meetings!

What do you feel was key to the success of the campaign?

I think ultimately we had a product that people wanted, a story that resonated with people, and maybe a sense of clarity of what we're doing and why we're doing it.

It's not rocket science, I think you need to do a very very good video, you have to research that particular community in that platform, and you have to deliver something that's very clearly targeted at that. We spent a lot of time preparing for that.

The wonderful thing about an incubator concept generally is that you have all these unlikely collisions and you’re surrounded by a whole bunch of smart talented people that are on the same sort of entrepreneurial journey. ,

Also, I knew it would be hard. I've been in pressurized environments with football, but I don't think anything prepares your for this entrepreneurial journey and having other people around you that are just going through the same things I think has been probably the best thing about being in The Bakery’s environment.

What did you take from being a footballer that you can apply to business?

I fall back on that experience everyday. If you can go out and play a game of football in front of a hundred thousand people, then most other things kind of seem simple and easy, relatively.

I think one aspect of it. It’s about performance under pressure, it's about taking opportunities; there's games in my career that if I hadn't played well, then my career wouldn't have been a career.

You have moments in meetings and pitches when we have to deliver, and there will be many more of those ahead for us and I think that idea of life being a series of opportunities that you have to prepare for and take is a key thing.

And then just this idea of team. I know it's a cliché in business, but you know I went back to school and did my masters and I was really nervous that I wouldn't have a lot to offer – and then realized that probably 50% of that was corporate people trying to create and work on the sort of team environments and leadership, that I wouldn't have gotten through a week of being a footballer, if I didn't understand intuitively. It's amazing how much the two overlap.

So Three Over Seven is an interesting one, because obviously it's quite a competitive area. I mean, do you think you are going against fashion brands or more the sportswear manufacturers? Where do you see you're competing?

That's a very good question, I see us as sitting firmly at the intersection between sport & fashion.

A bunch of fashion houses want to do sport stuff, and a whole bunch of sport brands want to do fashion stuff, but very few have merged the two from the beginning.

That's an aspect of what we're doing, and the second thing is this idea of doing things slightly differently – so we're trying to innovate with the fabrics we use, this woolen fabrics that's patent-pending and this allows us to create a product that's never been used before.

Our second product that we're working at the moment is this idea of slip-on shoe that's going to have 3D-printed sole, so that kind of takes us into these little niches where businesses are born,

So now you seem to be looking at merging online and offline and using tech to enhance your product for the customer. Can you tell me more about the 3D printing of the sole?

Yes, that’s basically in response to some of the challenges we've had with making our first product, the wool-runner. We've done it the old way. Essentially, footwear manufacturing hasn't changed for a hundred years. Footwear manufacturing is located in low wage economies, because it's this labour intensive process that I think could be done a lot more efficiently. So we have tried with our second product to solve a lot of those problems.

It's technology not for technology sakes. It's about a manufacturing process that can solve a lot of headaches we've had with our first product.

This issue of size of a foot is a big, big problem when you're making and selling shoes – the whole sizing system is completely arbitrary, so Rishi you'd probably be 10 in Nike 10.5 Adidas and 11 in a certain type of Nike.

This idea you could customize the shoe sizing process; so that you wouldn't be Rishi Chowdhury a size 10, you'd just be you; we’d have a model, a digital copy of your foot. We thing that will help solve the problem, so we'd love to be the first into that space and we're working really hard to do that with our next product. 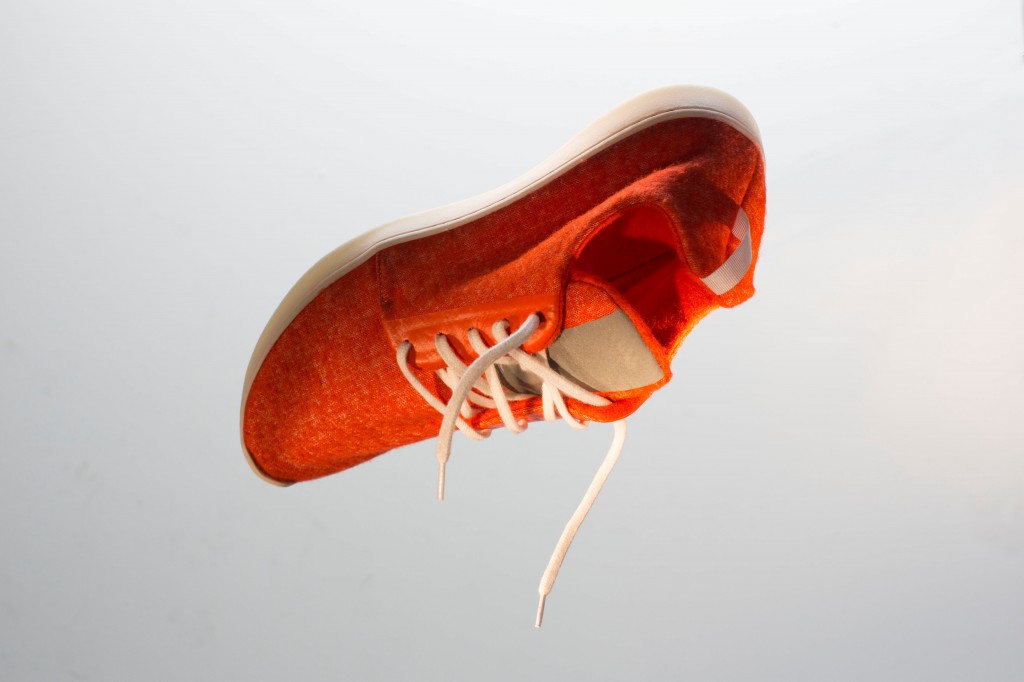 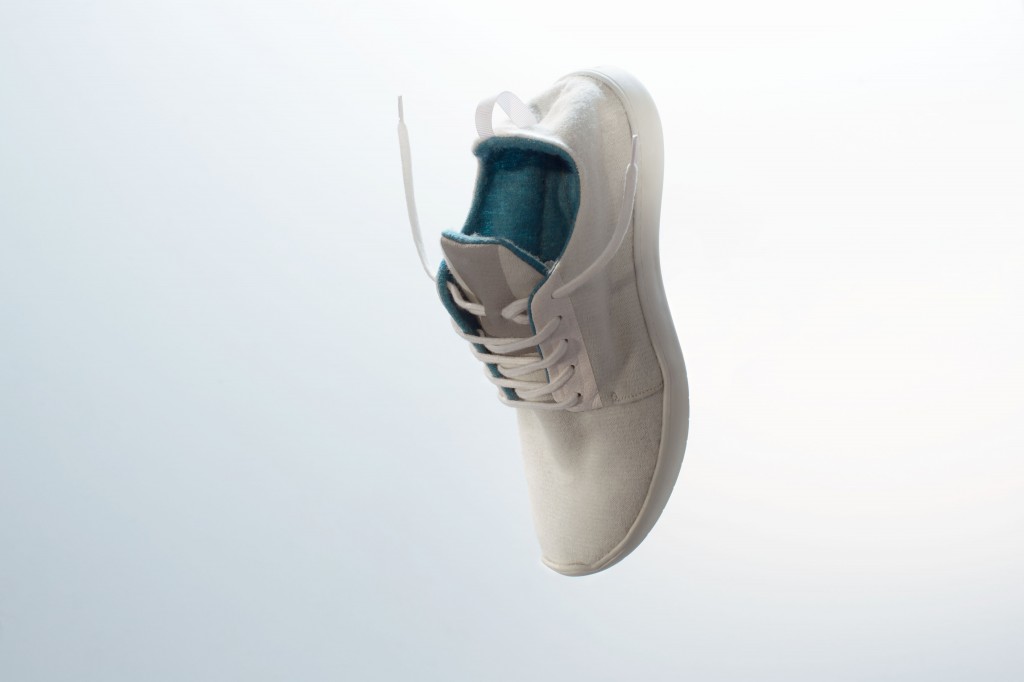 Are any of your shoes available to buy now, or is it just the Kickstarter run that you're doing?

Just the Kickstarter run initially, and we hope to have more product available in the next couple of months so stay tuned for that. You can keep in touch through social media.

Great, well I certainly look forward to that, thanks again for your time.

If you’d like to be the first to know when the product comes on sale, be sure to follow @3over7 and sign up for alerts here: http://signup.3over7.com/