Get MADE for success! The entrepreneurial festival is back

MADE: The entrepreneur festival will be held in Sheffield. The MADE for success conference will take centre stage in Sheffield's City Hall.

There will be a range of smaller events around the city that week with the same focus.

You can find out more on the MADE website.

Industry experts and entrepreneurs will be coming together to share their experience and show you how they 'MADE' their success and how you can too!

Some great speakers have already been announced including: 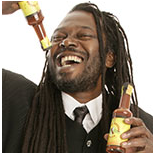 Levi Roots blasted onto the scene in 2007 when he appeared on Dragons Den with his Reggae Reggae Sauce. He went on to secure £50k for 40% from Peter Jones & Richard Farleigh. Soon after the show, Sainsbury's agreed to stock his Reggae Reggae Sauce and now you can see it in many different supermarkets up and down the country.

The ex musician has built a huge brand and collaborated with some of the worlds largest food brands. From a stall at carnival to a multi million pound business, Levi roots certainly has some great experience to share. 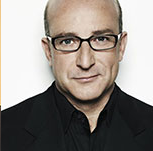 Paul McKenna, PhD., is an international best-selling author and world class self improvement specialist whose books have sold more than seven million copies and been translated into 32 languages. He is the number one hypnotherapist in the world, and is renowned for helping people treat the most difficult problems.

Considering so much of business success is dependent on having the mentality to succeed, I'm sure Paul's talk will be one of the most valuable. 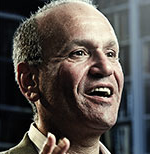 Serial entrepreneur, early stage investor, government adviser and philanthropist best known for his award winning work in entrepreneur development in the UK and internationally. In 2008, Doug founded School for Startups which has subsequently provided accelerated instruction to more than 15,000 business owners!

He will provide great experience and I'm sure you'll learn a lot from him. 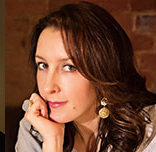 With an incredible career behind her, from the unusual start when she was invited by Chris Eubank to promote the biggest fight to ever take place in this country; with a live audience of 48,000 and a further 18 million people watching it from home to launching her own PR firm which was responsible for launching Dyson to become one of the best known brands in the UK, she now runs Smarta.com; a site dedicated to supporting entrepreneurs and small business owners.

In 2012 her first book, Stop Talking, Start Doing was a  #1 Best Seller for 14 months in a row. She will be a fascinating speaker! 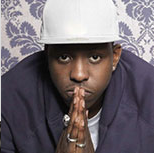 YHP's young entrepreneur to watch 2010. Yup, we got that one right! Jamal Edwards has taken the UK by storm over the last few years with SBTV hitting new heights. 200 million views on YouTube and close to half a million subscribers. The media mogul is still only 23 but has plenty of experience starting SBTV at the age of 15. An inspiring young entrepreneur who you'll not want to miss at MADE.

Sheffield is one the UK's leading city's for startups and so it's no surprise it's hosting one of the UK's best entrepreneurial events.

Make sure to get your tickets early and check out the MADE site for more info on accommodation and travel.

Hope to see you there!