How Trade Radiators competition helped a business expand with an apprentice

Last year I spoke to the founders of Trade Radiators about their story of starting the business from a £1 eBay ad. At the time they were running a competition offering £3,000 to a tradesperson looking to take on an apprentice to help grow there business. 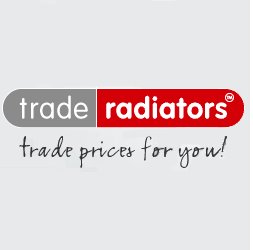 Why did you enter the competition?

I heard about the competition through Rated People. I received their monthly newsletter which advertised the competition. I’ve been self-employed since 2012, so I thought that it would be a great way to help me and my plumbing business expand.

I wasn’t looking for an apprentice at the time since I’d not been long working full-time myself and could not finance it. As a result, when I saw news of the competition I thought, go for it and see what happens!

Hiring an apprentice wouldn’t only help me, but it would be beneficial for the apprentice themselves in allowing them the opportunity to get into the trade.

What benefits does taking on an apprentice have for your business?

Having an apprentice means giving me much needed help for every day, time-consuming tasks. The can be anything from helping to get things from the van, taking phone calls and assisting me on jobs.

The added extra support really helpful, and in the long run saves me money and time, meaning that we can get the job done quicker together.

Why is it important that more is done to encourage apprenticeships?

I think more should be done to advertise apprenticeships, as I don’t feel that awareness of them is high enough, and a lot of people don’t know that they are even out there. I did an apprenticeship myself, but it took a whole year for me to find one, it was really difficult. The reason I heard about it was through my uncle, as he knew someone who was looking for one. It came down to who you know.

An apprenticeship is definitely not for everyone, but there should be information out there to help employers find the right people. Some employers think that an apprentice will slow them down initially – they need to pay extra insurance costs too, so these are all disincentives to hire an apprentice. When it can already be financially difficult, they might think it’s not worth it and just work long hours to do the extra work themselves. It takes two to four years to fully train an apprentice, so it’s a real time and money investment.

It’s really competitive to get one too; some young people apply for them and don’t hear anything back. I applied for at least 30, I looked in the Yellow Pages and picked out every one I could find – from the big to the small ‘one-man-band’ local ones! Jacob Ball (17), the apprentice I hired with the competition prize had also applied for many and had not heard anything back. It had been a real struggle and the Trade Radiators competition really helped us both.

How important do you think apprenticeships are for apprentices? And their future career growth?

I think that it’s essential for those who want to go into the trade to undertake an apprenticeship. College is great for learning the theory, but you cannot pick up all the skills needed without having the experience of an apprenticeship too. All the little shortcuts, tricks of the trade are taught much faster learning on the job. I myself find I learn better watching someone do something rather than being told how to do it. The practical element is most important, so apprenticeships give apprentices a head start on the practical side of the job.

What is the main barrier stopping businesses taking on apprentices?

The two biggest factors that hinder businesses taking on apprentices are time and money. Some people are just scraping by financially in their business, so for them the money aspect is more prominent and to take someone else on just isn’t an option, even if they have enough work coming in for two people. It’s hard to say yes tomorrow during the dry spells when business is quiet.

The time aspect can put people off too, it can be very labour consuming to train someone up, especially at the beginning. There will be that initial period where you need to invest a bit of time for it to be beneficial at the other end.

Not a lot of people are aware about government funding available either. I certainly didn’t know about the option, or even how to go about applying for it. I think it’s important to make that information more readily available.

What advice would you give any businesses looking to take on apprentices?

It’s something definitely worth considering if you’re able to take one on and if you’ve for the workload to share. If you can train an apprentice up to a good enough standard, they can do some of the work for you and end up making you money, you need to speculate to accumulate. Look at the bigger picture, although the initial stages may seem daunting to invest the time and money, the long term effects will be worth the extra work.

What advice would you give any apprentices?

Don’t give up; keep contacting local colleges and universities, job and advertising boards can be useful. Simple Google search businesses in your local area to read up about what might be on offer near you. Contact people directly to show your interest. Just find out as much information as you can. The more informed you are, the better your chances are in finding a suitable apprenticeship.

Once you do secure a job, you’ll find that you’ll be thrown into the deep end and be expected to learn fast while working on site, so make sure and be read up about that side of it as much as you can and just take it from there. Take your time in deciding what type of apprenticeship you might want to do. It’s challenging work, so having a strong work ethic is a must.

Thanks very much for your insight into apprenticeships and the effect on a business.