Emmanuel Carraud is Co-Founder and CEO of MagicSolver, an app discovery company that solves the problem of over-crowded App Stores by selecting the best apps everyday for free to the community of users for iPhone, iPad and Android. 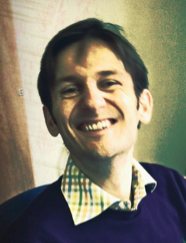 After 10 years of experience in consumer marketing and mobile advertising across Europe, I wanted to start a digital business in the new apps arena. I updated my business skilled by doing an MBA from Judge Business School, Cambridge University with the idea of starting a digital business just after that degree.

I met my co-founders Oliver Lamming and Leon Palm, Computer Scientist students in November 2008 at Cambridge University at a networking event Enterprise Tuesday, and we decided together to enter the business plan competition of Cambridge University Entrepreneurs with a novel idea for a Sudoku Solver which can solve any Sudoku game with your iPhone

How did the idea for MagicSolver come about?

MagicSolver was originally an App Development company, which develop innovative mobile apps for consumers. We wanted to bring Magic to every iPhone.

Tell me about the early days; what was the hardest part of starting the business?

We created and develop the first Christmas Advent Calendar for iPhone in December 2009. Instead of chocolates, we selected the best 25 free apps of the App Store, one free app every day. We partnered with the best 25 apps publisher in the world. It was an instant hit. Users loved it, and developers thanked us for having their apps downloaded.

After winning Cambridge University Entrepreneur First prize in July 2009, we never needed external funding. We started as a very lean bootstrapping start-up, and then we got revenues from our community of users through advertising and through partnership with top apps publishers. Currently, we provide top quality downloads for most of the famous apps publisher, including Disney Mobile, Electronic Arts, King.com, Supercell.

What is MagicSolver? And what are you trying to solve with it?

Magicsolver is an app discovery company. We solve the problem of over-crowded App Stores by selecting the best apps everyday for free to our community of users for iPhone, iPad and Android. We do that through daily apps recommendation with Free App Magic http://www.freeappmagic.com/ and seasonal Magicsolver countdown apps for special events like Valentine’s Day, Halloween, Christmas, Sport events.

We built a great talented team, we constantly listen to our community of users to know the best apps and we spend a lot of time with apps developers and publishers.

They are so many challenges that entrepreneurs go through trying to build a company or making it successful, can you share a challenge you faced and how you overcame it?

What should we be expecting from yourself and the MagicSolver team in the next coming months?

Understand your market. Solve a real need. Bring a bit of magic in your product or service.