Colin Hewitt is the founder of Float, a cash flow forecasting tool that keeps your cash management forecasts accurate and up to date. I invited Colin on YHP as he shares his entrepreneurial journey. 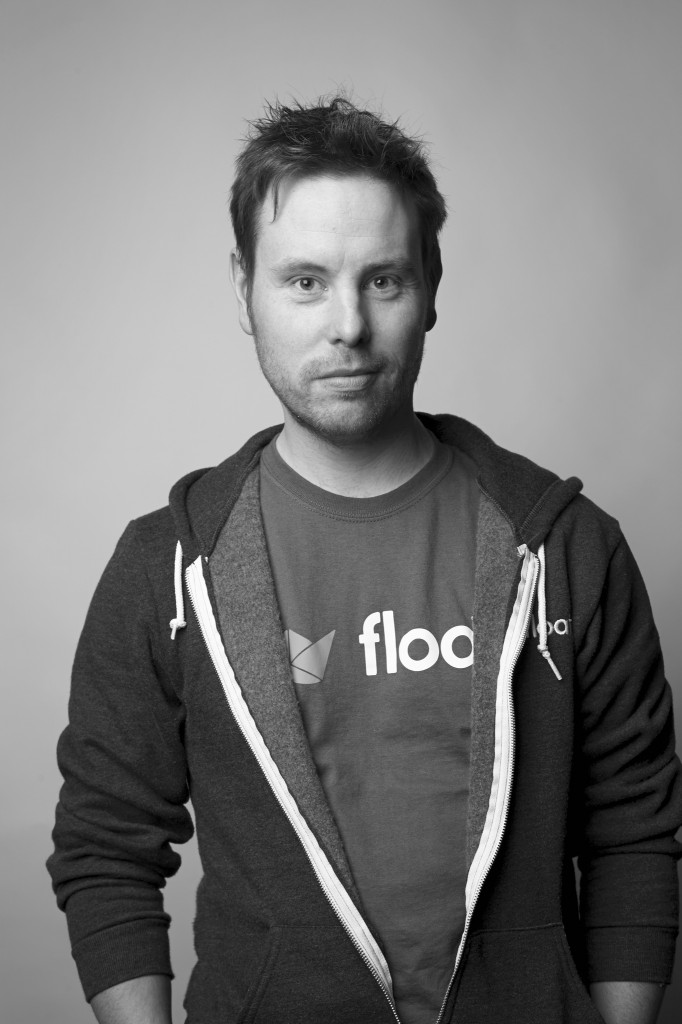 Hi Colin, Thanks for doing this. How are you doing today?

I’m well, thanks Joseph! It’s been a good January so far, we’ve got off to a great start with some very productive weeks at Float, Its going to be a big year for us in 2014.

I came to Edinburgh from Northern Ireland in 1997 to study Computer Science, and I loved the city, made a lot of friends and decided to live here. I got married to Kathryn in 2006, and we’ve now got three kids. When I was a student I got to spend quite a bit of time in California during the holidays. I feel very at home there, made some good friendships, and it has definitely influenced me in a big way.

I set up web design / branding agency IfLooksCouldKill in 2002 and ran that for 10 years. I saw the potential to bring design and tech together in a way that wasn’t really happening in 2002, and was excited about the opportunity to build better online experiences. I had a technical background but I also wanted to bring designers and techies together to see what we could achieve. It was a great experience and during that time I began to get drawn more and more back to software and application development.

How did the idea for Float come about?

After university, I was in a little bit of a rut financially, I found it was hard to get out of my overdraft, and I decided I couldn’t run a business and deal with personal debt at the same time. I was drawing a small regular salary, and I built a spread sheet to help me figure out where I was overspending.

After a while of doing this, I realised I could apply a lot of the same logic to our business. And the spread sheet grew arms and legs. It was great - but I was the only one who knew how to use it. It was great to see an accurate cash flow but it was frustrating how long it took to keep it up to date.

Attending Y-Combinator’s Startup School in San Fran in 2009 was the jump start I needed to begin the process of launching Float as an automated way to manage our cash and future projected income, by taking data from our accounting system directly.

With ILCK, the hardest part was winning our first bits and pieces of work. It was a quiet first 4 months! Thankfully we had some savings and didn’t panic, and were gradually able to build up a portfolio. With Float the hardest part was realising that what we thought would take us 3 months, actually would turn out to be more like 3 years!

Building a piece of software that actually nails the pain point of your users isn’t easy… One of the things we did was to write to every first user, and build a relationship with them. We got some great feedback, and we began to understand the things users would and wouldn’t spend time doing.

We launched a “Founders Club” (this was before the days of Kickstarter!), and we gave a “lifetime” subscription, with the promise of top level support etc, to anyone that would pay us for 2 years in advance. Some people were more than happy to do that, so it gave us a decent cash flow boost, as well as users who wanted us to succeed. FreeAgent were also really helpful in telling people about us, and that meant that we didn’t need to rely on our (fairly feeble) marketing efforts!

The Founders Club gave us our initial boost. We took an early angel investment and got a grant from Scottish Enterprise that helped us through the first 18 months. We didn’t draw much salary and relied on savings and our families for support!

What is Float? And what are you trying to solve with it?

Float is a cash flow forecasting tool that keeps your cash management forecasts accurate and up to date. Float came from the idea of trying to figure out how much cash we actually had, how much was going to come in and out in the near future, what invoices we needed to chase, etc. Basically, we wanted to figure out if there were any shortfalls ahead, with as much notice as possible.

We realised that with the new online accounting software coming of age, and existing incumbents like Sage and Quickbooks losing their long held strong hold, we’d be able to access data and provide real insights to the future… Most accounting packages stay away from the cash flow forecasting area, because its tough to nail down, and not as black and white as straight forward historical accounting.

We realised that we’d have to take a risk and spend some development time moving from just integrating with FreeAgent to other systems like the up and coming accounting software from New Zealand, Xero. That meant taking time out from feature development, and focus purely on infrastructure and back-end integration. But it was a very important decision, as it would open up a huge new market for us. Implementing a new customer communication system, Intercom, to stay on top of conversations with our users has also been a huge help to us.

They are so many challenges that entrepreneurs go through trying to build a company or making it successful, can you share a challenge you faced and how you overcame it?

It took us over a year to build a new multi-platform system, without being able to add any new features to please users. We did not expect it to take that long, it was a hard, painful and long road to go down, our cash was running out, and we nearly gave up. But we managed to launch the full, commercial version of Float for Xero before Christmas 2013 and it’s been a huge success. The market is getting stronger and we’ve doubled our user base in the past few months.

I think the key thing for me was realising that this business was exactly what I wanted to be doing at this time of my life. I needed to give it a shot and therefore throw everything I had at it. That helped me to not fear failure and to go until I really couldn’t go any more.

My friendship with my co-founder Philip Roberts was a huge highlight and big part of this journey for me. In general, I’d say if the relationship between co-founders isn’t working, nothing is. At times its easy to feel like the other person is making life difficult, when actually you realise that its a limitation in your own character that is blocking you from where you want to be.

We managed to maintain open and honest communication and that helped us both learn to respect each other and ultimately ourselves. On a more superficial level, switching on our payment options and seeing people signing up to pay for the first time, is a huge adrenaline boost. People want to pay for what you’ve put your heart and soul into - its a good feeling!

How do you define success?

Good question! There is obviously the buzz of the first good review, the first paying customers, the long term users, publicity etc, but for me the best days are when everyone knows what they are doing, everyone is in the zone, you come in to work feeling ready to go, and feeling that you’re making a difference in the lives of daily users.

Success for me is believing that I’ve given something my best shot, treated people well, learned a lot. Looking at the big picture, I think its about healthy relationships and feeling part of something bigger than yourself. I’m learning that the outcome is usually less important the attitude and outlook. I think Randy Pausch nailed it in his ‘last lecture.’

What should we be expecting from yourself and the Float team in the coming months?

As mentioned, we’ve just come out of a season of grinding through architecture and infrastructure, and now we’re really able to build some of the features that users have been asking for. First on the list is moving to weekly forecasting, letting users view their cash flow on a week by week as well as monthly basis.

We’re doing some great things in terms of budget management and set up, and we are also working on developing our Partner program, which lets accountants and bookkeepers manage their clients on Float in a better way. We’re also moving to a new office block in Edinburgh (a new TechCube, with a number of other exciting startups) and we’re focusing on improving our development processes in the team. This is a very exciting time for us!

I’d say that in tech startups, it’s easy to feel like it is all about raising a lot of money and hitting the big time in under a year. My belief is that you have to be in this for the long haul. You have to learn about people, understand yourself, how to motivate people, how to know your limitations and ultimately discover what you want in life. That’s hard! Think long term.

Next, I’d say choose your team wisely. The team is the most important part. Take your time, don’t rush.

Finally, keep a work journal to keep track of how you’re feeling, what you’re thinking and what’s important to you - it will help you focus. I try to take Friday mornings out to journal and think. I use idonethis.com to track what I did each day and where i’m at. Its easy to get distracted and lose focus, taking time out to get some perspective is what keeps me on my game.