How Barnaby Clark is planning for world domination with Line-Up

Barnaby Clark is the founder of Planvine, the creator of Line-Up, an app that lets people create a personalised what's on guide. Users can follow their favourite venues to receive a stream of all upcoming events; from theatres to nightclubs, galleries to cooking schools, and everything in between.

I invited Barnaby on YHP to find out more about the app, lessons learnt along the way and plans for 2014. 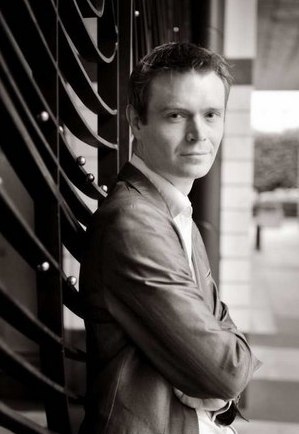 Hi Barnaby, How are you doing, great to have you on YHP?

I’m very well, thank you for having me.

Tell me about yourself growing up?

The younger of two children, I was born in Kingston, Surrey, and spent my first few years living there before moving to Norfolk at the age of seven. Growing up surrounded by the Norfolk broads, I quickly became a keen sailor. I attended Broadland high school, where I developed an interest in science and music – playing both the piano and cello. At college, I learned languages, and went on to gain a European Business Degree both from the University of Portsmouth and the ESC Bordeaux.

How did you get into business? Were you exposed to entrepreneurship as a child?

I have always enjoying building things; growing up I used to love making things with my father, everything from computers, to engines. For me building a company is just more extreme example of this.

Who was your inspiration growing up and why?

It sounds a bit clichéd, but my main sources of inspiration growing up were my parents. My father was one the most intelligent people I knew growing up. He had a number of careers, including mechanic, maths teacher and engineer, before finally settling on being a barrister. My mother continues to be an inspiration to me. She had a varied and successful career, including being the first female saleswoman at NCR, where she met my father.

She is now retired, but is one of the most active people I know, filling her time with various interesting pursuits from singing to basket making. I have always been inspired by people who have the courage to do the things they really want to do in life, rather than settling for what they feel they ought to do.

What was the inspiration behind Planvine? How did the idea come about?

My two business partners are my best friends and we had all been talking about how we would like to start up on our own one day. We started meeting once a week for dinner near Waterloo to discuss potential ideas; we finally settled on Line-Up after James told us about how he had recently missed an event that he really wanted to go to. This was a problem that resonated with all of us, so we decided that it would be a good problem to try and solve.

So Barnaby, what is Line-Up? What are you guys are trying to solve?

Line-Up lets people create their own personalised what's on guide. Users follow their favourite venues to receive a stream of all upcoming events; from theatres to nightclubs, galleries to cooking schools, and everything in between. This stream can be supplemented by following suggestions from bloggers, critics or local heroes who recommend the best ways for followers to spend their time. When the user sees an event they like, they simply save it to their own personal Line-Up of the things they want to do.

The listings data that we use to power the app, comes from our unique technology that atomically collects event information from venue sites across the web; this means that we have the most comprehensive database of events available. This information is currently powering the What’s On sections across the whole of Trinity Mirror’s regional online titles, as well as a whole host of regional radio outlets, independent news sites, and blogs.

What were you doing before you founded Planvine?

Before Planvine, I was an associate at Sardis Capital (a boutique investment bank specialising in tech mergers and acquisitions).

What was your biggest challenge during the starting up phase?

The sheer volume of things you need to think about and do to run a business is incredible. It’s also important to get things done at speed. There is so much innovation in tech these days, that your great idea may well be realised by someone else too, so it’s important to move quickly, but also properly, to ensure you have a great and unique product.

Raising money is always such a hot topic when starting a business, How have you been able to fund the business?

Our first angel investor was Osman Mardin, founder of Sardis, my former work place. Following this investment, the team has worked hard to network with other angels and the London tech scene to build awareness of the Line-Up brand and the work we’re doing. As a result we were also able to raise capital from two angel investors, Richard Fearn and Turi Munthe. We have also been generating revenue for more than a year now through our media partners who use our data for their What’s On pages.

What are the most crucial things you have done to grow your business?

I think there are a few things; we have always tried to work closely with customers and users to make sure we are building things that solve their problems and that they want to use. We have put a lot of effort into finding more experienced people to help us; from the amazing team at Seedcamp to our early investors, Osman, Richard and Turi. Finally, we have spent a lot of time finding really smart people to join the team.

Would you say the business has changed from the first initial idea?

As the company has grown and developed, it has naturally evolved through different phases, and we have tried out different business models and product iterations. The core idea of the business, however, has remained pretty much the same; we have always wanted to help people find more interesting things to do with their spare time.

There have been a number; receiving our first real revenue was great. It is always an exciting moment when we make a new hire, or get a new advisor on board. But the biggest highs are when we launch new products; most recently, it’s been the launch of our app, Line-Up, which has had a great response from the public and the media.

2014 is looking very exciting for Line-Up. We plan to expand the app (it’s currently only available with Manchester data) to encompass the whole of the UK. Then, who knows what’ll be next – world domination!

What three pieces of advice would you offer entrepreneurs starting out today?

Make sure you are solving a big problem.
Be passionate about what you are doing.
Don’t give up - entrepreneurship is for life!