Robert Jakobi; from Pod bites to Metcalfe’s Food Company, we talk to this entrepreneurial MD 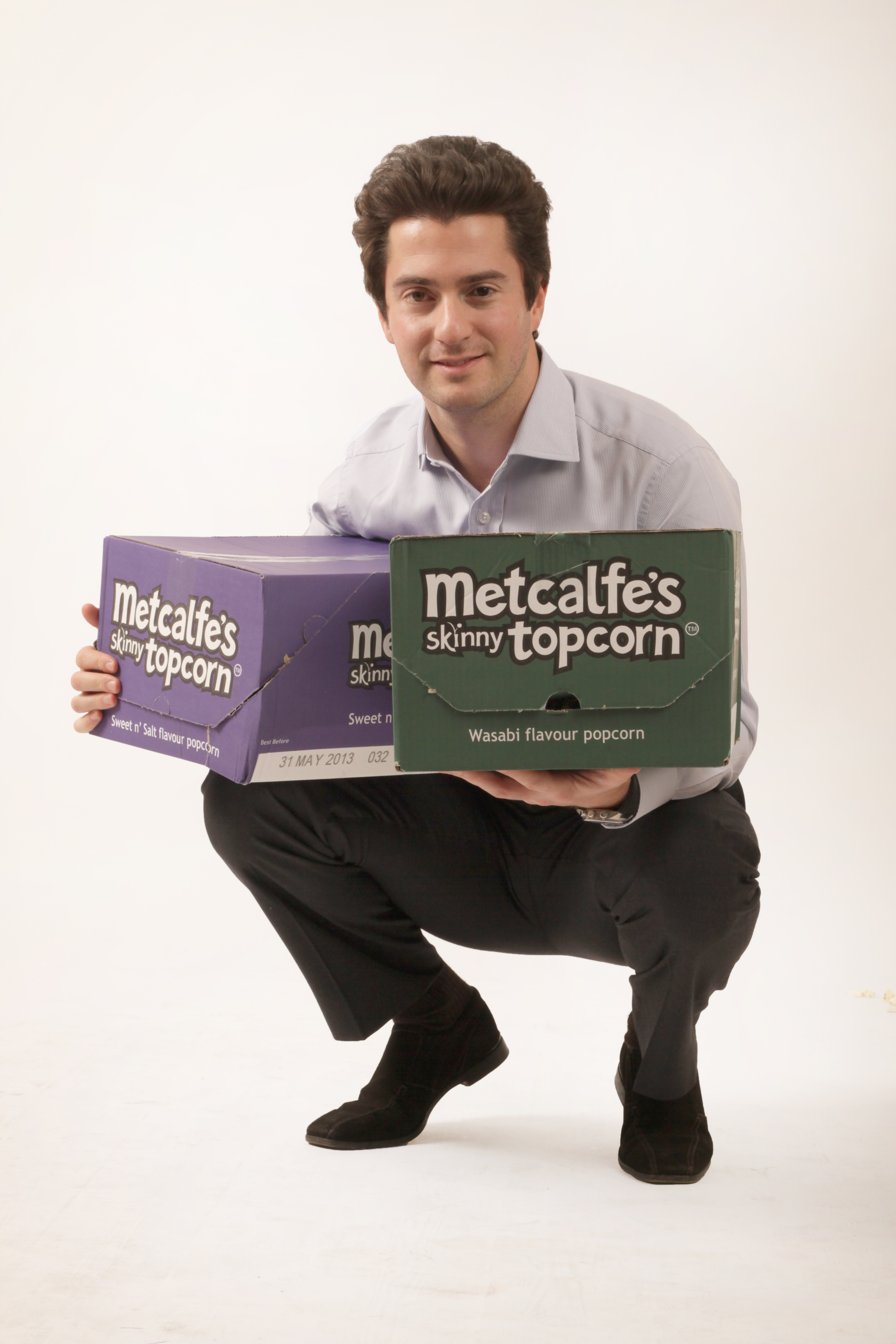 Hi Robert thanks for being on YHP, how are you today?

Can you give me a brief background about yourself?

Where to start? OK, I grew up in London and then moved to the US for University. I studied first at Duke and then at the University of Pennsylvania where I graduated in May 2007. I’d always had entrepreneurial tendencies but Penn (as it’s commonly known) really brought these to the fore. There were a lot of very driven and smart people there and I really thrived in this type of environment. Lets just say I found it to be a very inspiring place. I actually had the idea for my first business (Pod bites) whilst I was still studying at Penn.

After graduating in 2007 I went into investment banking. I worked at Barclay’s Capital in New York before moving back to London. Deep down I carried that burning desire to do my own thing. In March 2009 I launched Pod bites in London whilst continuing to work in Finance. In terms of the products, no one had seen these before. I’m proud to say I was the first person to launch chocolate and yoghurt covered edamame.

I very quickly secured listings in Harrods, Harvey Nichols and Selfridges. I was very keen to have the Pod bites range stocked in itsu so I tracked down Julian Metcalfe (Founder of itsu and Pret A Manger). itsu is all about healthy, Asian-­inspired fast food hence it was the perfect outlet for Pod bites.

If you ask Julian he might say I stalked him given I persisted for months to get a meeting. In our second meeting he asked me to be the Managing Director of Metcalfe’s Skinny Topcorn (now Metcalfe’s Food Company). The rest is history!

Julian had launched the Company initially to make popcorn to sell to itsu and Pret. Today, three years after I first joined, Metcalfe’s Food Company makes delicious, affordable, healthy food under the itsu grocery and Metcalfe’s skinny brands. The brands can be found in supermarkets including Sainsbury’s, Tesco, Whole Foods Market and Waitrose to name a few.

Metcalfe’s Food Company now delivers annual sales of over £10,000,000. When I joined it was merely a popcorn company selling to Pret and itsu with annual sales of £300,000. We’re really going places.

So your entrepreneurial exploits started at college, what prompted this?

Absolutely, as I said, it was that kind of place. I spent a great deal of time with like-­‐minded entrepreneurs who had all started their own businesses while in College.

While in my last year at Penn I realised there was a gap to be exploited by selling healthy snacks to the cinemas. Not everyone wants to munch their way through over-­sized packets of sweets or chocolate. Japanese snacks were growing in popularity at the time too and there were a number of really great Japanese restaurants in Philadelphia including Pod. Edamame was always very popular.

What was key in taking it from an idea to fruition?

Determination. I had a great idea, as many people do, but without that unswerving perseverance you won’t get anywhere. I think any entrepreneur would say exactly the same thing. Obstacles will always come up but you just need to find ways to circumvent them.

You went into the corporate world after graduating. What did you learn and at that stage did you still have a plan to go into the startup world later on?

Working in investment banking obviously helped in terms of my understanding of the corporate world. It gave me first hand experience of how a big business functions. Whilst I enjoyed the fast paced environment, I hated the politics and hierarchy. I was never made for the corporate world. I went into finance to get as much training as possible but I always knew it would only be for a few years. I always wanted to do my own thing and be an entrepreneur.

How did you get Pod bites into Harvey Nichols and Selfridges and what were the key differences to selling in the US vs UK?

By presenting a solid business case and pitching it well. The product was very innovative; no one else had done this before in the UK. It was a great healthy alternative to chocolate raisins and peanuts and people are far more health conscious nowadays.

Retailers in the US were much harder to impress. I guess there are so many innovative food companies there. The challenge was to convince them I wasn’t just one of the many hundreds of companies that have a good idea and great products.

So what are you up to now?

I am running Metcalfe’s Food Company and we’re going great guns. The business has grown by over 30 times in the last three years and I’ve assembled a young, dynamic team that are really committed to the cause. We’re securing major listings for our products all the time (under the Metcalfe’s Skinny and itsu brands). There is so much going on but its very enjoyable and exciting.

What else would you have liked to achieve in 5 years from now?

I have lots of ambitions and I think it’s important to constantly set goals. You reach one and then you set a new one. In terms of specifics let’s just say I’m focusing on getting Metcalfe’s Food Company to sales of over £150 Million. I have no doubts we will be well established in Europe, the US and the UK within 5 years.

Fantastic, good luck and hope to catch up on the progress of Robert Jakobi in the future.