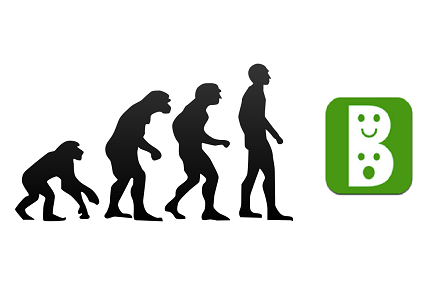 Blinc is a photo messaging app which enables you to send a picture to a friend, and see their instant reaction sent back to you...however, read on for their latest NEW features.

As Blinc approaches its next update, we look back at what began as a very simple fun app, into a potential everyday social fix.

Blinc began at AngelHack on Old Street, and initially was a self-destructing messaging app. Very simple, very easy. But with Snapchat taking the world by storm, it was very likely that Blinc would be lost beneath the huge juggernaut that is Snapchat. Luckily, the founder’s saw this coming and quickly opted to look for something different.

Alex Sowter, co-founder and CMO of Blinc said “We had a bit of a brainwave with an idea which enabled the user to see their friend’s reaction to an image. With some market research this also happened to be Snapchat users most requested feature.” A win-win for the team there.

The use of the iPhone’s front-facing camera tapped into something which was very rarely used, if at all in apps. The result was very positive; the team’s pitches across Silicon Drinkabout proved a hit and gained them a lot of fans who fell in love with the concept. They were also lucky enough to be invited to Barcelona to pitch for Seedcamp.

Alex says “Seedcamp really gave us an insight into how to make a product stand out. We were pitching amongst companies who had slightly changed an existing product to businesses making flying robots used to save lives. We learnt a lot about what investors want to hear, and how sometimes putting a different spin on things gets you noticed. Blinc had began to take shape from a fun, simple app into something which has real business potential, something in which brands could use to engage an audience and their users.” Always great to hear how these experiences are worthwhile.

Since Seedcamp, Blinc has taken a step back to focus on the user experience with new features and an altogether different feel. With their developers Rob and Sally making some incredible progress with the app itself, George and Alex have been focusing on Partnerships and Marketing strategies to form the Blinc direction. They have also hired an intern, Nick, from the UCL Advances program who will be helping out with Marketing and some special projects.

I have been lucky enough to try out the latest update before the release, and I have to say, I’m very excited for them. Their new features amongst many include reaction GIF’s. Originally, I would send a picture to a friend and get back a photo of his/her reaction. Now however, when I send a photo I get their instant reaction back in the form of a GIF...

This adds a whole new dimension to the term ‘Reaction based messaging’ as you get to really see their full expression. It works by taking 3 very quick pictures. One before you view the picture, and two after. You really get to see your friend’s full range of reaction to the image.

Send a picture + text comment. Receive their Blinc reaction in a GIF.  Option to Share it to the world.

So when I send my mate Tony a Blinc of the latest surprise football score, a mutual friend doing a prank or just a funny photo, I get to live the joke with him. Much better than a standard ‘LOL’ back in a text message that’s for sure.

Now this may seem like enough for an update, but Blinc haven’t stopped there. They have joined forces with James Dryden, a pretty darn good developer to help create the Blinc API. Facebook now allows users to send images as a comment. This opens up a whole world of opportunities for companies to explore. Blinc as a company wants to be the platform for reactions, both from the hottest news stories and your friend’s life events.

To embrace Twitter, Blinc have now enabled users to create a link (via their webpage) which they add onto the end of your Tweet. The public can then click on this link, opening up their webcam enabling them to give their reaction to the tweets story or event. Quick, simple, and my god its fun.

So there you have it, the evolution of Blinc. From its humble beginnings to something that has the potential to be a everyday lifestyle app. The features seem great and with the instagram culture paving the way for the ‘Selfie Culture’, Blinc has everything to play for.

Website: www.blinc.io - Regularly updated with hilarious blogs, pictures and what they’ve been up to.