A few years ago I heard about a startup who raised £75m in seed funding and were planning to take on the high street banks. Metro Bank started opening up stores across London and they were hard to miss! A couple months ago I had the chance to chat with Anthony Thomson one of the founders and former chairman of Metro Bank, see the interview below: 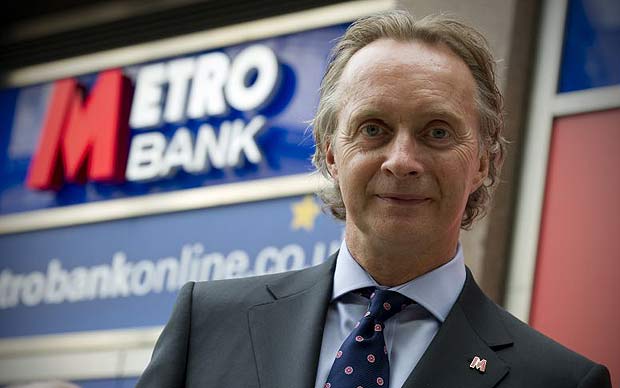 Hi Anthony, thanks for being on YHP. First of all could you give me a bit of background to yourself?

Sure, so Back in 1987, I co-founded a company called City Financial Marketing. City Financial Marketing was a marketing services group which specialized in financial services- and it was rather unusual because in addition to the normal marketing and communication disciplines, we also had a technical and compliance department, and an actuarial department. So it was, very much a specialist in financial services. It grew to become the biggest agency of it’s kind in Europe over the next decade, and in 1999 I sold it to a publicist which is the 3rd largest ad agency group in the world.

I then co-founded the Financial Services Forum, which is a membership organization for senior executives in financial services companies. I ran that until 2007 as chief executive. And then I stepped down as chief executive and became chairman in 2007, whilst I started on the project that became Metro Bank.

Now has 18 stores around greater London.

And so you were working on Metro Bank for 3 years, were you- before it launched?

Well really from 2007, yeah 3 years before it launched, and then almost 3 years as chairman of the bank.

So what was the inspiration to start it?

It really came from my experiences of running the Financial Services Forum which was looking at UK financial services companies. I realized that very, very few of them actually put the customer at the center of what they did.

I saw real opportunity particularly in this, the banking sector, to create a bank that focused on the customer. So that was the idea behind Metro Bank. And all of the things that Metro Bank embodies -the 7 day opening, opening early, opening late, the great customer service, the retail experience are what I wanted to apply to differentiate it from the existing banks. 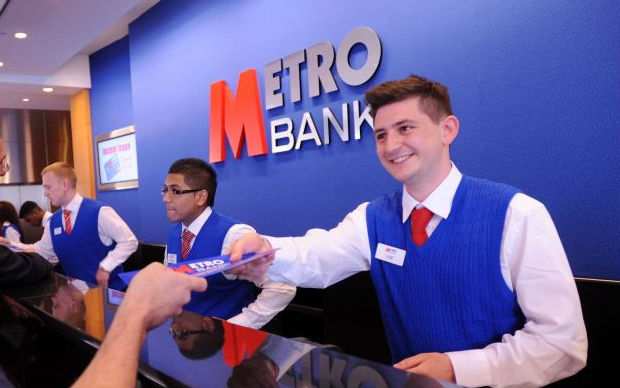 No, we had a very clear plan that was based on putting the customer at the center of everything that we do. And that plan went through launch and continues today. Now, as the bank grows and matures over time, the way in which we deliver that customer-centric experience may change, but the fundamental principles which underpin it won’t change.

OK, and being the first high-street bank to open in 150 years is quite a feat, I mean, how did you do it? How did you go and get all the licenses and everything to make it happen?

Well, there were really a handful of challenges.

So the first challenge was could we get authorized by the regulator to open a new bank? And that was a very long and arduous process, and indeed we’re the only person to have been through it even since march 2010.

The second challenge was around raising capital. And you know of course that’s very difficult. We raised £75 million to launch the bank.

Shortly after it opened, we raised another £53 million from the existing shareholders. And then one of the last things I did, last year before leaving in 2012, was to raise another £126 million.

So in total we raised some £253 million, about a quarter of a billion, as capital for the bank.

That’s a lot for a startup isn’t it? (laughs)

It’s a lot of money -well it wasn't all for a startup- the £75 million was for the startup.

And then once we were open and running and people saw the successful trajectory of the bank we raised another £53 million, and then as it continued to grow we raised more capital because as banks grow they require more capital as a buffer- required by the regulator. And of course the costs of opening lots of new locations and so on and so forth.

And how did you go about getting the initial £75 million?

The usual way, you just go and talk to an awful lot of people. We couldn't get any traction in the UK, nobody thought back in 2007-2008 that there was an opportunity for a new bank in the UK. So we actually raised all of the initial money in America.

OK. And was that helped by the fact that you and your co-founders had previous experience having started and sold companies?

I think that it was a number of things, you know, there was our experience, a belief in the business model, some of the companies involved had invested in a similar bank and had seen very good returns on it, so they were prepared to invest in it.

You've obviously had quite a lot of growth- I've seen multiple stores popping up nearby. I see them all the time.

And it’s all in London for now, is it?

In greater London. Well it depends on your definition, we've got stores as far west as High Wycome and Reading, later this year there’ll be one opening in Brighton.

I’ve noticed one thing is they all look very similar, they seem exactly the same, just in different locations. Is that something that was planned? 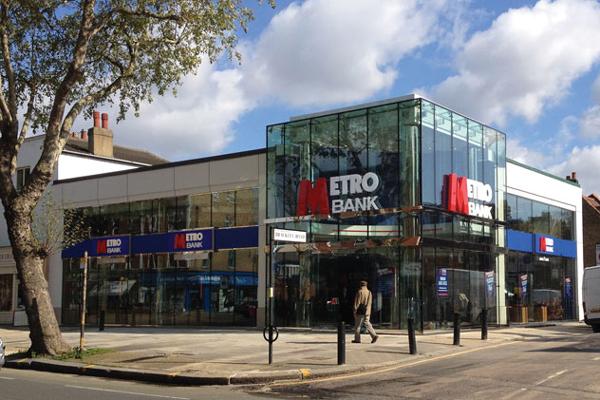 What was your biggest challenge when starting Metro Bank?

IT and infrastructure is a big, big issue in banking.

Right, and was it anything particularly different to other banks?

Yeah, in the center we were building out an IT infrastructure again, that put the customer at the center of everything that we did. So most banks IT systems are based on account numbers but we wanted ours to be based on people. Rather than just a series of account numbers.

So tell me, what did you find was your most effective marketing channel?

It’s interesting to see that the vast majority of accounts are opened outside of normal banking hours, i.e. when people aren't at work. Which is quite logical if you think about it.

I had worked for a life insurance company in their marketing department. I saw a real gap in the market for communications and marketing services, because none of the agencies who I dealt with really understood the business that I was in.

So that’s when I saw a real opportunity to start. A business that provided the service that nobody else was providing.

How did you find setting that up compared to setting up your businesses later? I mean this was obviously your first one.

I’ve always said, that I think I go into businesses with a certain degree of naivety, that I’ve often thought, you know, two years into them, if what I’d know now, I’d known at the outset maybe I wouldn’t have done it. So there’s a little bit of naivety, but there’s no question, the more businesses, successful businesses you create, the better you get at doing it.

So what are you working on now?

I have two new projects, one of which I will be announcing in about a month and the second one later this year. I’ve yet to disclose what they are, other that I would say Metro Bank started the revolution in banking and I wanna continue that revolution.

Looking forward to hearing more about that in the future. What advice would you give to any aspiring entrepreneurs?

You get lots of setbacks as you go along in building new businesses, you have highs and lows, and the important thing is just to keep working every day. I say sort of half-jokingly to what’s the secret to any success: It’s just getting up and going to work. When things get really though, you just got to get up and go in and do it.

So what’s your motivation when you go through those down periods?

You just know you’re gonna come out the other side of it.

Well, thank you Anthony for speaking to me, good luck with your future projects.

If you enjoyed this article please share it so others can benefit.