What if? Does that mean you can’t start/run a business or be successful?

I invited Jordan Emery onto YHP as he talks about getting involved in Quella Bicycle from what seemed then as a social media position in exchange for a bike, to now becoming a partner and the Managing Director of the business. 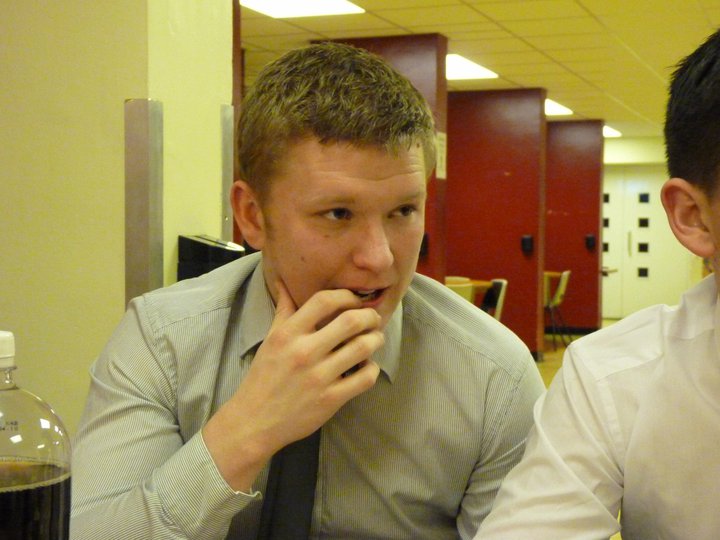 Hi Jordan, how are you doing?

I am 21. I’ve lived in several places around the country, Stoke-On-Trent, just outside of Brighton, Loughborough whilst at Welbeck Defence Sixth Form College. From the age of 18 I began living in London whilst studying for my degree at London School of Economics, and probably consider it home now, however getting my degree has proven trickier than previously thought, with the coming about of Quella being the final blow to finishing in the allotted three years. Three years on, a few positions in the digital marketing industry later, I am now Managing Director at Quella.

Who were your inspirations growing up?

I never really had any particular inspirations when I was younger, but towards leaving college and to today I am inspired almost entirely by the entrepreneurs of the digital age - the likes of Steve Jobs, Jimmy Wales, Shawn Manning. The different stories behind such revolutionary ideas in the internet boom demonstrate what can be done with a good idea and hard work (amongst other things) with the aid of the internet and digital media.

How did you initially get into business?

Unusually I suppose, I don’t have a story to tell about selling sweets at school or any early traits, I never even considered business an option growing up particularly – my mind was set on Sandhurst. It took me moving to London and being in the center of such a buzzing commercial environment, with substantial influence from LSE’s ‘get up and go’, or more fittingly, ‘get up and go get rich’ ethos. In my second year mostly by luck, with a pinch of opportunism, I offered to run the social media for the founder, and now my business partner, Mark Langley (initially in exchange for a bike) this led to a deeper and deeper role as the company grew quickly, and now we are partners.

Tell me how the idea for Quella Bicycle came about?

I would be lying if I said Quella as a brand, was the result of a spark of inspiration. My business partner, and the founder of Quella, Mark, had become sick of his role as a project manager in construction. When hearing he had raised some personal finances and already designed and bought a batch of bikes, I felt I could do something enjoyable and help out by getting involved. The brand idea came about after our first order, and was a combination of Mark’s cycling experience, and the lack of many quality British bike brands that are competitive in price. The idea was to create a fixed gear bike that was as much a piece of art as it is a performance-driven fixed gear road bike – but importantly, not too much of one or the other.

Who are your target audience?

We felt when starting up that there we a couple of problems with the existing ‘fixie’ bike market. Firstly, there were only a handful of British brands, most of which offered bikes that we felt were too expensive for the young and growing fixed gear community. Secondly, those bikes that were price competitively had reputations for being low quality and were commonly garish and not particularly suited to British, more subtle taste. In response we wanted to design a fashionable, cutting edge brand that appealed to both the young student and the fashion conscious, but also didn’t alienate the keen cyclists that use fixed gear bikes as a run around or for off-season training. Being an ecommerce business, we were never limited in our reach and Europe is also a huge market for us. Our bikes are perfect for anyone who cycles in the city.

How was the first initial months of running the business, what difficulties did you face?

The initial months were extremely busy but really fun, neither of us had any extensive business experience, so we were collectively doing the research and slowly working our way through all the setup procedures, finding potential partners, suppliers, producing marketing collateral. Our initial casual targets (as set in the pub), were a bike-a-day by the 6 month mark, this early realization of the potential opportunity meant we had to really step it up a notch. The first few months were generally a mixture of adrenaline and confusion as I fumbled my way through all the setup procedures whilst maintaining long term plans that were ever growing as sales kept on the increase.

Finding a supplier is always difficult, how were you able to find a good supplier?

You are absolutely right! We initially set out to be ‘Made in Britain’ however, Mark and I quickly realized that there weren’t any (literally not one) manufacturer in the UK who could supply the frames we had designed, and in the volume we needed. Forced to look elsewhere we initially tried China but had major problems with our first supplier.

After further research we decided to move to Taiwan with some of our production, and see if we could find the quality we needed there – and we did. Mark and another member of the team, Tom flew out to Taiwan for two weeks and met with over forty different suppliers before selecting the final eighteen state-of-the-art manufacturers that we now have great relationships with.

How have you been able to fund the business so far?

By the time I came on board Mark had already raised enough money to make the first purchase by the way of a personal loan. When we needed to raise investment we had problems with the banks as we had no assets. We had a great response from angel networks and eventually took investment from a team who originally contacted us to feature a bike in one of the photo shoots. We had a tested product, in a growing market, and uptake had been way ahead of expectation in year one, so we had faith that eventually we would find the right person. The whole investment process probably took 6 months.

What has been the highlight of your entrepreneurial journey so far?

I could not put a finger on one if I tried, the whole experience has been one fast-paced learning curve and to come out of the end of it with the backing we needed, and to be in the process of implementing all of our initial ideas is an exciting time. Look forward to our new image when the site launches!

What can be expecting from Quella Bicycle before the end of the year?

This is an exciting time at Quella, we are undergoing lots of changes to bring the brand right up to where we want it. We have a new website due to launch by September, featuring a new range of entry level bikes – our ‘Varsity Collection’ (RRP £299), a full aftermarket parts catalogue, and a cutting-edge bike builder on the horizon, there are also other important things going on. We are also launching with Halfords, and as notonthehighstreet’s only fixed gear bike brand in the coming weeks.

What advices can you give to young entrepreneurs just starting out?

The main lesson I have learned from the whole experience is that you don’t need a world changing original idea to give business a go, you just need to be able to do your research and spot gaps and weaknesses in the market. Quella was founded off the back of a lack of beautiful, but performance driven fixed gear bikes in the market, and we are holding up so far. You make mistakes, we have made lots of mistakes, but we won’t make them again, and as long as you have full belief in your idea you’re most of the way there.