It’s no easy task starting a business, or even building a profitable company. In the start-up world, most companies shut down before they even begin and we sometimes forget that, which is understandable as we’re each day presented with news of the latest company that has decided to be born.

In his 10th year of running Mr & Mrs Smith, I invited James Lohan over on YHP to share his story. 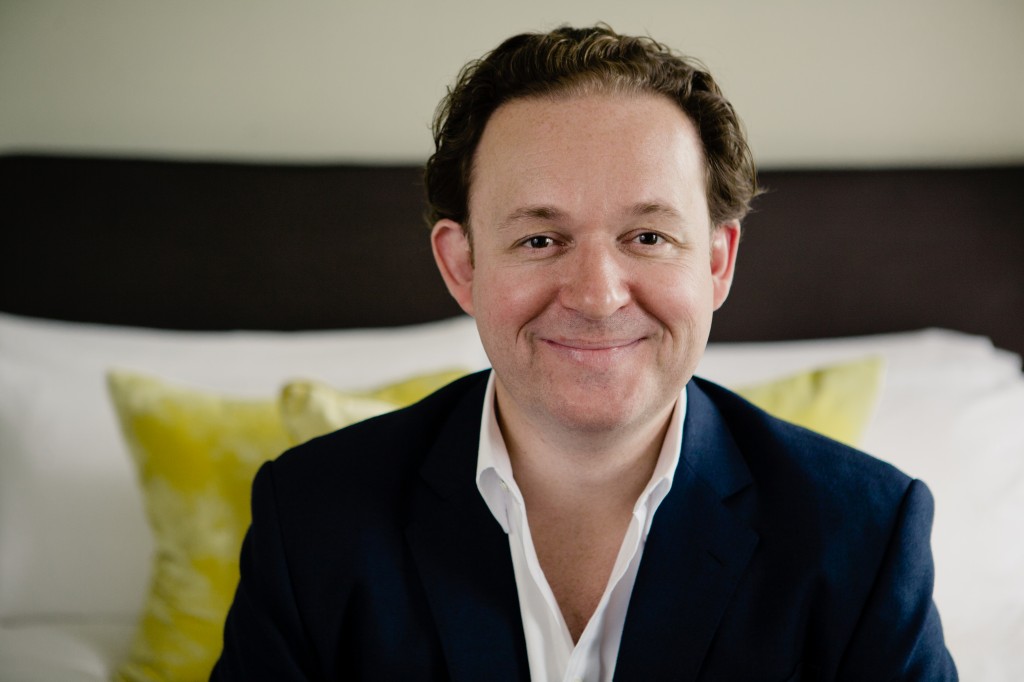 James, it’s so nice to finally have you on YHP, how are you doing?

It’s so interesting to see your progress from Atomic Events and The White House. The transition into starting Mr & Mrs Smith couldn’t have been more seamless. Although I’m very interested in knowing more about the full story on Mr & Mrs Smith, – a company that you’ve been running for 10 years now – I think it’s only right for us to step back a little.

So how did it all begin, what were your earliest memories of being entrepreneurial?

I was at boarding school and the food was pretty awful, so when I was 16, I bought a toasted-sandwich maker and started selling cheese-and-ham toasties, which proved pretty popular. I also started a haircutting business at school ¬– we weren’t allowed to have our hair too short but I bought some clippers and started offering a closer shave which made me a good bit of cash. Well, it was popular with the other boys, but not so much with the teachers. I got into a bit of trouble for that.

Tell us a bit about life pre- Mr & Mrs Smith? What entrepreneurial ventures were you involved in?

I started out in hospital radio as a DJ when I was 21. They had a mobile disco, which I hired to do parties, weddings and then nightclubs. I started making more money from that at the weekends than from my job during the week, so that developed into running and promoting club nights. My first company, Atomic, evolved from that. We created and produced events and quirky corporate parties, product launches and experiential roadshows – we worked for lots of big brands, including Jack Daniels, Wonderbra and L’Oreal.

How did the idea for Mr & Mrs Smith come about?

I wanted to impress my girlfriend Tamara so took her on what was supposed to be a romantic weekend in the Lake District. It was pretty disappointing. I’d used a guidebook to pick the hotel, but it was terrible – the decor was outdated, it had a Corby trouser press stuck to the wall, and chintz and Artex galore. We hated it, and realised there were no guidebooks around to recommend great places to stay for people like us, so we decided to write our own.

It must have been tough getting a business started during those times, how did it all unfold? What was the hardest part of setting up the business?

It was difficult to get funding for a guidebook because we hadn’t published anything before, which is why we ended up publishing it ourselves. There was also only one distributor who wasn’t owned by a publisher. They rejected us too, but I didn’t take no for an answer. We presented to the board and convinced them to back us. It wasn’t easy to get hotels on board either, as we weren’t tried and tested, but we knew we were onto something, so through hard work and perseverance, we managed it.

How were you able to fund it?

We funded the first book through seed funding from friends and family. And we re-mortgaged the house.

Can you remember those early days, thinking of the company name, opening the company’s bank account, to the first six months or so of running the business, how excited were you?

It was definitely an exciting time. It was a good year and a half before the product got onto the shelf ¬– we worked with a friend called Ben White at Bloom Design who came up with the name and designed our vision for the first book. Once we went to print it was nerve-wracking because we didn’t know if we’d printed too few, or too many... But in the first month sales went through the roof: we’d published in September and we had to do a second print run before Christmas.

They are so many challenges that entrepreneurs go through trying to build a company, or making it successful, can you share a challenge you faced and how you overcame it?

Our biggest challenge after the guidebooks was to become a scalable digital business, which we did in 2005, two years after the first guidebook. We knew books were a great way to build a brand, but they don’t give you a future business. So we raised a further £2 million through a mix of a private office fund and high-net-worth individuals. And we outsourced the digital side of the business – if you’re not an expert, find someone who is.

What would you say were some of the key fundamentals that were implemented to accelerate the growth of the company?

We started by outsourcing our travel team but then we brought them in-house, which was immediately more profitable. We hadn’t run a travel business before so we had to learn as we grew. We had also never run or built any software and we ended up bringing that in-house too, which makes us more efficient and quicker to adapt to new technology.

Can you tell us some of the little things that you miss from the early days?

The bigger the business, the harder it is to execute things quickly – I miss the speed of things at the beginning. We have to take more considered business decisions now, particularly since we expanded internationally – we have offices in Melbourne, New York and Hong Kong. I used to like being in a small room where everyone can see exactly what’s happening. Now it takes longer for ideas to be realised and it’s a longer decision-making process.

What role do you now take in the company?

I’m very closely involved in brand direction: the design, the tone of voice and all of the visuals. There’s a certain amount of mentoring of our global heads too. Tamara (co-founder and CTO) and I both work at Smith full time, so we’re still very much involved in leading the business.

What do you do outside work to unwind?

We now have two children so they’re a good distraction; my six-year old Tom insists I go skateboarding with him, much to my better judgement given that I’m now 42! We’re also lucky enough to still be able to travel a lot, which is great. Our summer holiday this year is in Bali, so I’m looking forward to that.

What are your plans for Mr & Mrs Smith and yourself in the next 5 years?

We’re building our business internationally and earlier this year we launched Smith & Family, which is a new brand and a standalone website – it’s a collection of hotels that are as good for children as they are for grown ups. We’re working hard to grow that side of the business. We’re also working on a couple of brand extensions (one is an innovative eco paint idea – I love anything that’s solution based). We’re rolling out Mr & Mrs Smith in Canada at the moment and looking at partners in China and Russia. One day I’m sure Tamara and I will turn gamekeeper and open our own hotel too, but I don’t know when that will be yet!

Before I leave you today James, this is something I think a lot of our readers will want to know. What advice do you have to anyone reading this interview hoping to start a business, or even perhaps someone who has started and is struggling for attention, investment or a proof of concept?

If you've got an idea, sense-check it with someone who will give you honest feedback. Make sure it will work for your target customer and be willing to adapt it if it won’t. Once you’re up and running, speak to anyone who is willing to entertain you by being your advocate – find something that will spark conversation and get people talking, anything that will build a following and brand equity, and bring customers. If you’re struggling for investment find a mentor – get their advice on your pitch and always back yourself, regardless of how small the amount might be. Be prepared not to take a salary for the first year or two – the more you invest, the more likely it is that others will back you.

Thanks so much for your time James.