The stories that you hear in the news world, normally are stories of entrepreneurs selling their companies for x amount of money and getting involved in investment. Although a few entrepreneurs, get involved in a firm and still go about their entrepreneurial endeavours. Others start a fund and focus on investing in start-ups, which can still be classified as a company but one with limited stress.

You rarely hear the stories of VC turned entrepreneur. Why would a VC want to go through the uncertainty of starting a company you might think? The stress of it all. This is why I was so interested to get Chris Morton, founder of Lyst on YHP to find out his reasoning behind leaving the VC business for the entrepreneurial roller-coaster. Here’s what he had to say: 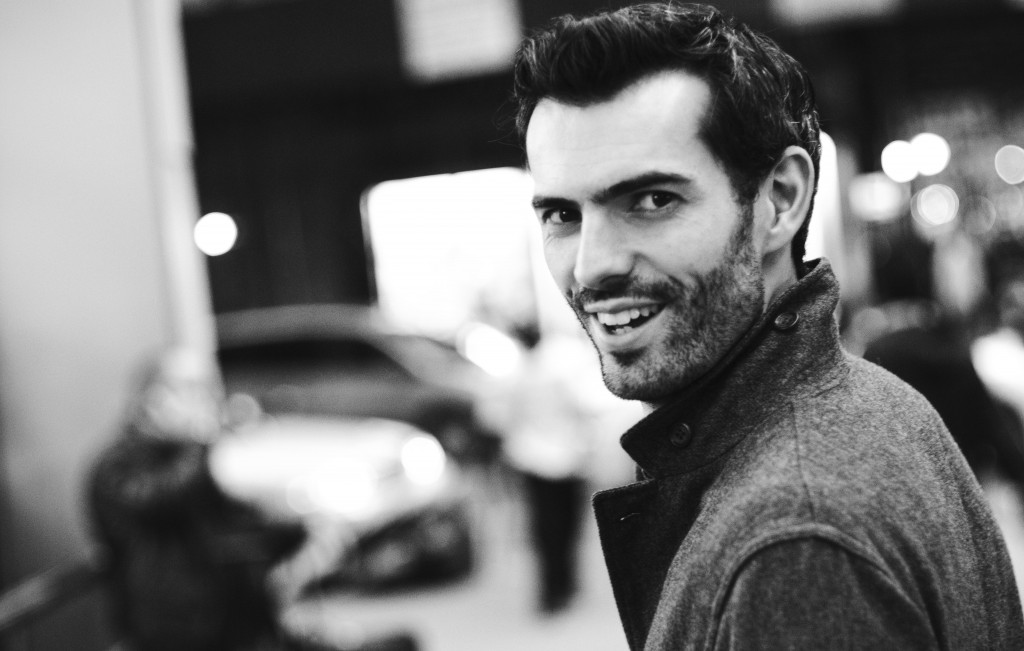 Chris, I’m absolutely delighted to have you on YHP, how are you doing?

Life is good, thanks!

So how or where did it all begin? What were you earliest moments of being entrepreneurial?

It all began one weekend when I was 15 – I started working on an idea for a business with a friend of mine. We both had this problem, so we assumed everyone else did – it turns out that wasn’t the case and the idea never really got off the ground, but from that moment I knew I wanted to build something.

Tell us a bit about life pre- Lyst?

My family have always been into technology - my dad is an engineering professor and my brother is building a quantum computer, so I’ve been playing with computers from as far back as I can remember. My first job after I got my Physics & Philosophy degree was at a tech startup and later on I worked on the other side of the table investing in tech startups, at Benchmark and Balderton. Of course I still had this need to build own thing – it was a question of ‘when’ not ‘if’ – so after two years as a VC, I quit to start Lyst.

You often hear stories about investors who say investing in start-ups is like running a company without the stress, or as much of the stress, why did you go for the stress? Tell us about the jump from being an investor to starting a platform for online fashion? How did you know it was time to leave Balderton Capital?

As for the stress – it’s part of what pushes you to keep building a better product and company – the aim isn’t to de-stress, it’s to channel the stress into something productive

How did the idea for Lyst come about? Why an online fashion platform? What is Lyst? And what are you trying to solve with it?

At the time, I was living in a house with three fashion-addicted women who loved shopping online. Most nights, whether I wanted to or not, I heard about their shopping experiences, what was working and what wasn’t, and the opportunity became obvious.

That helped form our founding belief, which is that everyone has their own style, so everyone’s should be able to shop in their own way – a way that’s personal to them. I also started thinking about three of Benchmark’s investments: Twitter, Yoox and eBay – and in many ways Lyst is born from all three. We’re now the largest pure fashion marketplace online, visited by millions of people every month, and everyone gets their own personalised shopping experience by following their favourite brands and people, much like they might on Twitter.

What was the hardest part of setting up the business?

Finding a cofounder. I was incredibly lucky to find a great cofounder early on who was as passionate about the product as I was, whose skills fit well with mine, and with whom I loved spending time.

How were you able to fund it?

I saved everything I earned in my two years as an investor and spent most of it on the first year of Lyst. Then we raised a seed round at the end of 2010 and a Series A in mid 2012, from DFJ, Accel and a number of fashion investors in NY.

Can you remember those early days, thinking of the company name, opening the company’s bank account to the first six months or so of running the business, how excited were you?

Very. Spending time with young companies on the investing side was incredibly helpful when it came to starting my own company, but nothing prepares you for the experience of doing it yourself. Pretty much everything that can go went wrong (or so I thought) but chatting with other people who had been through the same thing was invaluable. We started life in the Songkick offices and several chats with the founders there really helped me gain perspective.

They are so many challenges that entrepreneurs go through trying to build a company, or making it successful, can you share of a challenge you faced and how you overcame it?

I don’t even know where to begin. I won’t go into specifics, but as I mentioned earlier, being able to share experiences with the wider community was a tremendous source of learning and support.

What would you say were some of the key fundamentals that were implemented to accelerate the growth of the company?

Our team will always come top of that list. Hiring has always taken a crazy amount of time because we set such high standards for the people we wanted to work with. It often takes months to find the right person for a job, but it’s always worth the effort. Working with the people at Lyst is probably the biggest reason I look forward to coming into the office every morning.

Can you tell us some of the little things that you miss from the early days?

No meetings. Everything worked so fluidly early on, there were just three of us sitting in a row, so we all knew what each other were doing. It was wonderfully efficient, but it was slow because we needed so many more engineers to help us build what we had in mind! Now we’re 30 and there are a few more processes involved in how we build product, for example, but when I speak to my friends whose companies have hundreds of staff, I often feel pretty fortunate we’re still only at 30!

What do you do outside work to unwind?

Lyst football happens most Mondays, and I also play basketball or tennis most weekends. I went through a misguided phase of running marathons but I’m over that now.

As an ex-VC, what advice can you give to entrepreneurs looking to raise money for their start-ups? Or what are some of the things that you feel entrepreneurs are doing wrong in raising money?

If you’re contacting an investor, get introduced by a mutual friend rather than emailing cold. Attaching a deck of around 10 slides is preferable to an exec summary in most people’s opinion - definitely don’t send a 90 page business plan! Keeping things clear and brief, with early metrics / traction is also helpful.

What are your plans for Lyst and yourself in the next 5 years?

We believe fashion ecommerce is only at the start of its journey. New business models, that could never exist online, are rapidly gaining traction as the consumer is demanding new ways to shop. I want Lyst to remain at the forefront of that movement.

Before I leave you today Chris, this is something I think a lot of our readers would want to know. What advice do you have for anyone reading this interview hoping to start a business or perhaps even started and struggling for attention, investment or a proof of concept?

I think this picture says it all: