Milo Yiannopoulos – The Kernel to have a second chance

I remember in 2011 when a publication popped up called The Kernel, founded by Milo Yiannopoulos. Amidst a lot of hype was an online publication with some real down to earth and thought provoking articles and guest posts. Unfortunately it didn't all go to plan, but what did he learn and what does the future hold for Milo Yiannopoulos? Find out below: 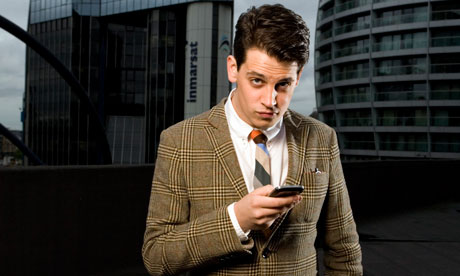 Hi Milo, thanks for being on YHP, how are you doing today?

So who is Milo Yiannopoulos? Can you give me some background to yourself:

Sure. I’m a journalist who has been writing about technology, religion, culture and the media for… gosh, lots of years. And now they’re calling me an entrepreneur, though I’m reluctant to award myself the title.

So tell me what is The Kernel?

The place you go for the most unmissable technology journalism on the internet.

What was the inspiration behind it?

European technology journalism is absolutely awful. I wanted to introduce humour, bite and intelligence to technology reporting and comment writing.

Did you always want to start your own business?

No, I didn’t realise this was going to happen until many years into my career. In 2011, after I’d been repeatedly fired from a national newspaper, I realised I was unemployable and that I should either start my own thing or do another job.

Now earlier this year The Kernel was shut down, why?

Regrettably, we ran out of money. I wasn’t able to raise further funding in time, so we had to call time on publication.

What was missing from the business?

Two things, really: one, a realistic business model, and two: a proper chief executive. Delightfully, we now have both in place.

What were the key things you learnt from the experience?

When did you know it was time to close and what did that feel like?

I realised I couldn’t go on without enough money coming in the door to cover our costs. I made the decision to shut down my baby. It was a horrible experience.

What did you think you would do next once the business closed doors?

No idea! For a few weeks I just sat on the sofa, watching DVDs, eating ice cream and crying.

But now you're back!

How did this come about?

I’m thrilled to be getting a second chance at The Kernel. I know we’re going to get it right this time. I’m very lucky to have a talented entrepreneur and close friend, Aydo Schosswald, to help me with the bits of the business I’m no good at. We’re like brothers and I can’t wait to build a business with him.

Will you get the chance to achieve your original mission? How much will be changed from the original Kernel mag?

We’re going to tame some of the meaner excesses of the editorial, and we’re going to do a lot more video and photo content. Otherwise, I’m going to carry on experimenting with the awesome writers we collected – six of whom are returning in August.

Where do you want to be in 5 years time?

Thanks for taking the time, good luck with the re-launch!

And be sure to head over to The Kernel on August 12th 2013 for the re launch.