Today I bring you Philip Letts the founder and CEO of the AIM listed blur Group. Philip has great experience of leading and growing international tech companies and it was only a matter of time that he started his own company that he could lead and grow. I got to interview Philip Letts for YHP and you can see the great advice he has to offer below: 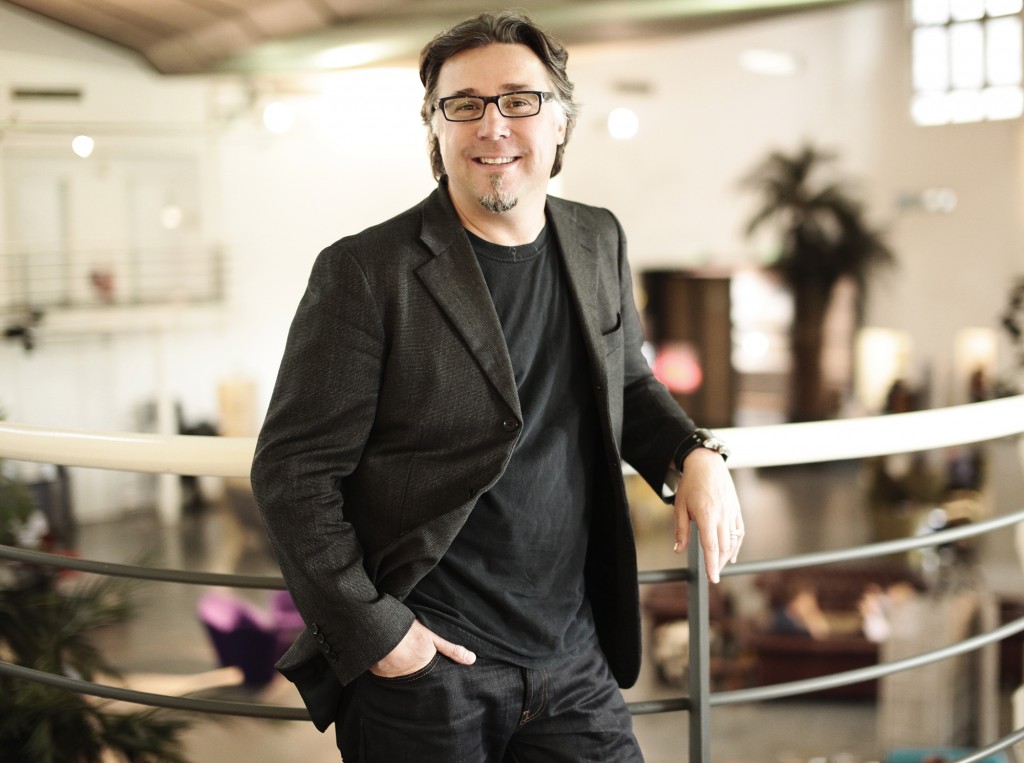 Hi Philip, how are you today?

I am the founder and CEO of blur Group, which I started to build in 2006. blur Group is a global technology company reinventing how businesses do commerce.

We’re growing at a fast rate (revenues grew 216% last financial year), the total value of briefs placed on the Exchange has now exceeded $26million and the number of businesses using the Exchange is nearly 30,000 from 141 countries.

How did you start the company, where did the idea come from?

Having been CEO of several international tech companies, including a ‘holy grail’ Silicon Valley gig. I wanted to strike out and build a company of my own from scratch. After an initial interest in the whole open source movement which I started doing some R&D on in 2006, blur Group turned into reality in 2007.

How was the business funded?

Initially by myself and then we started to work with some great angels, we did 3 Angel rounds, resulting in our largest angel funding round in 2011. My intention was always to move from angel to IPO, avoiding the VC route – it’s well documented that I want to build a business that’s a tech titan, a successful global business started out of the UK, not go for a quick exit. 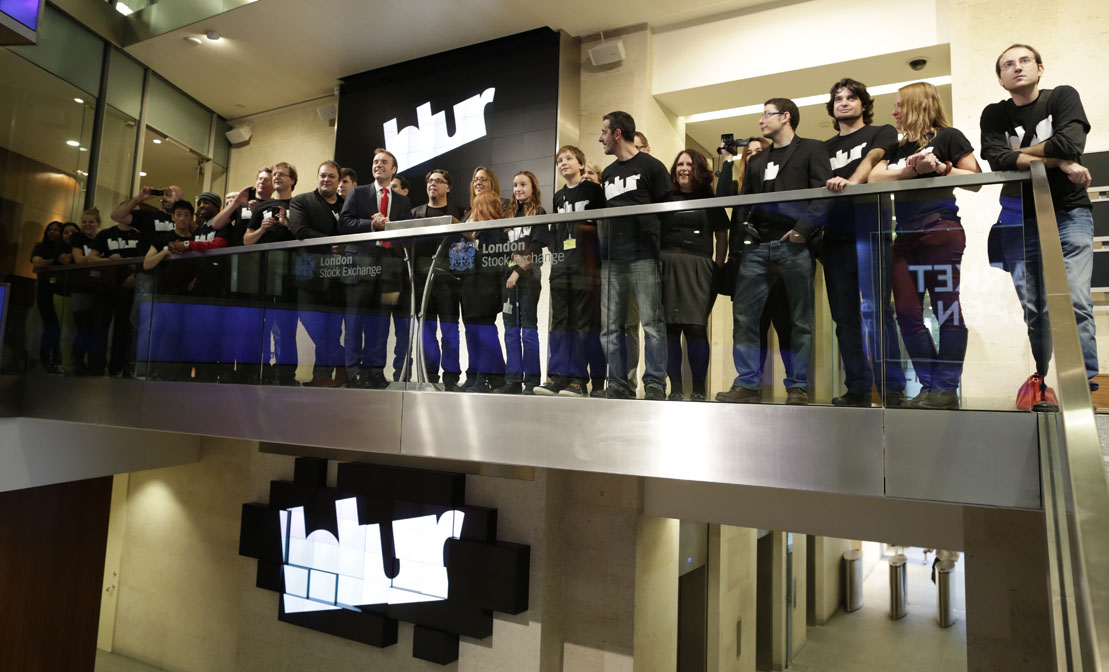 It’s very simple – we’re an s-commerce platform and just as e-commerce vendors build their business by increasing the number of customers who buy, who increase the number of sellers and then work out the most efficient way of delivering goods, we’re doing this for businesses who want to buy and sell services. All the way from stating a requirement, buying and managing a project out to payment. blur’s s-commerce platform means that we can easily add apps that enhance all parts of this process, increasingly automating it and making our business ever more capital efficient.

What has been key in helping you grow the business?

At the moment we don’t really have any competitors, we’re disruptors in the market, which has helped our growth. Our main competitor is the old-fashioned, dated perception people have been given by large, incumbent service providers out there who tell businesses they need to do things in a certain way. Believe me, by 2020 everyone will be doing services the blur way.

Who are your customers and how did you initially get them?

We cater for an enormous array of businesses and offer them an opportunity to do services in a different way. Any company looking to find or deliver a service in the creative, media, IT, legal and accountancy fields can submit or respond to briefs online in the Global Services Exchange at blurgroup.com – we receive over 100 briefs a month.

What makes a 'lean' startup & how important was ensuring blur was run as a lean startup for you?

I’ve been an advocate of capital efficient businesses – the lean startup which not only benefits the business itself but makes it easy for customers and all stakeholders to interact without paying for excessive overheads and inefficiencies. But most important to us is not so much the lean startup but how to carry those benefits forward to the lean business. Now that’s much more interesting.

What was key to keeping it lean?

The changing world of IT was one of the biggest factors: we positioned ourselves in the cloud before most of the world had heard of it which meant that we could scale to enterprise strength in the most cost-efficient manner and of course meant that we could be a global solution without having to have physical bases. The cloud is the biggest enabler of crowdsourcing models and the biggest friend to lean startups. 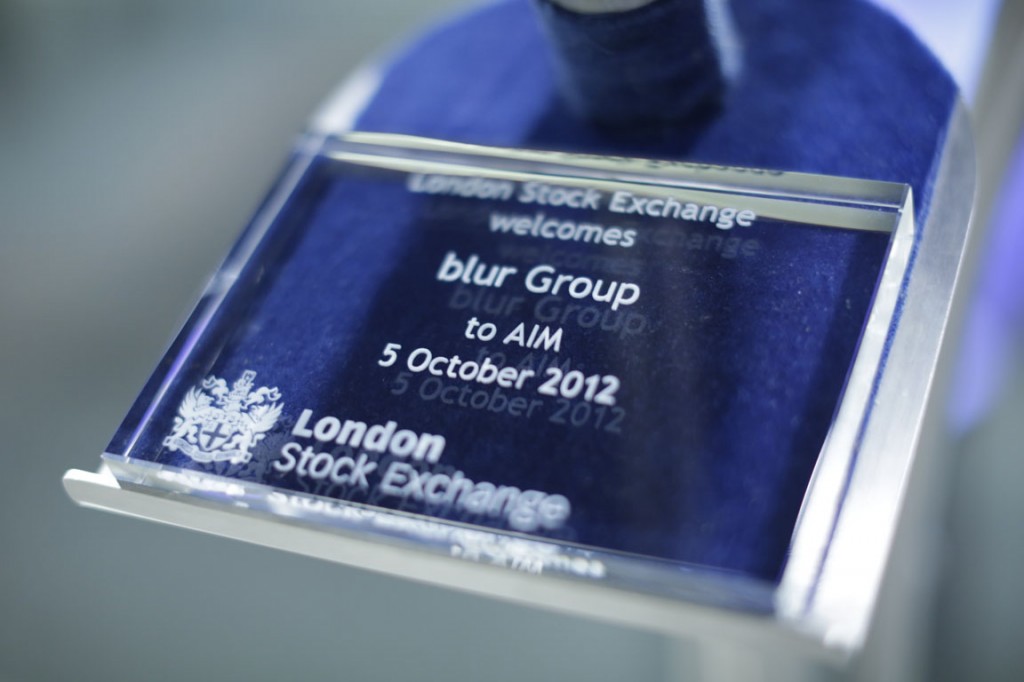 Last year you listed the company on AIM, why did you decide to IPO at this time?

When we first started operating we knew we had to be different and in particular build a business that would be in it for the long-term. And to create an even rarer breed – the successful global UK tech company.

Last October we launched on LSE AIM. From talking about the idea of IPO at the end of 2011, we began testing the sentiment with public investors and then we took off on the roadshow in September. We decided to IPO as we wanted the capital to help fund our growth while still remaining independent.

There seems to be a lack of UK tech company IPOs, why do you think this is?

It’s hard to say but I’d suggest they don’t have the confidence in their infrastructure to take on such a change. The IPO has been fantastic for blur and an overwhelming success but it’s also an arduous process.

I wouldn’t advise anyone to take this on unless they have an experienced team around them and a proven product. When you’re growing fast you don’t want to become distracted and lose focus. If the IPO means you’re not focusing on your business, it’s not the right thing for you. And of course we seem to have developed, particularly in the tech world, a tendency to believe that success is selling your business to a US company – and if that’s sold as the aspiration then UK Tech company IPOs will still be in the minority.

How does blur Group stand out against its competitors, what makes you different?

At the moment we don’t really have any competitors, we’re disruptors in the market. Our main competitor is the old-fashioned, dated perception people have been given by large, incumbent service providers out there who tell businesses they need to do things in a certain way. Believe me, by 2020 everyone will be doing services the blur way.

What has been your biggest challenge so far at blur Group?

Starting the commercial role out of blur Group the month after Lehman Brothers collapsed did present us with a considerable challenge, given that market confidence was low.

And how did you overcome this?

We remained determined and by sticking to our core principles we managed to navigate through the situation.

When did you become aware of the whole crowdsourcing concept & what role do you think it'll play in the future?

Without realising it we were doing our version of Crowdsourcing from 2006. I saw that open sourcing had potential and that crowdsourcing was the way that fitted with changing working practices, porous organizations and a flatter, more global meritocracy for every business.

What advice would you give to any early stage entrepreneurs with big ambitions?

Just get out there and do it! Have an idea, believe in it, surround yourself with great people who share your vision and go full throttle. In fact I wrote a framework to help businesses do that, and have made it available to everyone at innovate.blurgroup.com