I’m buying a bus, is it worth the risk? 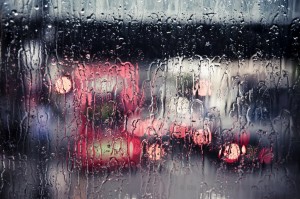 Yep as the title suggests I'm buying a bus, alongside my good friend George Johnston.

My name is Rishi Chowdhury and I'm one of the founders of YHP.

Together, George and I are in the midst of planning Incubus (thanks to bloke at drinkabout for the obvious yet awesome name. And we thought Momentum was good!). It's obvious because we are planning an Incubator on a London bus!

I'm a on a bus right now, contemplating the future. What possibilities lie ahead. I haven't felt so excited in a while, and I'm easily excited!

I thought I'd document my journey as I plan to embark on this new project.

On Monday George and I plan to take a trip down to Purfleet to a bus garage, where alongside our videographer we plan to make a start on our Kickstarter campaign. Yep we're going down that route!

Today the planning process was structured, tasks were set and we've already had plenty of interest. The project is certainly press worthy.

People have genuinely been intrigued and supportive of the idea. Just tonight, whilst mingling with the entrepreneurial folk down in Tech City a certain startup journalist for one of the biggest tech websites in the world noted the fantastic possibilities and ingenuity of the idea. He wasn't the only one; we received a great response from virtually everyone we talked too which helped validate the idea.

One thing I would say is that if you have an idea, no matter what it is, share it! Let people know; you never know who can help you in some way. In fact it's often those that on the surface you might not feel relevant that end up helping you most!

We certainly found lots of inspiration and useful intro's just by sharing.

The next few weeks will be as busy as ever as we look to secure the funding we need to get this off the ground and hopefully even hit our stretch target.

Buying a bus isn't the safest of investments but hey, a savings account isn't as fun!

It's funny because I've always hated travelling by bus; and now I'm on my way to creating a future defined by one!