Giuseppe D’Antonio makes sure his life is filled with excitement and adventure. “Living a life that is never boring” he said during our interview. Giuseppe spends his time playing the piano, performing in theatres, supporting and sponsoring a scholarship program and teaching occasionally at the State University in Milan.

His latest start-up, CircleMe, provides a new way of experiencing the web, allowing users interaction with each other based on the interests they share. 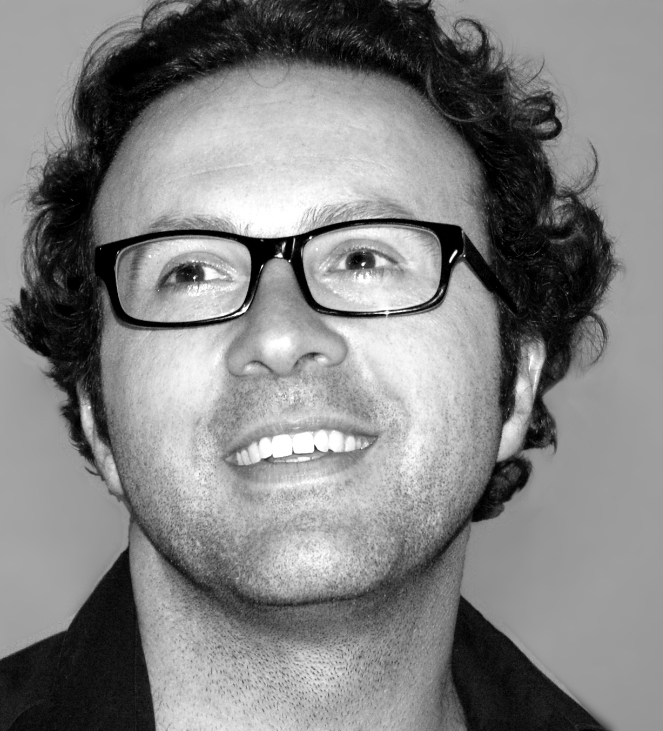 Hi Giuseppe, Thanks for doing this. How are you doing today?

I am doing particularly well in these days. Our efforts and energy we have poured into CircleMe are starting to transform in many rewarding moments, and this makes me even more excited to do more! Having said this, ups and downs are very common in a start-up, so perhaps you should ask me tomorrow as well. ;)

Well, I am originally from Italy, even though I have lived more than 13 years abroad, especially in the USA. I have an engineering background, and soon after graduating from Purdue University I started my career in tech in the US. After few years around the world, working for some great companies and getting an MBA from INSEAD, I decided to come back to Italy, where I joined Google, which motivated me then to become a true entrepreneur. I tend to live a life that is never boring and full of very different passions: I play the piano, perform in theatres as an actor and tend to be very involved with the academia, supporting and sponsoring a scholarship program and also teaching at times at the State University here in Milan.

I got involved initially since I knew the VC backing the venture Cascaad. They asked me to help develop some business ideas in relation to the technologies that were developed up to that point. The technologies were very interesting, and they allowed to analyze the influence of users in a social network, based on the topic being discussed.

How did the idea for CircleMe come about?

In the process of trying to understand how to best make a business out of the sophisticated technologies developed by Cascaad, Erik Lumer (my partner) and I came up with the idea to develop a next-generation social network in which focus would be given to the individual. The problem we wanted to solve was the one of surfacing the most interesting content and services for a specific user, based on what s/he really cared about. We knew we had the technology to do it, and the idea to revolutionize “serendipic discovery” really excited us.

After fund-raising (which by itself is a very hard task) and building a strong team (which fortunately was mostly already in place thanks to the initial work with Cascaad), I would say that keeping focus so to develop a Minimum Viable Product and launch it in the market as soon as possible was not easy, because often you tend to believe that the product is “not good enough” and so you fall in the trap of keeping on adding things before deciding to launch. A second challenge was to have the ‘world’ notice you: this is the classic challenge for 90% of start-ups, which have no marketing budgets and no brand to leverage to get known by the public.

What is CircleMe? And what are you trying to solve with it?

CircleMe (http://circleme.com) is a new way of experiencing the web, in which people can focus firstly on what they really care about in life (all their interests and passions) and then the system will help surface content and services that are related to these interests. Furthermore, in CircleMe people interact with each other based on the interests they share. Finally, thanks to our technology and algorithms, CircleMe can then suggest to users new potential interests to discover, such as a new rock band, a new artist or a just released book by the author that they love. In short, with CircleMe we are trying to solve the huge problem of content distribution and filtering, fostering serendipic discovery but in a smart way, by learning about the user and what s/he truly likes.

We have been lucky to be backed since early in the project by one of the biggest early-stage VC’s in Italy, Innogest Sgr.

What advices would you give to entrepreneurs looking to raise funds for their startups?

There are so many things to advise other entrepreneurs about, especially in the arena of fund-raising. Three initial tips: (1) raise funds only if you really need them; (2) partner with investors only if you trust and like them – they will become part of your startup-family; (3) make sure you have a good story to raise funds, which implies having a good balance between a compelling idea, an interesting market, a great team, and some concrete work and achievements already to ‘brag about’.

Excitement is always there. When we were developing the product, it was of a certain type, then it became excitement to see finally the product launched and the initial positive feedback we got from the press and from influencers. Then it was for the great engagement we got from a very small niche of passionate users. I have to admit that there is no week in which I am not excited about something related to CircleMe.

I would not say that we are “there” yet with traction, but we see some good signs. Initial traction came through the great press coverage we got all around the globe: from USA to Japan, from Brazil to Russia, we have received great reviews by excellent publishers, including Forbes, Wired, TheNextWeb, Mashable, TechCrunch, CBSNews, WashingtonPost and many others. Now, we are starting to see our virality factor increase, and of course we hope that this will make us grow substantially in the future.

Being a pre-revenue startup, perhaps it is premature to talk about “business”. What we have done and continue to do regarding the growth of the community though is to focus on engagement and virality, so we keep constant attention on a group of specific metrics that signal to us if we move in the right direction or not. Virality factor in the last 6 months has been showing some very positive signs.

The highlight has been probably the different way of life you start living when you become an entrepreneur. Suddenly, all professional certainties disappear (i.e., the good salary, the potential career paths, the company benefits, etc.) but while these things fade away, so many exciting prospects come to life. You discover you can entirely shape your own future (making mistakes along the way, of course); you become responsible for the failures of your company, but also for its successes; you can choose to work with great talented people whom share your same vision; you can go to work every morning more excited than the day before. And this, in life, is perhaps the greatest wealth a job can return back to you.

What should we be expecting from yourself and the CircleMe team for 2013?

CircleMe in 2013 will certainly open up to many more users, by developing the solution for new platforms (Android as a #1 priority). You will also see new cool features added and integrations with content and service providers (along the lines of the ones we did with iTunes and Songkick). More things to come, but let’s leave some also as a surprise!

First and foremost, work on something you are passionate about. Secondly, do not believe that making money can be defined as a “passion” (it is just a consequence, sometimes). Thirdly, do not attempt to be an entrepreneur part-time; or at least, sooner or later, make the ‘jump’. In short, as an entrepreneur live your life with all the passion that resides in you!