Just get started, build a minimum product, and test the water – with Tom Packer of Mindwork Labs

Tom Packer is Founder and CEO of Mindwork Labs, the start-up he calls an umbrella company which allows him to incubate and foster different ideas. At the moment, he is currently focused on MyDeals which soft launched in June of 2012 and has raised exactly £1.5million to date from his long time business partner, Mark Pearson. I invited Tom onto YHP to find out more about the business. 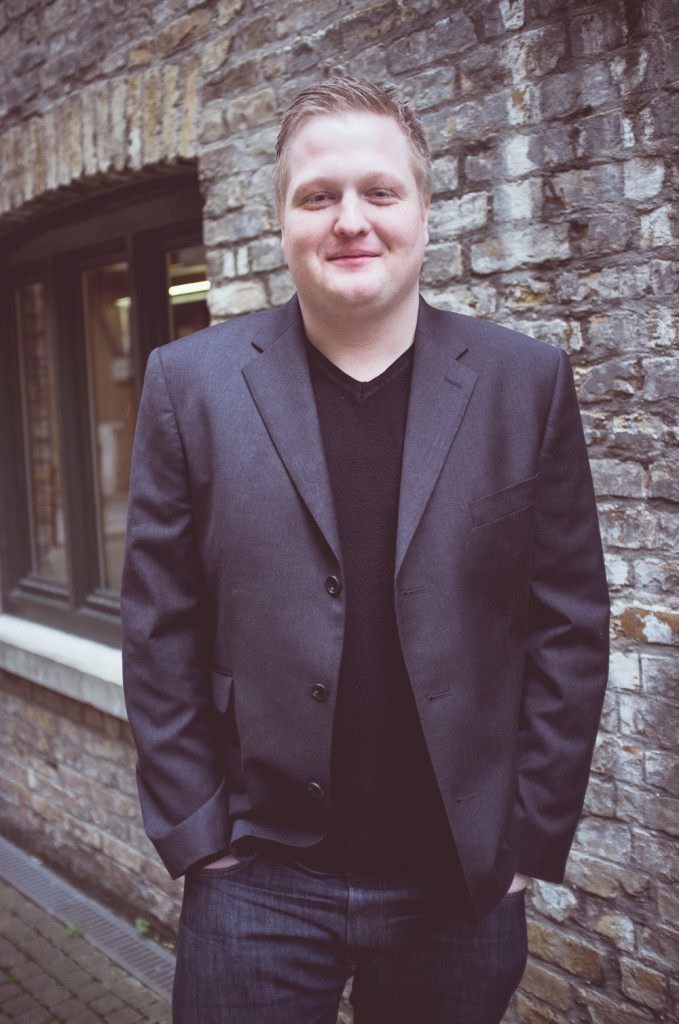 Hi Tom, Thanks for doing this. How are you doing today?

Hi Joseph, It’s my pleasure. We've been slaving away, you know how it is. I’m very well though, thank you.

Sure, I’m the founder and CEO of Mindwork Labs, which is a small company in central London with around 10 staff, I’m originally from a town called Rotherham in Yorkshire and moved to London (for a second time) last year.

To be perfectly honest I don’t really remember a time when I wasn’t interested in business, my mum always says I’ve always been entrepreneurial, at the age of 4/5 instead of messing around with toys I was posting leaflets through friends and families doors offering to do their gardening for them, I had 4/5 people on our street I’d go around and pull the weeds out to earn a fiver.

In terms of “real” business, I’d always had an interest in technology and I’d been playing around with building websites for a number of years and then someone approached me to build their website offering to pay me, I clicked on pretty quickly then that this playing around could be quite lucrative, and I then started doing that for others – I was 14/15 at the time and earning a few £100 a site, Which I thought was the best thing in the world at the time.

Doing web development eventually lead me to work with Mark Pearson for the first time, and eventually to starting Mindwork Labs as a result of that. I guess overall it’s just been a natural progression.

How did the idea for Mindwork Labs come about?

I’d worked with Mark for a couple of years and left and did my own thing for a few years then Mark got back in touch and we decided to do something together again as we’d worked well together before.

We’ve been incredibly lucky in the sense that we’ve been able to put resources behind the business, but the hardest thing even with resources is finding good people. I think this is always a problem for early companies, getting people to buy into the dream. Once you get a small core of people to buy into it things become much easier.

What is Mindwork Labs? And what are you trying to solve with it?

Mindwork Labs is an innovative umbrella company for a number of projects. With so many new ideas and not enough time and resources to take them to their full potential, the plan at Mindwork Labs is to start with one great project and after it's proven successful, we will reinvest more time and money into more projects.

What's really exciting about this approach are the endless opportunities it gives our staff. If they choose to buy into the company and the direction we're headed and they work hard, their own ideas for projects within the company can be brought to life and they may even lead these projects themselves! It's really a great way for ambitious people to join us and in turn, follow their own dreams. For us as a company, we get to keep great people around.

MyDeals.com at face value currently is just another voucher code site, nothing special or impressive but that’s clearly not the plan, I’ve often had people asking why another deals site, but all will become clear over time.

We feel the approach that’s been taken to date with deals, sales, online retail in general is broken, you find these huge sites with millions of members, throwing out the same email to all of them, we don’t like that.

We’re building technology so that ultimately My Deals will be exactly as it says on the tin, Deals for you, deals you’re interested in.

How we’re going to do that and the specifics, well, that’d give the game away so we’ll keep that to ourselves for now!

How have you been able to fund it?

We we’re very very lucky to have Mark willing to back us from the start, after a few discussions about where we wanted to go he really bought into our vision and has since put further money into the company also, but I have to stress that this isn’t how things usually work – It’s usually a lot harder to raise money, especially if you’re looking for a substantial sum.

What sorts of advice do you having for entrepreneurs looking to raise money for their start-ups?

The biggest mistake people make is having this dream plan of raising millions of pounds just from an idea, in the real world that kind of thing happens very very rarely.

What you need to do is start, You need to work hard and start producing something, go to meetups, get involved in your local tech community and if you’re working on something really great, eventually those connections are made and you’ll find the money if you still need it.

The other thing I would say is don’t just accept any money, if the deals not right for you then you sometimes have to be brave and turn it away.

It was a big move for myself, and for our CTO Mike. We both moved down to London once we signed the investment deal, so that was a pretty exciting time and seeing our company featured in the media when we did raise money was quite surreal.

The attitude here is still exactly the same, we all work every hour we can to try and build something awesome, it still feels like we’re only just getting started despite being over a year old already.

Myself and Mark have been in the industry for a long time, first with MyVoucherCodes and now with MyDeals so we’ve picked up a trick or two over the years and that really helped us get some initial traffic, after that to be perfectly honest the growth has astounded us, it’s been under a year and we’re already getting over 10,000 unique visitors a day and generating millions of pounds in sales for the retailers we work with.

We also just worked, and carried on working like our lives depended on it, responding fast to issues, pushing new features, improving the site.

Getting a great team has been the single most important thing, We have an absolutely brilliant core team here now all of which are dedicated to growing the company, We’ve also been very selective over who we’ve hired and making sure they fit into the team and really buy into the vision of the company – there are no 9-5ers at Mindwork Labs.

We also got involved with organising Hackathons and tech events, this helped get people in the community talking about us (and got people wanting to work for us too!)

We had our millionth visitor the other day, that’s pretty cool? It was also really cool to acquire our first company and bring our now CMO, Will Roberts into the company but in general, I don’t really have highlights. I just have goals, and once I reach those goals I set more so I’m always working towards going further, I don’t think that will ever change.

What should we be expecting from yourself and Mindwork Labs team for 2013?

You can certainly expect to see MyDeals to differentiate itself from the competition; we’re only a couple of months away from some really exciting stuff happening there.

We also recently raised a new round of money to build a platform to help people make money from their users and content, that’s really exciting for us and we think there is big potential there. That was launched 1st May .

Just get started, build a minimum product, and test the water! The response you get to that will give you an indication of the direction you should take from there. Anyone can learn enough code to give their idea a start. A good friend has just started learning and she’s already well on her way and she’s really enjoying learning too.

Don’t be scared of failure, This is such a big thing in my opinion – people are so scared of failing that they never even start, what does that achieve? You can’t succeed if you don’t try; it’s still a failure if you don’t try In the first place anyway so you may as well give it your best shot.

Implementation is more important than the idea, don’t be afraid to share your ideas with people, if someone can beat you just by knowing you’re idea then you’re already off to a bad start.