A lot of entrepreneurs go through an accelerator program and strike gold, and others not so much. Over the past few months, we have seen an influx of accelerators being opened across the UK (good news) but I wanted to find out how good the news was so I invited James Pursey, a graduate of the Oxygen Accelerator Program over on YHP to find out. 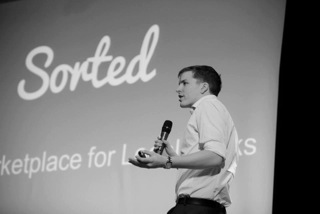 Hi James, It’s been a while since we last spoke? Everything seems to be going well and very fast?

Hi Joseph, it sure has! Lot's has happened in the last few months; we went through an accelerator programme, got a decent number of registrations, changed the model slightly and raised some cash.

Glad to hear that, why don’t we start by talking about your experience at Oxygen Accelerator? How did that come about?

We actually heard about Oxygen really late in their selection process, 1 hour before they closed their applications! We rushed through our application and fortunately they read enough to want to bring us in for interviews, that went fairly well and then we started the programme in October.

Ok great, tell me about your experience at Oxygen. Is this something you would advise other start-ups to do?

I don't think they're for everybody. As clichéd as it sounds, it's called an accelerator for a reason, you're doing months if not years’ worth of work in just a few weeks, under immense pressure. So the obvious things you get better at are time management, working to deadlines, working under pressure etc.

Going into Oxygen, we were sceptical of the 'lean startup' methodology; I wrote a blog post about why here. Oxygen teach by lean principles and now that we gave it a crack, I can confidently say it's cost efficient, time efficient, and an awesome way to build a company. We listened to our users, and it changed a lot about what we were doing, funny how that happens!

What’s been the difference this time around, comparing your other businesses, what are you doing better now?

We're thinking bigger, much bigger! The things I tried at university were designed to work on campus and potentially scale up across the UK into reasonably small turnover companies. The vision with Sorted is so much more; we're looking to disrupt a global market as quickly and as efficiently as possible.

We have a great team, we've hired really well and it's being demonstrated by the early growth we're seeing.

You also changed the business model; tell us the reason behind that decision?

We spoke to our users and looked at what the data was telling us. The feedback was overwhelming, the reverse-marketplace model just wasn't intuitive enough and it posed trust issues that people weren’t used to. We got loads of people in for focus groups and this is what we came up with:

The new look Sorted has a similar interface to popular room renting service AirBnb. You land on a beautifully designed page with a search box in the middle asking you to detail your task. Sorted then applies your task needs as filters to its Sorter database and returns the best people for your needs. Each Sorter has created a detailed profile, linking their social networks and choosing their rates and tasks, so you can browse through and see who you like the most. Sorted also holds your payment until you say the job has been done, so it's about as safe as you can get.

You’ve grown from 600 to 15,000 signups since we last spoke which is huge. What are some of the most crucial things that you have done to grow it?

Changing the model is one of the biggest reasons, we're now building something that people really want and are ready for, and that was validated by our alpha users. People are talking about Sorted, when we register someone they tell more, it's not a viral loop as such, it's just neighbours helping each other out! Now that the platform is live, we are concentrating on building tools that maximise people’s ability to 'help others' and grow the platform.

We have also partnered with a number of awesome organisations, and taken out some advertising deals with companies hitting our key demographics.

That’s really great James, let’s quickly talk about raising money. I know you’ve managed to raise some money along the way, what advise can you give to first-time entrepreneurs looking to raise money for their start-ups?

Take every negative you get and flip it into something good, instead of being too young and inexperienced. Be hardworking, passionate and bring a new way of looking at things. Instead of having had failures in the past, you've had things that didn't work out but you've learnt from it and are a better person off the back of it. All that sort of stuff.

Never underestimate the power of an awesome pitch, a simple PowerPoint deck and a 10 minute slick speech can get your foot through the door with so many people. The key to closing them is to appear just as confident in your 1-2-1 but without the bravado of a pitch.

I know you guys recently apply for the YC program, why move to the US? What do you think the UK ecosystem is lacking to be able to keep its entrepreneurs?

I think the UK tech scene is actually pretty good, it's certainly a lot better than it was when we started Sorted 12 months ago. The US is a big market for us, and the investment scene over there is more established. It's not that there aren’t investors in the UK, but they value companies differently, and there's so much confusion between valuations from angels, funds, VCs etc.

What’s next now for Sorted? Series A?

So we have some very aggressive targets in place for capturing the UK market and proving that the new model is the way forwards. There will be more funding in the future, we will need substantial investment to realise our aims and really become a dominating brand in this industry.

1) Don't be scared of anything, every single negative somebody throws at you can be flipped in your favour.
2) Don't listen to people telling you that you can't do something, try it and see for yourself.
3) If something doesn't go to plan, it doesn't mean what you're doing is flawed, keep tweaking and changing things and if you're on a good path then you'll get their eventually.

Our 15,000 users includes 12,000 Sorters who have collectively signed on for 9 categories... 40,000 times! Sorted now boasts dog walkers, cleaners, admin workers, DIY helpers and more, in every major city in the UK.

So if you want to outsource tasks to local Sorters, log onto www.sortedlocal.com