Over the past few years the rise and rise of young entrepreneurs in the UK has been evident and one 27 year old tech entrepreneur has been particularly impressive. Rajeeb Dey is the founder of graduate platform Enternships, the social enterprise Student Voice, which works to empower school students by giving them a voice in education and also co-founder of StartUp Britain, the national campaign to inspire, accelerate and celebrate entrepreneurship that was launched by the Prime Minister in March 2011.

Today Rajeeb Dey continues his success having been honoured with the Queen’s Award for Enterprise Promotion. 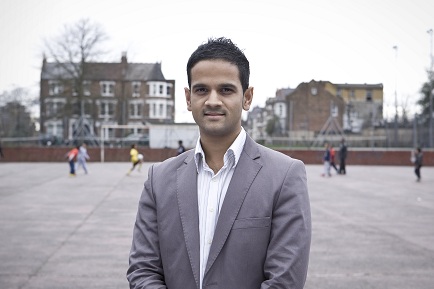 The Award, bestowed by The Queen on advice of the Prime Minister to up to ten individuals, recognises those who have played an important role in promoting enterprise skills and supporting entrepreneurs.

Upon learning of the Award, Dey said:

“It is an absolute honour to receive such a prestigious award. At a time of unprecedented levels of youth unemployment its essential we all play our part in supporting young people in seeing entrepreneurship as a viable and rewarding career path. Through Enternships we have been able to connect students to entrepreneurial internships in thousands of businesses, many of whom have gone on to launch their own ventures."

I asked Rajeeb, what he would put his success down to?

"Following my passion and being trying to help those around me. I firmly believe in trying to make a positive impact in society and doing what you love and thus far that ethos has served me well!"

I also asked him, what he thought were the most important actions that any young person out of school or college or uni could take to give them the best chance of employement or start their own business?

"Have the courage to just start. Far too often you can get bogged down and suffer from 'analysis paralysis' whereas its best to just get going and learn as you go along in my opinion. In terms of getting employed - a lot of employers are looking for an entrepreneurial streak so if you can demonstrate that by getting involved in entrepreneurial clubs, perhaps starting a side project or business whilst studying - these demonstrate strong transferable skills which employers are often looking for." he says.

"Networking also plays an important role - make sure you take every opportunity to attend business events, meet new people share your ideas and passions and be open minded as to where a conversation may lead you!" he adds.

I like the way Rajeeb puts it when he says, 'analysis paralysis', to often I've seen people suffer from this and talk themselves out of starting and later regret it.

I hope Raj can be an inspiration for some of you and maybe in the future you will be the young entrepreneur being honoured by the Queen!