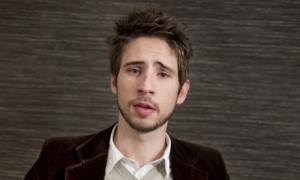 The idea had come to the young Dominic while searching on the internet for the credit card Visa but had misspelt it as Viza. Viza was a US based company that specialised in selling scooters. Dominic had always wanted to get his own scooter but could not afford it and neither could his parents.

Determined to get a scooter, he contacted the company and offered to sell for them scooters in UK. The company agreed to send Dominic 5 scooters and if he was able to sell them, he would get the sixth one free. In order to afford the 5 scooters, Dominic got into business of selling some gadgets in Japan and before long had enough money to order for the 5 scooters. He managed to sell all the scooters to all his friends in the neighbourhood and soon there was a demand for more and more scooters, selling even thousands of scooters per week.

By the time he was 15, Dominic had a reported 15 million pounds. For Dominic, he says it was better for him to deal with companies over the internet because he never told them is age and they did not find out.

They did not know the person on the other side of the computer was a 13th year old boy who was having his cheques singed by his mother. Most companies would be unwilling to conduct business with anyone below the age of 21.

‘I didn't set up in business for the money, I did it to prove that teenagers can achieve success. Kids are always being told, "You can't do this, you can't do that.’

And by the age of 18 he was appointed by Her Majesty the Queen as a pioneer for Britain in Entrepreneurism.

In 2004 Dominic got around with another young entrepreneur Simon Tate whom they set up a new company together called Kew Health and Beauty.

As of 2006, he was worth £7 million according to the Sunday Times Rich List. Dominic runs a portfolio of business interests from fashion and music to media and cosmetics.

In August 2009 it was reported in Marketing Week that his business interests have expanded into magazine and website publishing which includes the acquisition of men's lifestyle magazine Front making him the UK’s youngest national magazine publisher.

In 2009 Dominic was named Britain's second most influential business person under the age of 30 in The Sunday Times 'The top 30 power players under 30'.