When will VeVo Launch?? 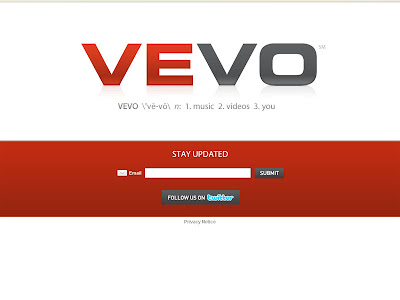 I am still waiting for when vevo will launch, it was expected to have been launched two months ago.

Information via techconnect Magazine
Announced in April as the next great thing in music and video entertainment, Universal Music Group and YouTube's VEVO service is getting more support as Sony Music Entertainment has just revealed that it wants in on the upcoming action. With VEVO, which will be available via a new YouTube channel and on VEVO.com, Universal and Sony will deliver music fans a large catalogue of music videos from signed artists for viewing and more viewing.
"We are delighted that SME has joined us in this exciting new service that will further transform premium music content into a legitimate commercial enterprise that benefits fans, artists and advertisers," stated Mr. Morris. "VEVO will harness the power of the enormous traffic generated by YouTube and direct it to a dynamic destination created specifically for consumers and advertisers alike."

A launch date for VEVO still hasn't been provided.